Residential house and the Consulate of the Swiss Confederation

Author of the project J. Paulauskas

Landowner T. Dambravičienė is still considered to be one of the founders of Kačerginė resort. In 1920  she acquired large plots of land here and began to build the first cottages for rent. However, the death of the landlord’s husband worsened her financial situation, so she began to subdivide part of the large area of ​​land she owned into smaller plots and sell it. Three plots of land surrounded by P. Mašioto, J. Zikaro and Šaltinio streets were acquired by different owners. Two of them were bought by sisters Pranciška Ona Skomskienė and Zofija Valtienė and summer houses were built here. Both of them were designed and built by their brother Juozas Paulauskas. 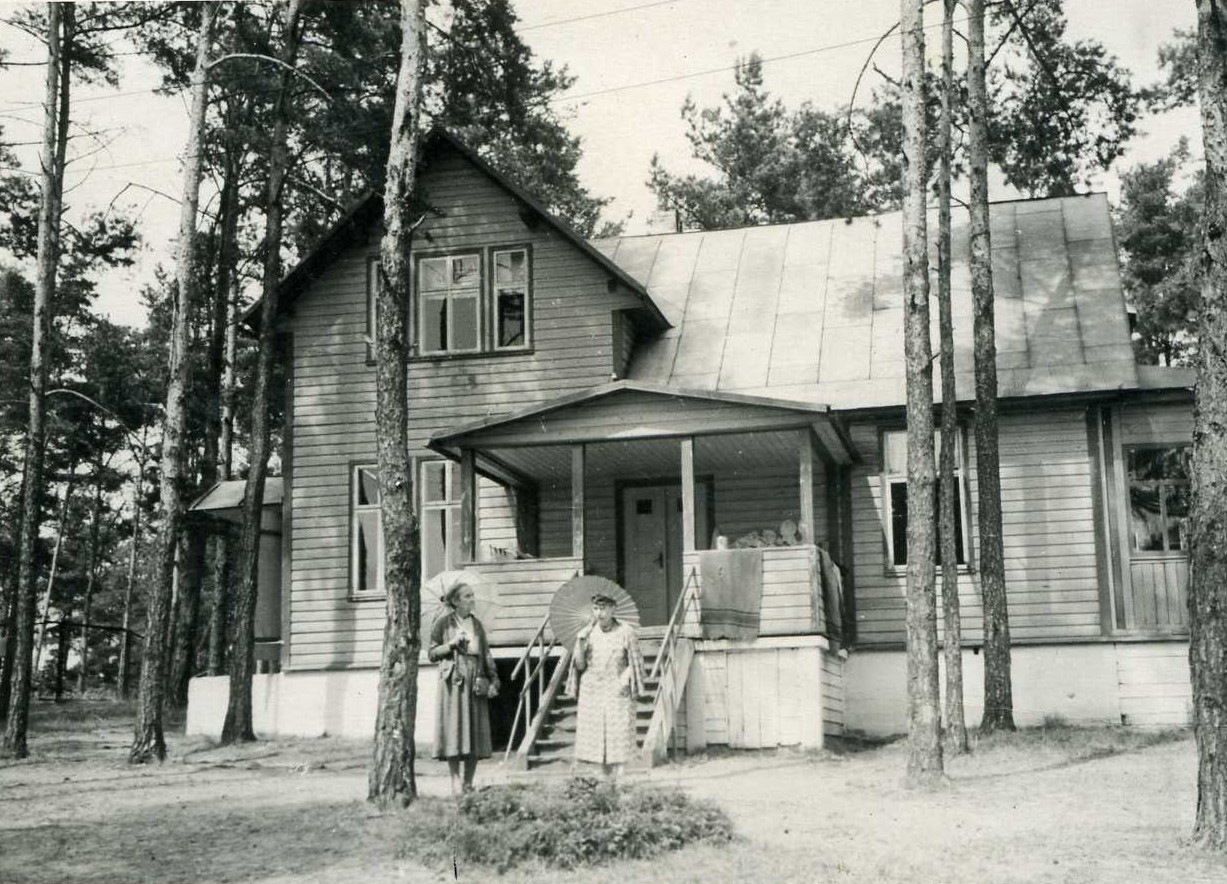 Villa in 1930s. From a personal archive of M. Vasiliauskienė.

Designed by the same person, these summer houses also had individual features. The villa of Zofija and her husband Jonas, a lawyer, was called “Valtienės vila” (Villa of Zofija Valtienė) and it had a wooden tower typical of the resort architecture, which has survived and protrudes in the crowns of trees to this day. During the Soviet period, a kindergarten for childrens of the army officers was established in the villa, and later it was sold to Kavaliauskai familly from the nearby village of Pypliai.

Text by Ž. Rinkšelis. We thank J. Jurkonienė for the collected information.