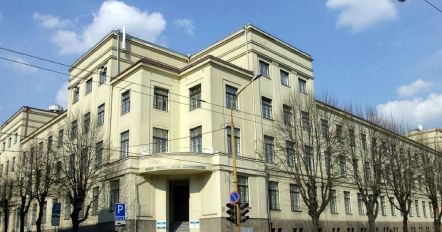 The printing house that was turned into a University

This is the first large state edifice built during the period of national independence (1918–1940), the first to be built as a result of an international bidding competition, and the first designed by a foreign architect. The German architect`s victorious design was amended by specialists from the Lithuanian Reconstruction Commision and the Berlin company (Becker-Fiebig-Bauunion) that executed the construction. 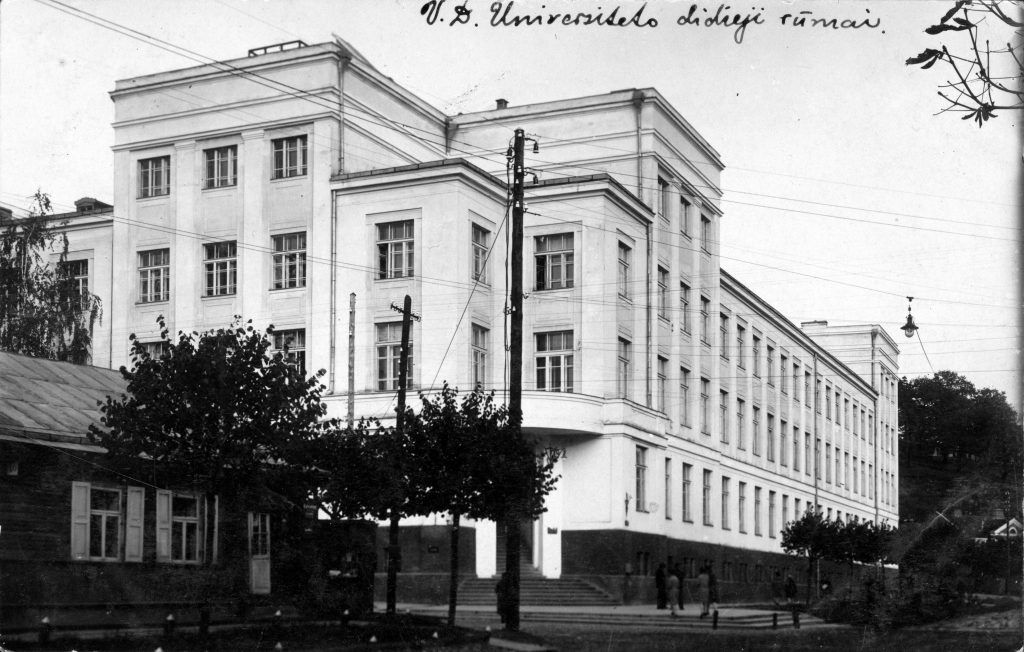 Grand Palace of the University, 1930–1935. Photo by Kaunas University of technology Museum.

In 1929 the building was turned over to the Kaunas university (given the name of Vytautas Magnus University in 1930). The redesign was created by the architect Vytautas Landsbergis-Žemkalnis, who transformed the industrial spaces into compartments according to the corridor system. In the Gediminas Street part a portion of the building was occupied by the Ministry of Education. 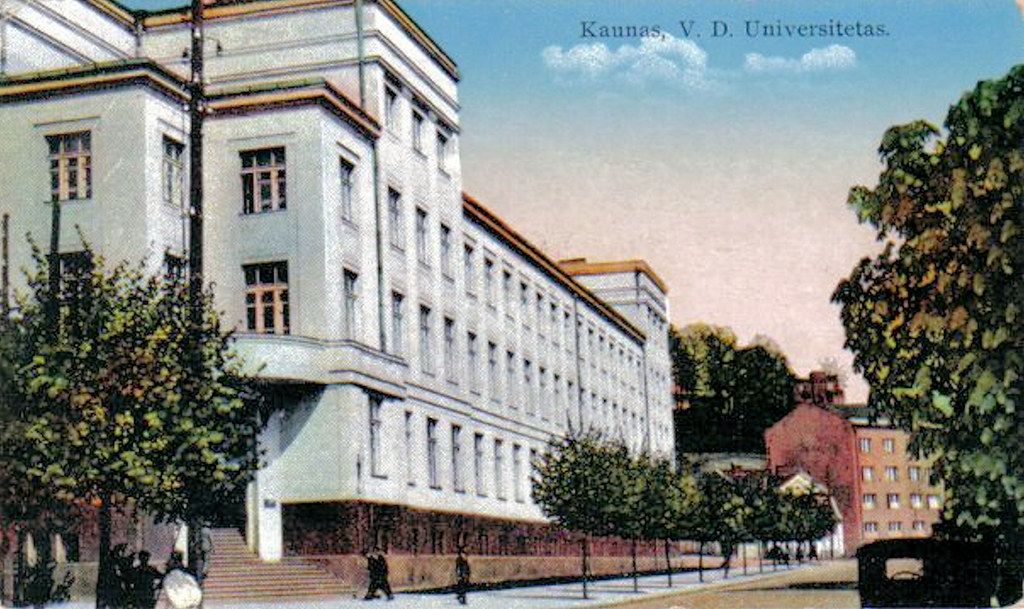 The building is of an asymmetric L-shape plan and consists of two corpuses. The architectural expression is reserved and plain. The strictly rectangular spaces make up a clear constructive composition whose monotony is constituted by uniform elements arrayed in a uniform rhythm. The intersection of streets and buildings is accented by a corner exit/entry with a solemn staircase covered by a rounded balcony of similar form. Those contemporaries who were promoting the quest for a uniquely Lithuanian architectural style held this building to exemplify a type of German classicism that was alien to Kaunas.

Video presentation of the building