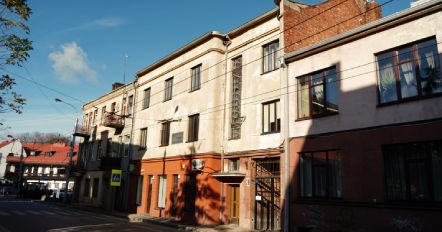 Until the 19th century pharmaceuticals were manufactured in pharmacies. However, after the First World War, the accelerating pharmaceutical industry began to change drastically. In 1927 there was a writing in the German pharmacists’ newspapers:

“Pharmacy has been weakening in recent decades. The production of pharmaceuticals has moved from pharmacies to factories and laboratories, which have lost the character of a manufacturing company, have become intermediaries and pharmacists have become traders.”

During the interwar period, the pharmaceutical industry became a powerful force in the economies of the states, and its creation and maintenance was of paramount importance to all states. Therefore, it is not surprising that a lot of pharmaceutical companies and laboratories such as: Vaistija, Sanitas, GerMaPo, Galen, Almeol, Pharmakon, Hamonia were also found in Lithuania, which regained its independence and was trying to rebuilt the war-torn economy. Not all of them became big companies, nor not did all of them survived till 1940. But there where two very successful ones: Sanitas and GerMaPo. Both companies were spending thousands of Litas to publish numerous copies of advertisements and prints – it was a big but rewarding investment. Both have been cooperating with major foreign companies and investing heavily in quality and production improvement to compete with them. Sanitas was founded in 1922 and became the first tablet manufacturer in Lithuania. GerMaPo was founded a year later. It was not only selling drugs, publishing drug price lists and catalogs, it eventually became the most advanced pharmaceutical company not only in the country, but also in the Eastern Baltic region.

The company building of GerMaPo in Kaunas, 1931.

There were more than 60 company employs in 1939, and the production of organic preparations was organized by an engineer-chemist-biologist G. Pichon invited from France. An annual turnover of a company has reached 3 million Litas. In 1934 a new two-storey laboratory was built with the latest equipment, but in the long run its capacity was no longer sufficient – consideration was given to the construction of a new chemical plant.

Following the nationalization in 1940, the laboratories of GerMaPo, Sanitas and the Central Government Drug Warehouse were merged into one company called the Chemical Pharmaceutical Factory no. 1. In the post-war period, Sanitas remained the only pharmaceutical company in Kaunas.

The modern house of a modern pharmacist

Founded in 1923 the company GerMaPo was named after the names of the co-owners of the company: A. Gerdvilis, V. Malela and V. Podliaskis. In 1931 a pharmacist Vytautas Malela bought a plot of land on Nemuno Street, where he decided to built a modern three-storey house with ancillary buildings for his family. As it was usual for pre-war Kaunas, the owner of the building and his family settled on the second floor and the rest of the building was rented. Judging from the view on the ground floor of the building, it is likely that it was intended for commerce, with three large shop windows and two separate street entrances. 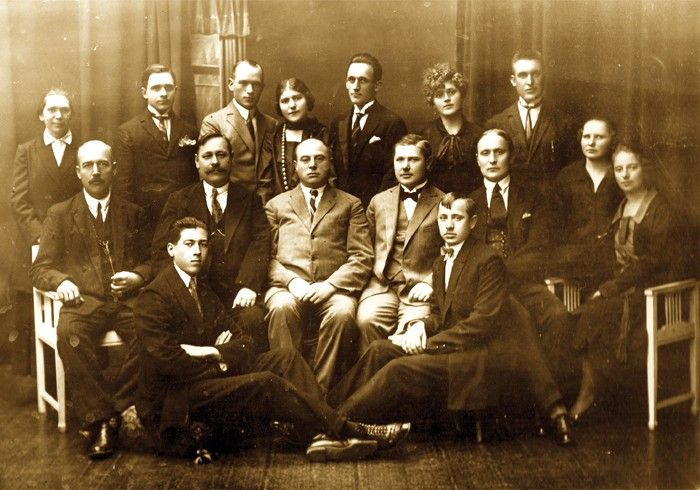 Administration of the company GerMaPo, 1930s. Lithuanian Museum of Medical and Pharmaceutical History.

After the Soviet occupation, only the Malela family escaped from the three co-owners of the company. In 1945 it emigrated to South America and settled in Buenos Aires. In 1950 Vytautas Malela opened a pharmacy there and worked until 1963. He died in 1978. The Podliaskiai family were exiled and died in Siberia and A. Gerdvilis was arrested and imprisoned in a hard labor prison in Kaunas. He died just months after returning home.

Today, the apartment, which retains its authentic layout, parquet, doors, art deco furniture and chandeliers inherited from its grandparents, is being cared for by the new owners of the apartment who are interested not only in the history of the house but also in interwar culture.

Thanks to the residents for providing information about the house!

Do you know stories associated with this building? – Tell us! This assistance is invaluable for Kaunas and Kaunas District as a contemporary European Capital of Culture 2022 and for those who want to know more about it. Let’s share our stories about architecture!