The builders of this house in the interwar period were Viktoras and Betty Rėklaičiai – an exemplary duo of active and social people of that period. After moving to Kaunas, Rėklaičiai decided to build up a private family house. It was designed by architect Klaudijus Dušauskas-Duž and built in 1933. Today this house is hiding in one of the blocks of Kaunas New Town, along with a group of other private houses, which are individually designed by different architects.

Viktoras Rėklaitis was an engineer and a public figure. He was born and raised in Marijampolė. Later he studied at the Institute of Naval Engineering in Kronstadt, earning a scholarship with a commitment to serve in the Tsarist Russian Navy. After his graduation, the First World war began. During it V. Rėklaitis participated in several military operations in the Baltic Sea. Shipping, engineering and machinery eventually became an integral part of his life, that left a significant footprint not only in Kaunas but also in Lithuania. After his return to Lithuania after World War I, he soon moved to Kaunas with his family. Here he was appointed the head of the Narrow Gauge Railway Board and served in the Lithuanian Armed Forces. In 1923 he co-founded a small machine repair shop with Arkadijus Cimbleris in Aleksotas, later reorganized into a “Machine and Machine Building Workshop”. 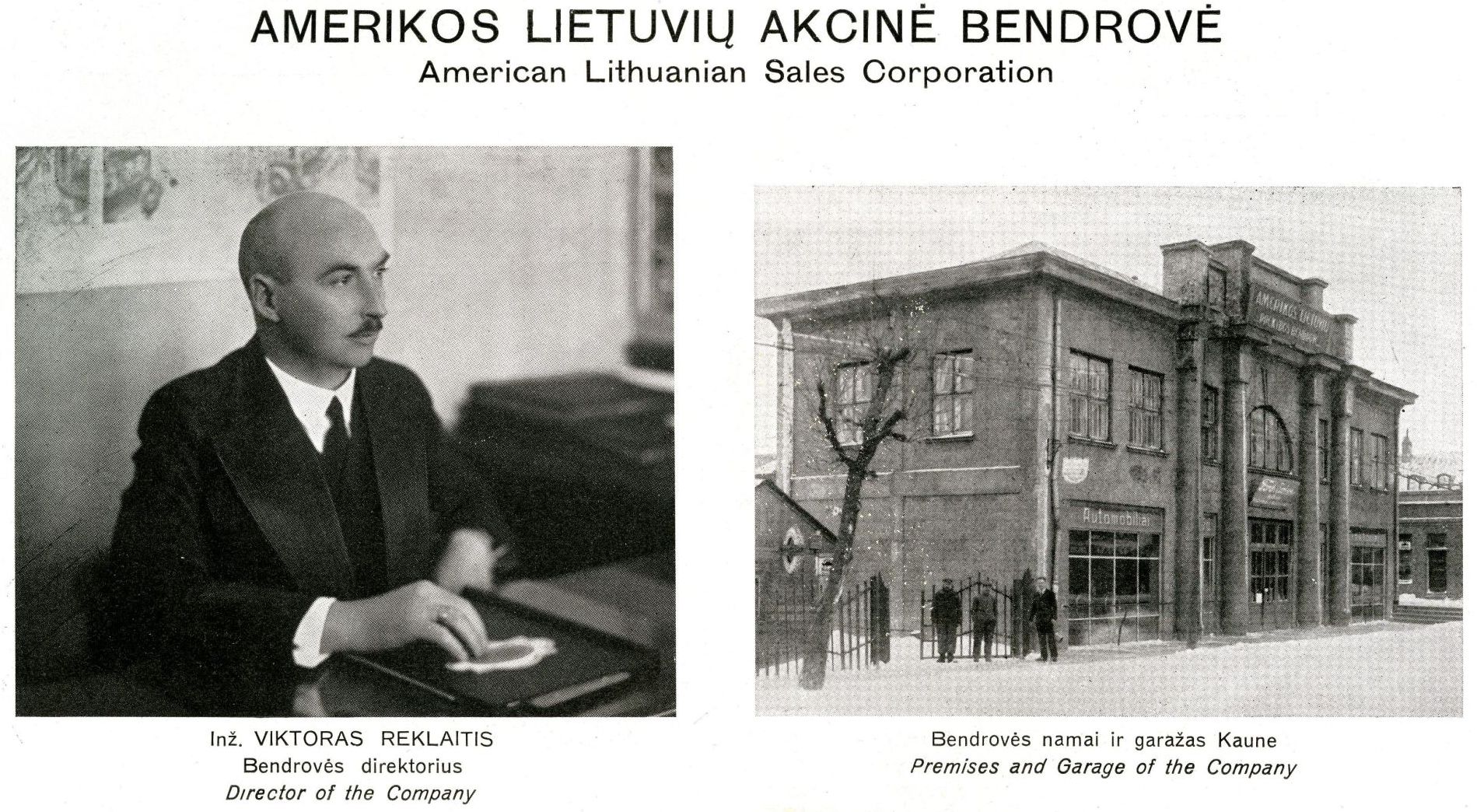 During 1930–1935, V. Rėklaitis was the head of the American Lithuanian joint-stock company “Amlit”, and was one of the founders of the Lithuanian Baltic Lloyd Shipping Company and later chairman of its board. With his concern, Lithuania acquired several merchant ships (they were given the names of “Marijampolė”, “Šiauliai” and “Kaunas”). He also actively contributed to the development of river shipping. At the Lithuanian Baltic Lloyd’s Workshop, merchant ships were built near Seredžius. 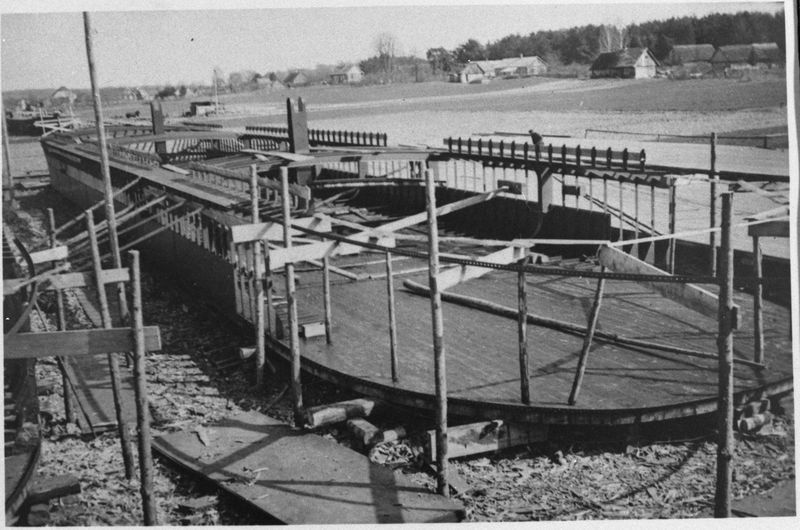 V. Rėklaitis also actively engaged in social activities. He was the Chairman of the Finnish-Lithuanian association, one of the founders and a member of the board of the Lithuanian Seamen’s Union, and a member and sponsor of the Lithuanian Scout Union. His wife Betty was no less active citizen. Born in Lithuania, she studied languages ​​at the St. Petersburg Women’s Academy. Later she went to study at the University of Marburg in Germany. After graduation she taught in Poland and Lithuania. Together with other active women, she founded the Lithuanian Women’s Union in Kaunas during the interwar period to support the national fleet. Through its activities, the organization has tried to raise public awareness of the importance of the sea for the country and has raised funds to support its own fleet. It was through their support that Sea Scouts bought the “Budys” sailboat for their first long distance sailing in the Baltic Sea. After the occupation, V. Rėklaitis was removed from the management of his own company. On the eve of the war Rėklaičiai family decided to repatriate to Germany. The family stayed in Poznan. 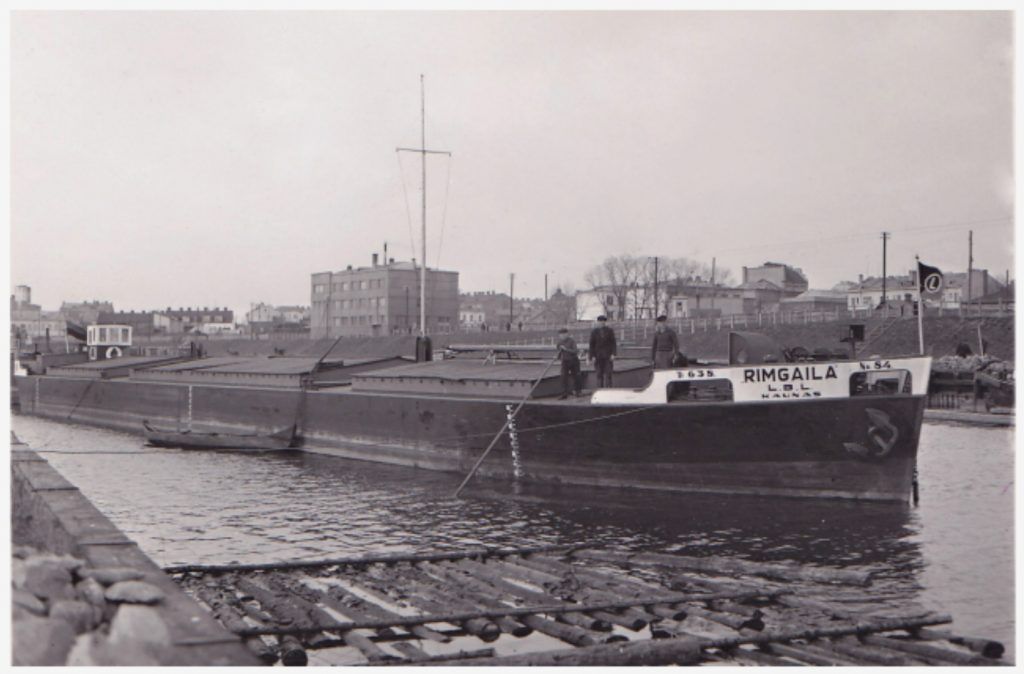 Buildings that remembers the family

There are several objects that are still associated with Rėklaičiai family in today’s Kaunas and Kaunas district, which allows us to at least symbolically reconstruct a daily routine of the typical family of that time. It is a family-owned home on V. Putvinskis Street; American Lithuanian Joint Stock Company “Amlit” Building Complex; former Nemunas river port in Kaunas, where merchant ships were moored; as well as a wooden family villa in Kačerginė – V. Rėklaitis was appointed director of newly established resort in 1933. In 1934, Rėklaičiai decided to built a wooden villa on the outskirts of the town, which has survived to the present day.