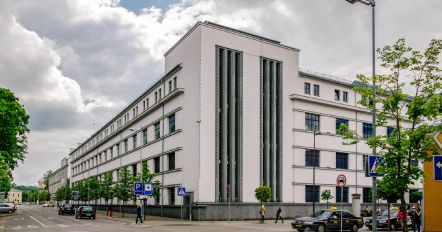 Before the First World War, Kaunas became a military fortress and an industrial center with large metal factories, mainly intended to serve the military needs. However, during the period of independence, the Lithuanian state reoriented the nature of industry and focused mainly on the processing, export of agricultural resources and modernization of such industry. Until the First World War, the textile industry in Lithuania practically did not exist, and all fabrics were imported. As in the case of other industries, the restoration of independence and the strengthening of the local economy have increasingly led to efforts to supply the local market and reduce imports. 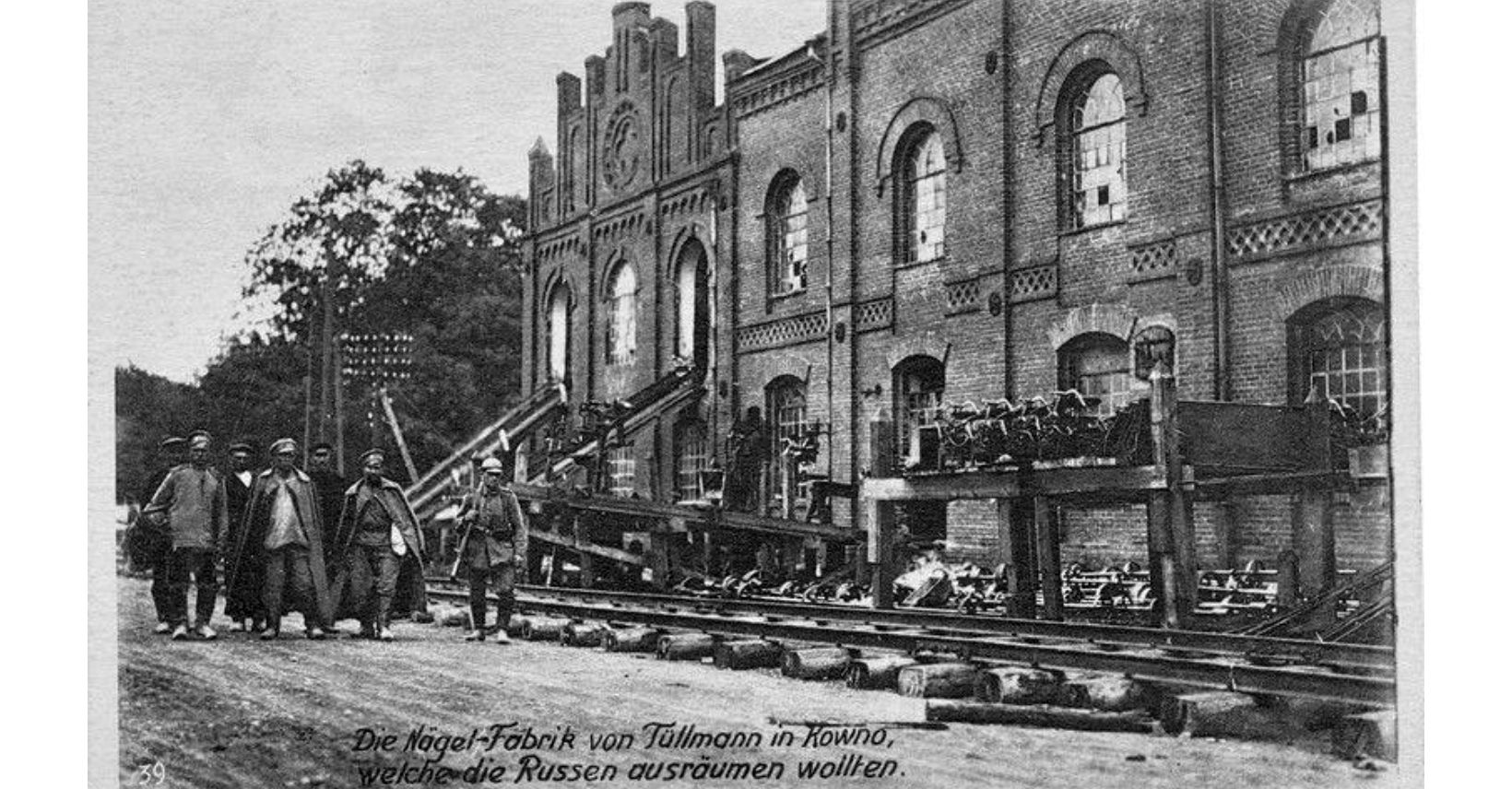 An interesting aspect of the development of the textile industry is that it was created in Lithuania on a private initiative, with the participation of American Lithuanians and local, mostly Jewish, industrialists. Moreover, textile factories have become significant places of modernization and architectural innovations both in Europe and in Lithuania since the Industrial Revolution. The largest textile factories in Lithuania began to sprout in the second half of the 1930s, mainly in Kaunas and Klaipeda. I was the golden age of the textile industry in Lithuania. It is also important to mention that there was no rush to build new buildings and buy new equipment when starting a business. Typically, used equipment was purchased that was placed in rented disused industrial buildings. “Kauno audiniai” was created on the same principle. 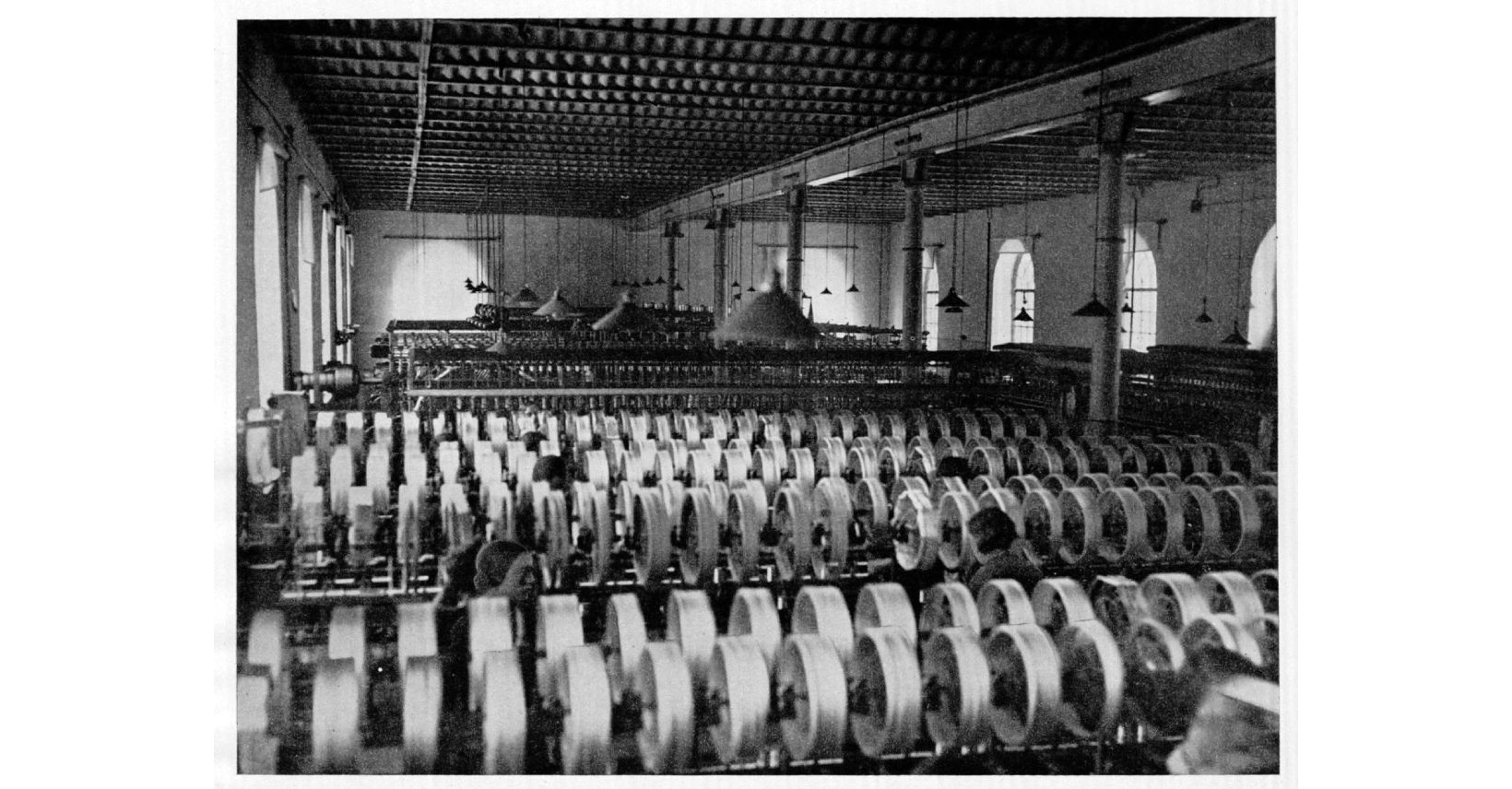 Silk fabric factory “Kauno audiniai” was established in 1930, in the former corps of the Tilmans` brothers metal factory. In this place various industries began to develop as early as the second half of the nineteenth century.
The place was poorly urbanized and convenient – the river and the railway was near by. The founder of Kauno Audiniai factory was the Latvian Robert Hirsch, who was called the King of Silk in his homeland.

The long and white factory buildings that have survived to the present day are the result of reconstruction that happened in 1938. Before that it was the red-brick buildings reminiscent of the architecture of medieval German cities and castles. But at the end of the 1930s the factory, which had grown significantly, had to be expanded. 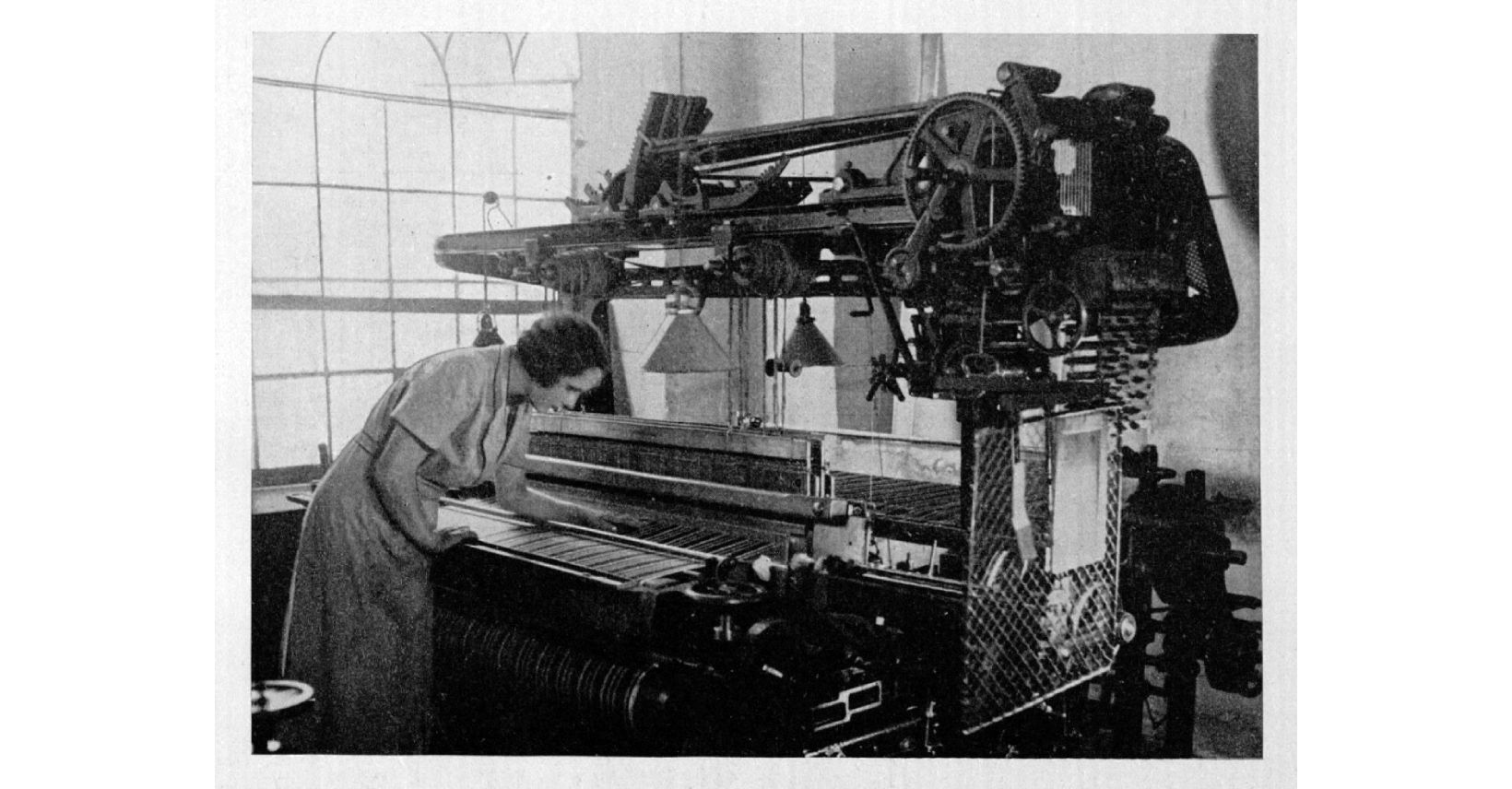 The reconstruction project was prepared by engineer Nikolajus Mačiulskis. This is a great example of the harmonious architectural integration of that time. When designing the building, the engineer cleverly used the existing building of the L-plan, increasing it by one floor, but the internal structural system, the rhythm of the windows did not change. The metal beams and columns from the nineteenth century can still be seen live. The red brick masonry on the outside was replaced by white plaster, the horizontalness of the building was emphasized by the windows, the strips and the flat roof. The corner of the building is highlighted by a vertical staircase block.

As in most cases between the wars, the image of the modern factory was not only perceived, but also actively used as an advertisement for the factory itself. 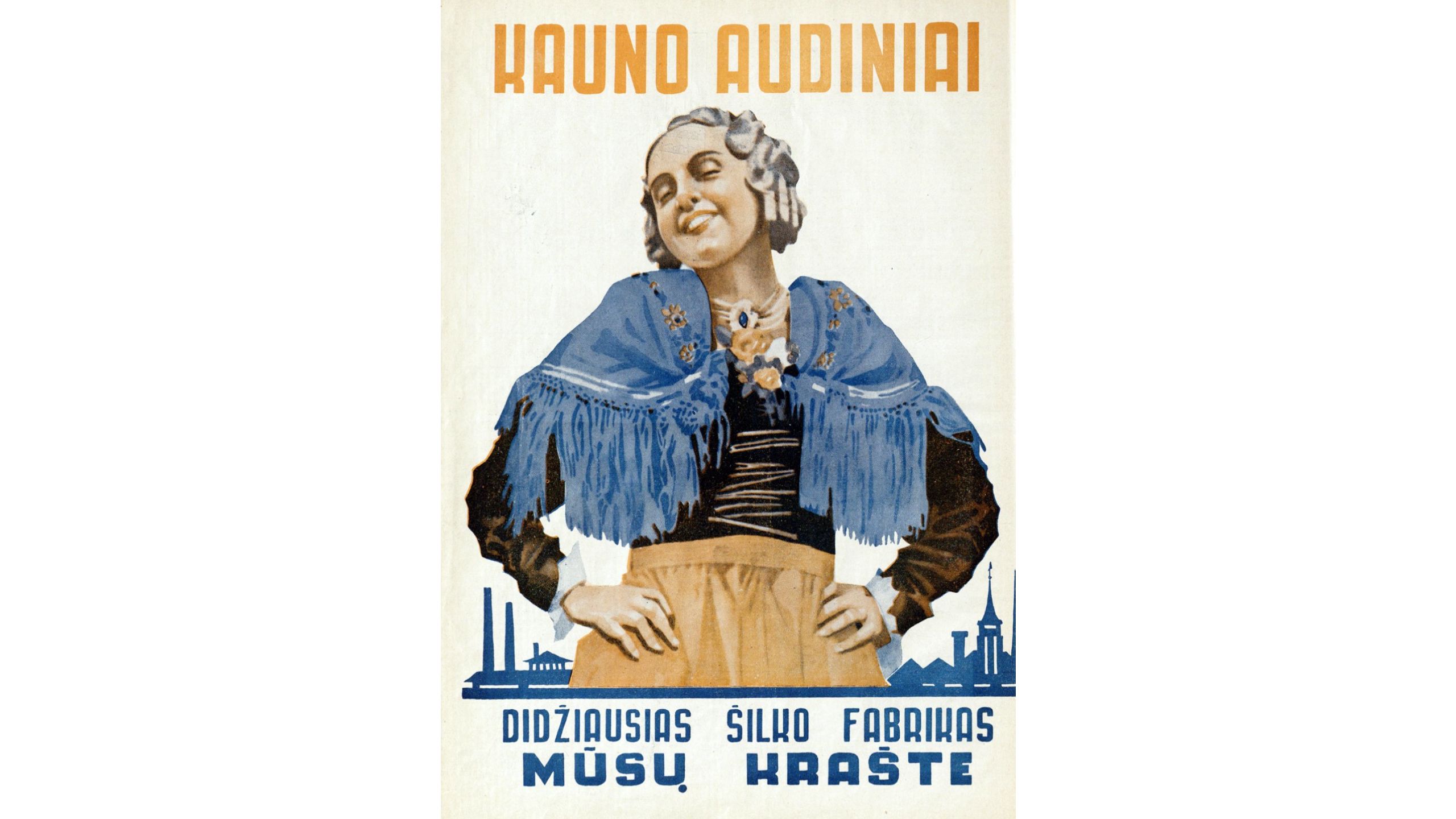 One of the reasons for the success of the textile industry was the concern of business owners for their employees and general well-being. Rest houses were established for the workers of the factories, after-school activities were organized for children, factories supported the theater, teams of athletes, artists, and part of the profit was used for advertising. Kauno audiniai also paid special attention to aesthetics and fashion – samples of silk materials were exhibited in the factory windows, and the walls of the factory were decorated with works of art. 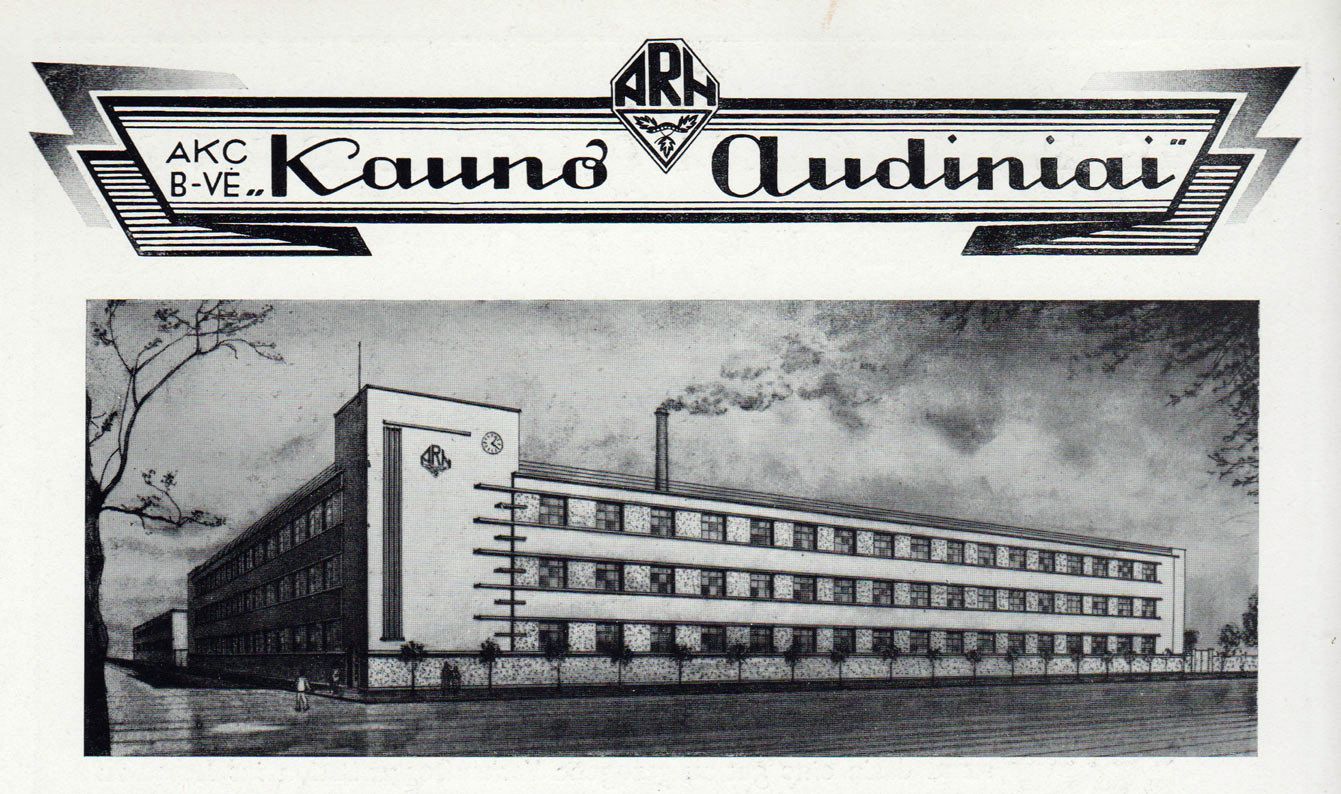 The factory also operated successfully in the post-war period. Sadly, the company began to fail after Lithuania regained its independence. It was privatized and in 2005 liquidated. In 2007 “Akropolis” shopping and entertainment center with an area of ​​more than 78,000 square meters was built on the territory of the factory, which is no longer in operation. The new commercial giant still houses not only new, but also historical buildings of the Tilmans, Liteksas and Kauno audiniai factories. Today, they are home to commercial and entertainment spaces.