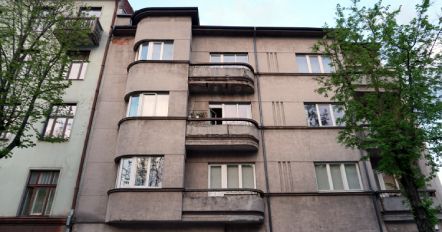 Benediktas Grėbliūnas-Grėbliauskas (1902-1980) was a lawyer. He graduated in Šiauliai Gymnasium and Vytautas Magnus Uuniversity Faculty of Law. He was also a member of Neo-Lithuania Student Corporation. While living in Kaunas, he practiced law and also worked as an inspector of a credit institution and a cooperative. Benedictas was active nationalist so in 1927 he became one of the founders of the Lithuanian National Youth Union “Jaunoji Lietuva” (Young Lithuania) its chairman and later commander. In 1940 he was arrested by the Bolsheviks, imprisoned at Kaunas Heavy Duty Prison and later removed to Siberia.