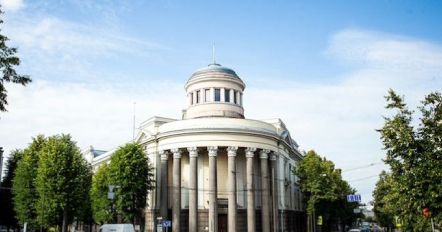 The courts and the Parliament used to sit here, but now it is a palace for music

This state building was finished in 1929 and housed the Ministry of Justice and the Supreme Tribunal, as well as various judicial services. That is why the top of the building’s colonnade was embellished with the inscription: “JUSTITIA EST FUNDAMENTUM REGNORUM” (“Justice is the foundation of the States”). Unfortunately, this inscription did not survive to this day… It was later decided to place the Parliament here, which began its work here in 1936. When the Soviet occupation started in 1940, the building was nationalized. Many offices were placed here: Navigation Board of the Ministry of Waterways, the Design Bureau and the Puppet Theater. The Philharmonic also moved into the building in 1961. 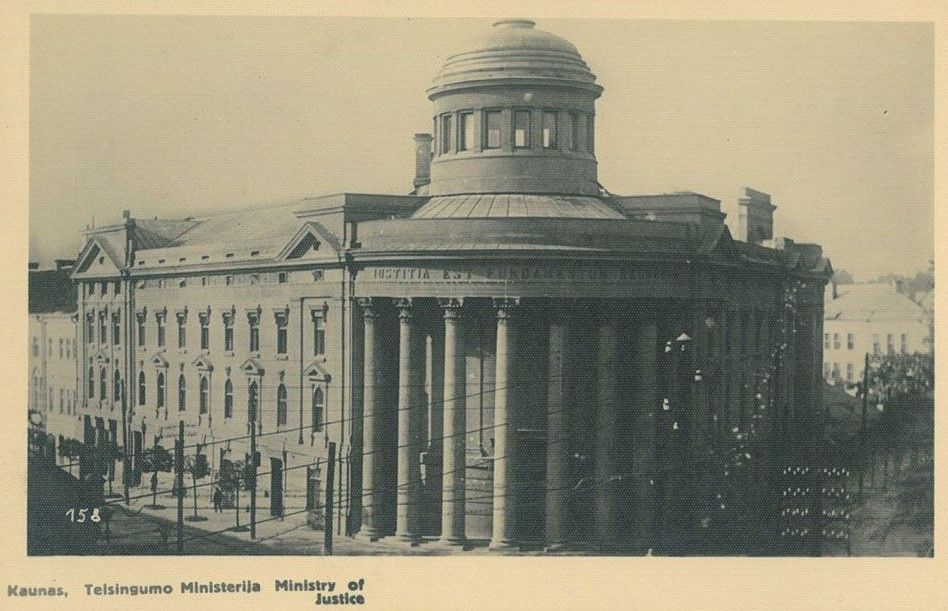 In 2006 By decision of the Ministry of Culture of the Republic of Lithuania, Kaunas Branch of the Lithuanian National Philharmonic became an independent concert institution – Kaunas State Philharmonic. In 2005 reconstruction of the building was started, which lasted for three years. Under the original design, the hall was illuminated with natural sunlight through skylights. The ceiling structure is preserved, but now it is equipped with electric light, which can illuminate the hall at any time of the day. Another new highlight is the glass terrace overlooking the yard. 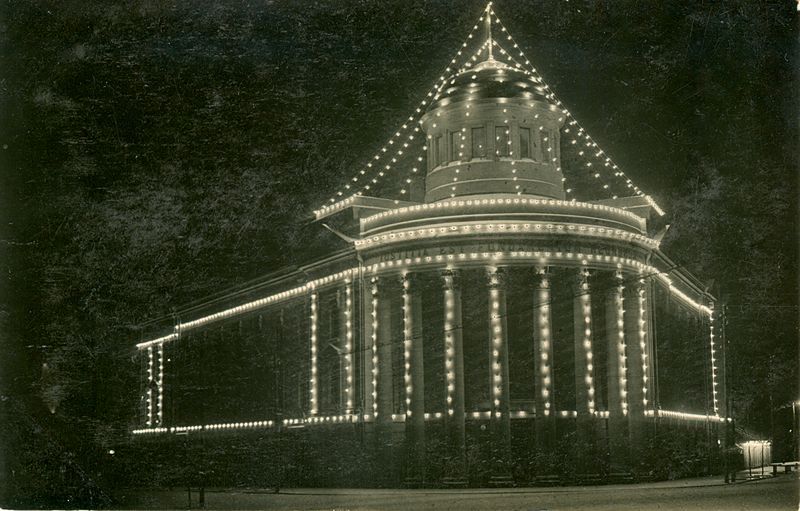 It is one of the few buildings specially designed for state institutions in the interwar period. These few examples reveal to us how the state sought to represent itself in architectural spaces. First of all, the palace is characterized by “official style”, common to buildings of state institutions. Also vivid art deco architectural elements reflected the general trends and fashions of that time not only in Lithuania but also in Europe. But the aim was not only fashion, the state sought to represent it`s national culture: the capitals of the lobby columns are decorated with folk carvings, the base of the columns are surrounded by folk band ornaments, the Gediminas columns are at the top of the main stairs. The Ministry of Justice and the Parliament building is undoubtedly the largest and most prestigious object designed by architect E. Frykas. 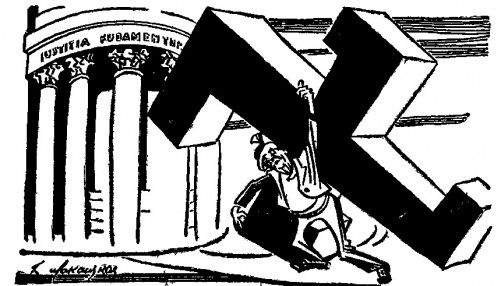 A witness to political history

Between 1934 and 1935 in this building there was a trial of Nazis from Klaipėda District (Neumann-Sass case).  A total of 126 persons were charged, with their alleged offences extending over a wide range of crimes, including murder, attempted murder, conspiring against the state, and keeping illegal weapons. This trial had a profound effect on relations between Lithuania and Germany. Throughout its duration, Germany conducted a relentless large-scale anti-Lithuanian campaign. Abuse, smears and outright lies were broadcast non stop from Berlin to the entire world. From the outset, the German Government also resorted to Lithuania’s economic repression. The Germans imposed a high customs tariff duty on all Lithuanian agricultural imports; then, at the end of 1934, Germany cancelled all trading treaties with Lithuania. The small republic of Lithuania was hit severely, but did not give in. In 1936 the last Parliament (convened after a 10-year hiatus) began its work here, having prepared the last constitution of the State before its occupation.