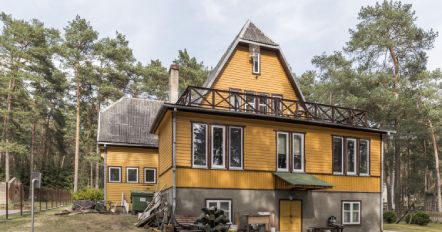 From 1934 to 1935 Kulautuva witnessed an influx of construction projects; many modern villas and summerhouses were being built in President A. Smetonos Avenue (currently Acacia Avenue) and nearby streets. Businessman Romanas Polovinskas – one of the most important figures in this settlement in terms of the business of tourism – had not one, but several of such villas there. However, he was not the only one attracted to the potential that investing in the sector of tourism in this settlement had; his parents were born near Kulautuva. It seems that many of his family found the location attractive: Romanas’ sister, Vladislava Polovinskaitė-Grigaitienė, had a villa in Kulautuva; the other sister, Valerija Polovinskaitė-Kundrotienė, administered the summerhouse-hotel described later. During summertime they would be visited by their brother, Jonas Polovinskas-Budrys, who was a counterintelligence agent in Lithuania, as well as the leader of Lithuanian resistance in Klaipėda. They would also be visited by another brother, Dominykas, who was a co-owner of cinemas “Hollywood” and “Daina” in Kaunas city. In 1934, with the help of architects and engineers, Romanas Polovinskas started building a complex of a café and a hotel:

“Lithuanian businessman R. Polovinskas had already completed the construction of modern premises for the café a year ago, and has now built a three-story hotel that, in terms of its’ modern and tasteful interior, is the best in the Baltic States. The hotel has 18 rooms, stylish furniture, central heating, electricity, a hot and cold water supply, a well-functioning ventilation system, separate rooms for gambling and other group activities, bathrooms, a hairdressing salon and a barber’s shop, a library and a reading room, several verandas of varying sizes, courts for tennis and other games, a fountain, and more. The hotel is quite representative; you may invite the pickiest, most spoilt tourists and foreigners here. Visitors are welcome to stay at the hotel during both winter and summer time.” (Iš Kulautuvos kurorto. In: Lietuvos aidas. Nr. 125, 1935 m., p. 7).

During the Soviet occupation Polovinskai were dispossessed of the property and fled to the West. The complex was repurposed as a rest-house and tuberculosis sanatorium. Today the building functions as the office of Kulautuva Eldership, as well as the library. 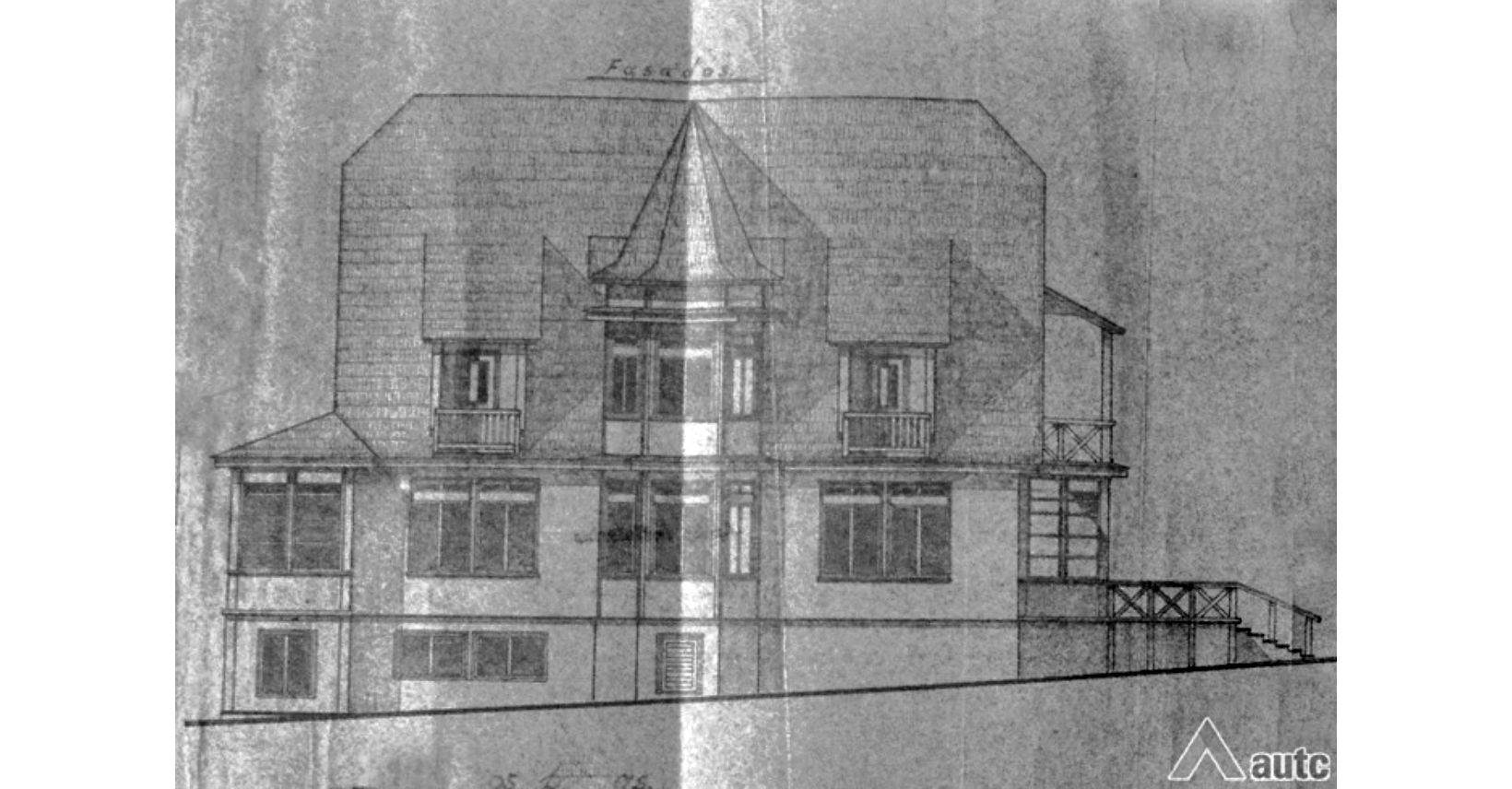 Aistis Zabulionis talks of the building

“Dear Diary, I want to share my experiences of today, especially since there is so much to talk about! How could there not be – today was the first time I’ve ever been to Kulautuva! I went there with my parents. I had heard many nice things about the place, but experiencing it by myself is, obviously, means a lot more. So, this – Saturday – morning, we took the boat “Kęstutis” from the dock next to Vytautas church. We soon left the Old Town behind us, then swam past the conjugation of Nemunas and Nevėžis, and immediately we saw to our left the pines of Kačerginė. Families would come here to rest and relax, away from the bustling city. But we continued our travels – we then passed Zapyškis church, standing on the bank to the left. Our destination – the Kulautuva beach and dock – was already so close, to our right! There were many people relaxing on the sandy banks of the river, suntanning and swimming around in Nemunas. When we reached the dock we were approached by some locals who offered to help carry our belongings. I asked my dad where we are going to live – he described the beautiful summerhouse of Polovinskas; there, he says, are so many fun activities to do. I couldn’t wait to we get there, but first we had to walk down Smetonos Avenue, surrounded by acacia trees. Soon we reached a pond; a group of children had gathered around the swans that were there, calling them and feeding them. The grown-ups, meanwhile, were more interested in the Statue of Maiden Mary that was erected four years ago in honour of President Antanas Smetona.

Mom waved for us to come; it was then that I noticed the sign in front of our villa that spelled “KAVINĖ VITA”, and an arriving car. This summerhouse stands out from the others – it is the only one this “modern” amongst all the wooden houses of Kulautuva. Upon entering through the gate I saw so many interesting things! There stood a fountain with a statue of a fisherman on top, and so many well-dressed ladies and gentlemen were walking around and observing a deer in its’ enclosure. I also saw some people playing tennis. The summerhouse seemed quite luxurious with its’ stylish furniture, and it had a library, separate rooms for playing games, bathrooms, a hairdresser’s salon! The café menu included some quite fancy dishes, and had a string orchestra performing for the guests – even my parents couldn’t resist joining the other pairs for a dance! I overheard that this villa was owned by Romanas Polovinskas, an important businessman in Kaunas. The villa Vita that was nearby was also his. The woman that welcomed us – his sister – also mentioned that other members of the family like to stay here as well. Among them – a military officer, and an opera singer. This did not surprise me – if I were them, I would have wanted to stay here forever! However, my head is already spinning from all the wonderful sights and happy people that I saw (or, perhaps, from the air here, filled with the scent of pines). So, goodnight dear diary, talk to you tomorrow!”