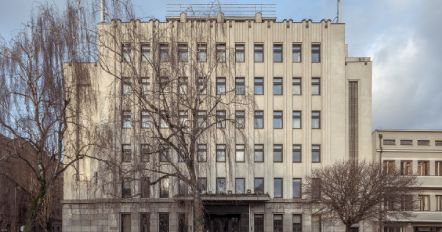 Routes: New Town of Kaunas; The Skyscrapers of Kaunas

Custodian of savings of Lithuanians

Year 2019 marked exactly one hundred years since the first State Savings Fund was opened in 1919. During the period of independence, it was one of the most important institutions for accumulating the savings of Lithuanians. The goal was officially announced: “To accept deposits to increase percentages and give the population savings to increase.” It was centralized-type State Savings Fund for which the state was responsible. They were subordinate to and supervised by the Minister of Finance and were directly headed by a board consisting of a head administrator and 5 members.

However, at the beginning this fund was not very popular among the population. Such a situation lasted until 1931, after the global economic crisis and the improvement of the statutes of association, the number of their customers began to grow rapidly. In 1939, the number of deposits reached a record high – the total amount was almost 70 million Litas. In terms of the amount of deposits, only the Bank of Lithuania and commercial banks outperformed the National Savings Bank, but the lag behind them was constantly decreasing. The Bank became one of the main custodians of savings, and the deposits and capital were used to lend for various clients: for municipalities to build schools and hospitals, to improve infrastructure, for other credit companies, for private companies and residents, and to reward artists and works of art. 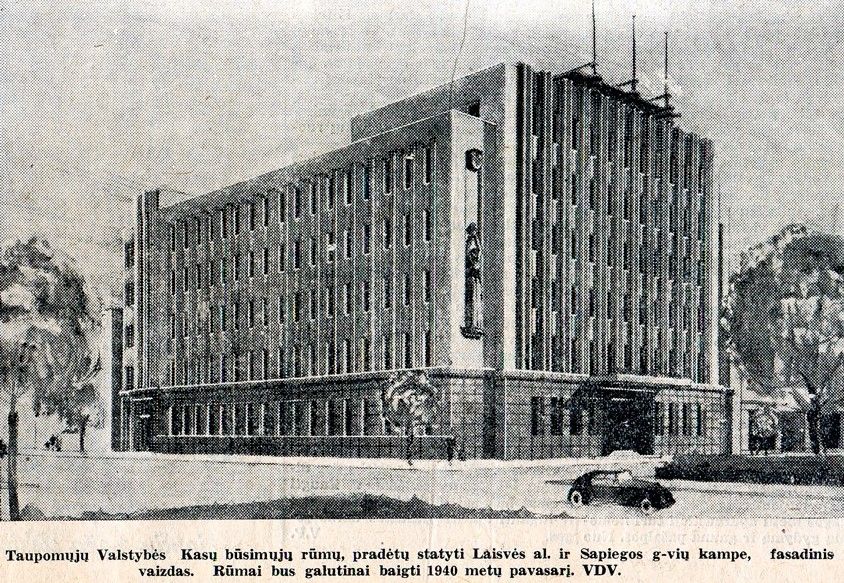 Given the importance of the representation and solidity of state-owned banks and other financial institutions in the eyes of the public, it is not surprising that special attention was also paid to the construction of this bank building on a representative city street. In 1940, just before the state occupation, the “skyscraper” of Laisvės Avenue became the one of the last bright architectural accents the street, marking the guidelines for further urban development of the city. For the convenience of the staff in the six-storey building, even two elevators were placed, but it was no longer surprising at the time. But the pneumatic post, which accelerated correspondence “trips” in the building, was a truly modern attribute of the institution, unfortunately, this tool has not survived to this day. A safe was also placed in the basement of the building. As in the case of many public buildings in Kaunas, it was shared by several institutions. In addition to the savings banks, it housed the Department of Commerce, the Statistical Office and various other state institutions. The building consists of 6- and 5-storey buildings, forming a semi-enclosed courtyard. The building is characterized by strict geometric shapes, laconic planar and compositional structure. A revolving door is installed at the main entrance to the place. 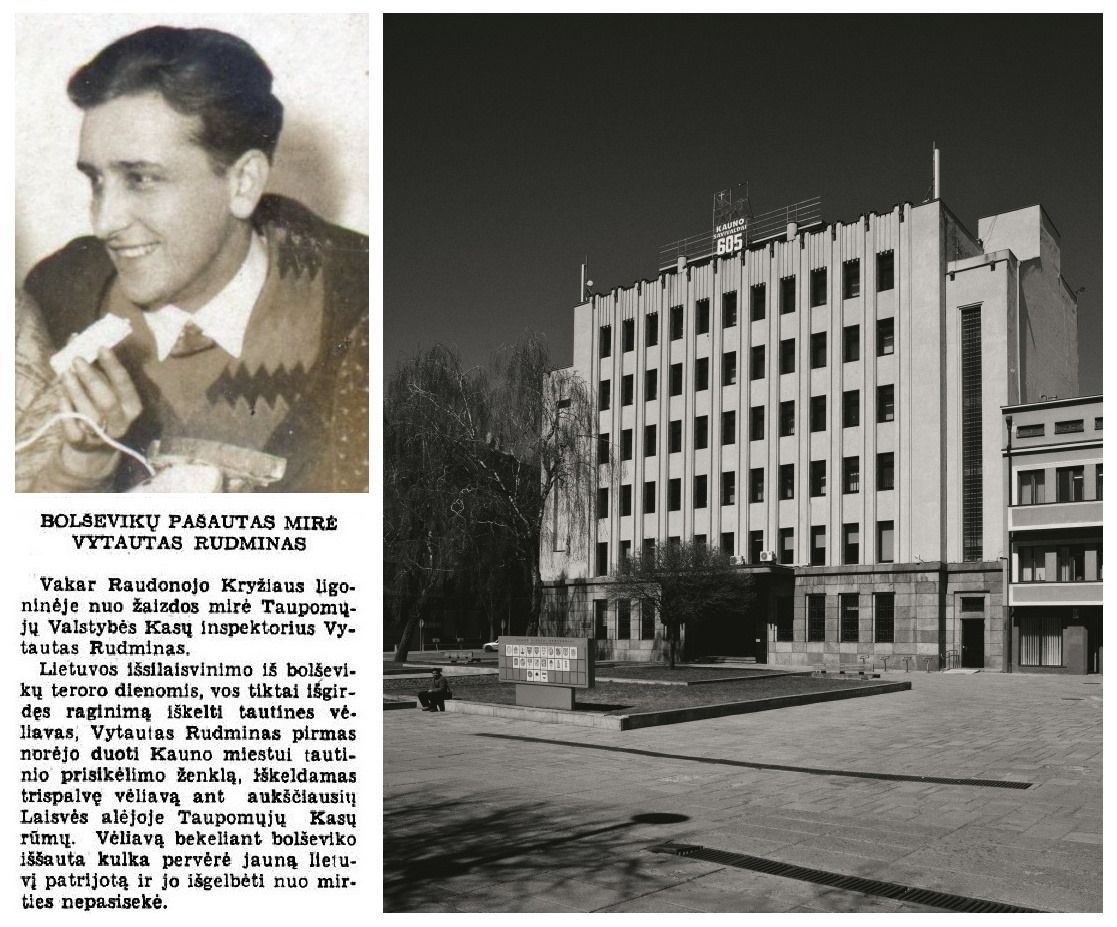 Witness to the struggle for freedom

Historical circumstances have made this building a witness to the struggle for freedom on several occasions. Only a short press release of the time testifies the first occasion today. Without it this event would probably have been completely forgotten. On the eve of World War II, after a year-long Soviet occupation, Inspector of State Savings Bank V. Rudminas decided to raise a flag of independent Lithuania on one of the tallest buildings on Laisvės Alley, but he was shot and soon died in hospital.

After the Second World War, Kaunas Executive and Communist Party committees were placed in this building and operated here until 1990. After Lithuania regained its independence, Kaunas City Municipality was established in the building. It became one of the buildings to be defended during the events of January 1991, as the aftermath of the Act of the Re-Establishment of the State of Lithuania. In 2015 according to the decision of the European Commission, 44 objects of Kaunas interwar modernism architecture were included in the list of the European Heritage Label, including the State Savings Bank.