In 1930s Šančiai was a densely populated area of Kaunas, and the number of churches was not sufficient to accommodate all believers. In 1935 a design for a new church was prepared by architect Algirdas Šalkauskas and then finished in 1936 by architect Adolfas Netyksa. The construction was completed and the church was consecrated in 1938. 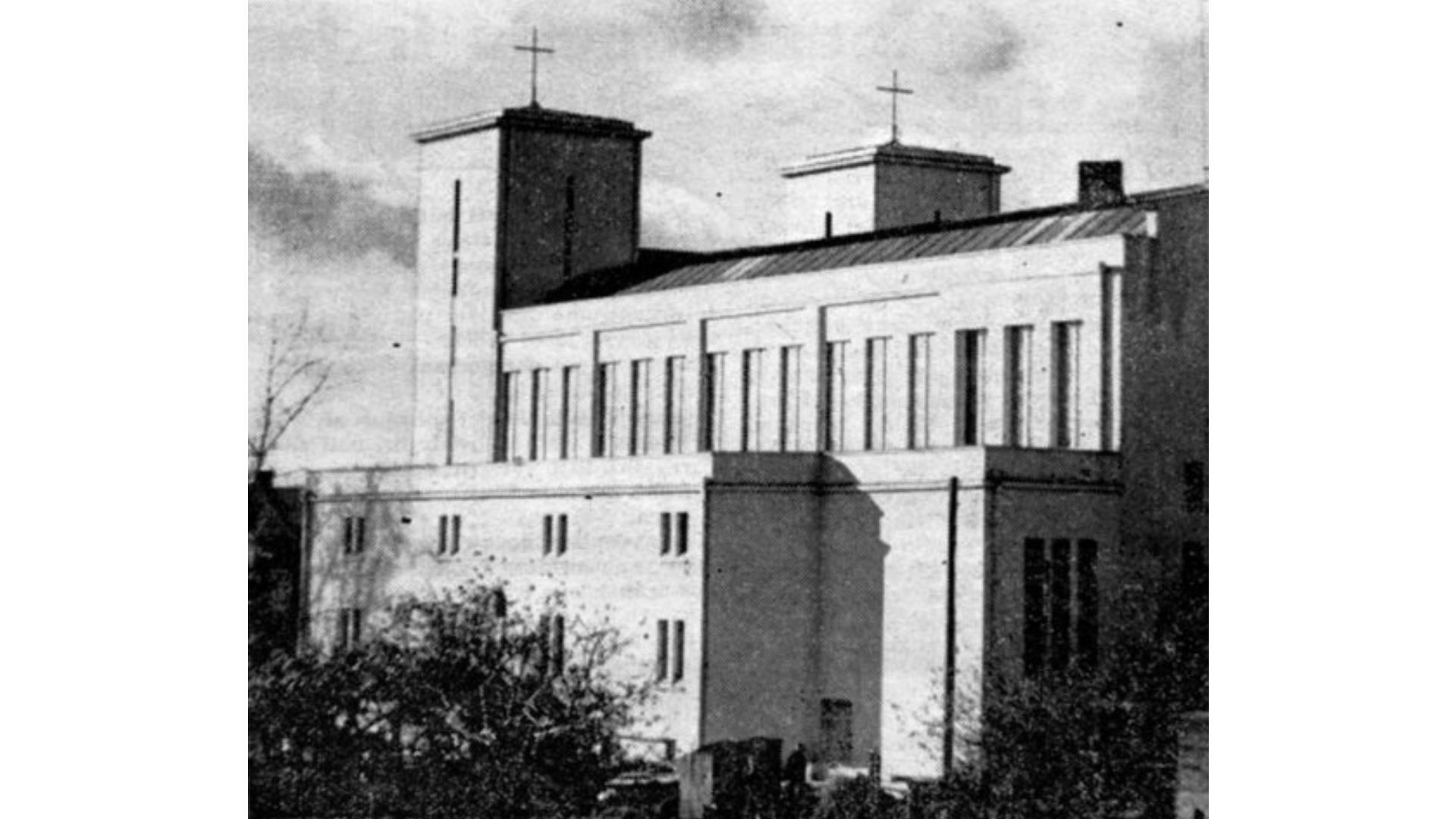 Sacred Heart of Jesus Church in Šančiai neighborhood is a great example of modernist sacral architecture: both the exterior and interior of the church has a high heritage value. The volume of the church is massive, it has a rectangular layout and two low towers in front. The church is built of reinforced concrete, the nave is covered by supporting arches and the caisson shell. It is also famous for the artwork of Liudas Truikys: a fresco painted in Byzantine manner depicting angels. The exterior is minimalist and composed of regular geometric shapes: square front door and narrow rectangular windows. Large stained glass window was to be installed on a back wall behind the altar, but these plans never came into life since the war broke out. During the war, the church was damaged and the wall where the stained-glass window was supposed to be installed, was bricked up instead. Not like the previous sacral buildings, the Sacred Heart of Jesus Church was not closed in the soviet times; it remained open and served the Catholic community of Šančiai neighborhood.