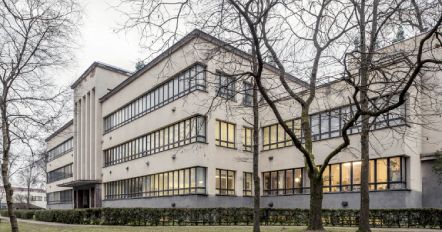 The most modern building in interwar Lithuania

Territorial disputes, the insecure and changing geopolitical situation of the country and the region, encouraged the state to take care of its security and not to be left out of the armaments process. At the beginning of independence, the Lithuanian state bought weapons, explosives and other military material abroad. Later, due to a lack of currency, high prices and other economic and political circumstances, the government decided to create a local arms industry. In both cases, however, there was a need of a research laboratory to carry out tests on the quality of ammunition and the raw materials and products used in production. “To eliminate the shortcomings of armaments” in 1935 an armaments (research) laboratory was established.

The initiator of the development of the laboratory and its future head became the engineer dr. Juozas Vėbra. To gain experience, he visited as many as 8 of the latest laboratories for similar purposes in Germany, Belgium, France, Switzerland and Spain, but in the end, all the equipment of the Research Laboratory was designed and created by local scientific staff. Competition for the architectural design of the building in 1932 was won by architect V. Landsbergis-Žemkalnis, who prepared an original, practical and flexible project. In addition to the main laboratory building, a guard house, auxiliary buildings with metal, woodworking and glassblowing workshops (architect B. Elsbergas), a gas generator, a water supply station, warehouses, anti-aircraft and anti-chemical shelters, and a library were designed. A basement was designed under the main building, occupying a slightly larger area than the above-ground volume, and laboratories were also installed there. The construction solution was prepared by engineer Anatolijus Rozenbliumas.

The research laboratory is one of the most striking examples of Lithuanian interwar modernism. Its structure is based on a promising system of reinforced concrete frame structures and their expression in the exterior. The most striking functionalist elements of the building: strip windows, flat roofs and decorative chimneys that enliven them. All of these elements were dictated by specific functions related to the purpose of the building: strip windows were designed so that in the event of an explosion, the air wave would only remove the windows and not the walls and structures; flat roofs were adapted for laboratory tests on the outside, and chimneys were nothing more than the outlets of fume cupboards set up in laboratories or simply ducts.

Technological equipment of the building was taken care of by many companies and representative offices: central heating, water supply, gas pipeline, sewerage and steam networks were installed by A. Ragauskas’ company, electrical equipment by representatives of the famous German company AEG in Lithuania Didžiulis and Ringys. The main laboratory equipment was ordered in France, microscopes, spectrograph, photometers, precision electrical measuring equipment were purchased in Germany. The laboratory had a number of unique equipment, such as: fume cupboards with ceramic fans, which prevented the mixing of generated gases and vapors, as well as explosions in ventilation systems; a special armored fume cupboard for explosives research; constant pressure water system; enamelled Volvik lava laboratory tables, were coming from Iceland. These tables, as well as the ceramic fans, were specially constructed in such a way that it was impossible to dismantle and remove them without destroying the entire reinforced concrete laboratory frame. This helped to protect the laboratory during the occupations, so many pieces of the equipment remained. Even the door locks were special, ordered in France. Each of them could be unlocked with 3 different keys. Windows and doors and other wooden details were made by Kaunas artillery workshops. Although construction work was completed in 1935, the installation of the equipment took until 1937. Aloyzas Zahradnikas, a master from Czechoslovakia, was invited to make glassware for the laboratory, he taught the craft to 5 young people who later worked in both the laboratory and the university.

All in all, 2.3 million Litas were spent on the construction and installation of the laboratory. This building is considered to be the most expensive construction in the interwar Lithuania, but most of the costs were not construction, but equipment and appliances. The laboratory complex was considered the best in the Baltic States and one of the best in Eastern Europe. Unfortunately, the research laboratory only functioned for a few years – after the Soviet Union occupied Lithuania, the Lithuanian army was liquidated, and the Research Laboratory was closed in 1940. It was later transferred to Kaunas University. J. Vėbra’s contacts with the university professors helped to save the laboratory. This building is also associated with anti-Nazi and anti-Soviet resistance, which was attended by Col. J. Vėbra and Adolfas Damušis. 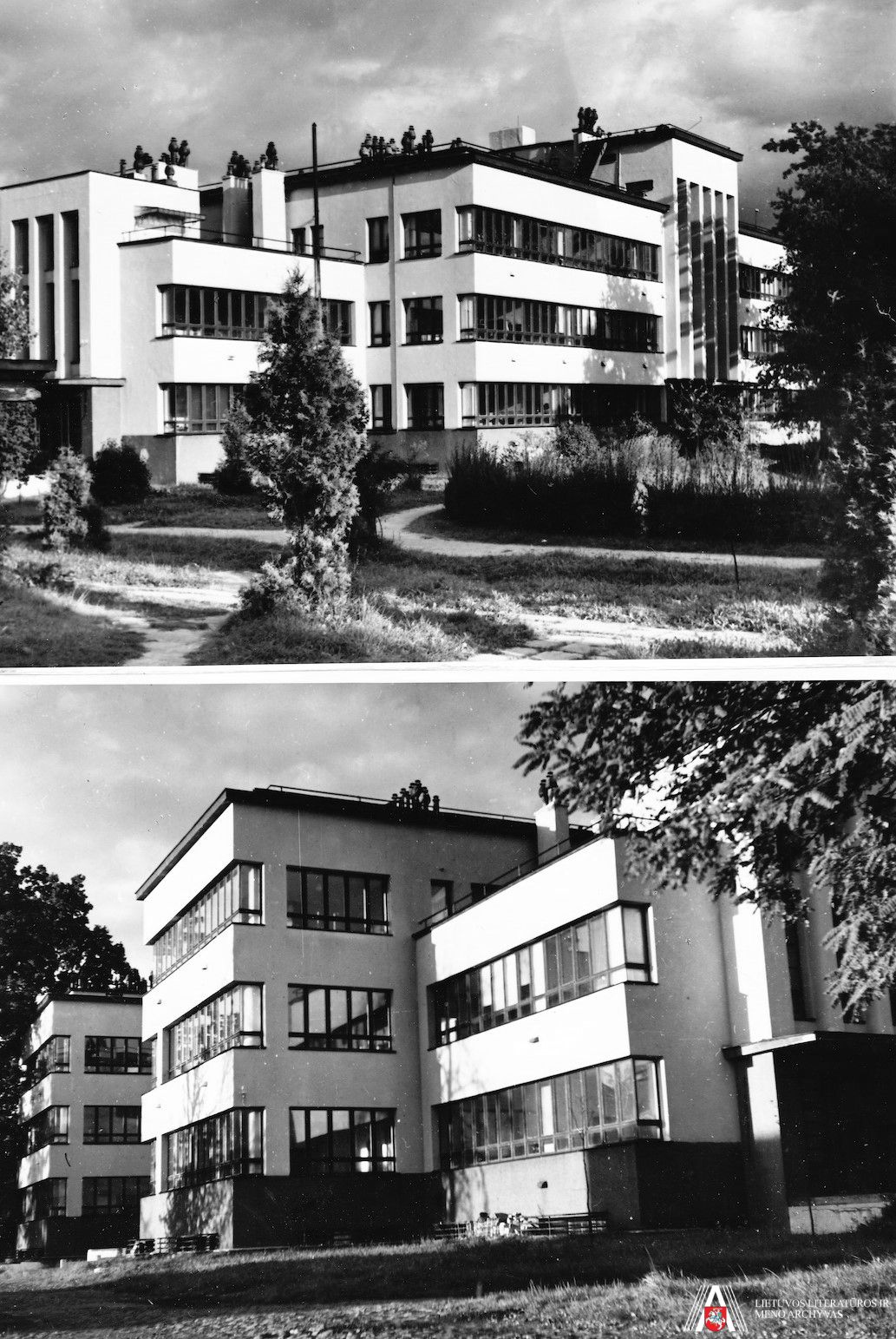 View of the research laboratory in the interwar period, 1940s. Photo source: Lithuanian Archives of Literature and Art.

Today, the historic building of Research Laboratory serves for the KTU Faculty of Chemical Technology – it is a building of modernist architecture with the status of a monument of national significance, which has retained its authentic appearance, little changed interior and original function. Students of the Faculty of Chemical Technology of Kaunas University of Technology still works in the laboratories that did not suffer during the war with the preserved authentic equipment. It would be difficult to count the number of times students have worked here since the establishment of the faculty in this building in 1947.

It is also interesting that the exceptional architectural value of this building was recognized already in 1973, when this building was granted the status of an architectural monument. In 2005 this building was recognized as an immovable cultural property protected by the state. In 2008 it was declared a cultural monument by government decree. In 2015 by the decision of the European Commission, 44 objects of Kaunas interwar modernism architecture were included in the list of the European Heritage Label, including the Research Laboratory. In 2019 this building appeared among ten outstanding examples of modernist world architecture that received support from the prestigious Getty Foundation to support projects for the conservation and preservation of modernist buildings. The facade of the building was never renovated since its construction in 1935.

With the recent increase in interest in the architecture of interwar Kaunas modernism, the building has received a lot of public attention. 5 documentary film screenings were created about the building and the historical figures who worked here, and the public initiative “Ekskursas” organized 10 excursions for those interested in interwar architecture, of which 1 excursion was for foreigners. In addition, the building is visited annually by about 5 former graduates and about 5 school tours.

TV serries about Research laboratory (in Lithuanian and sign languages)