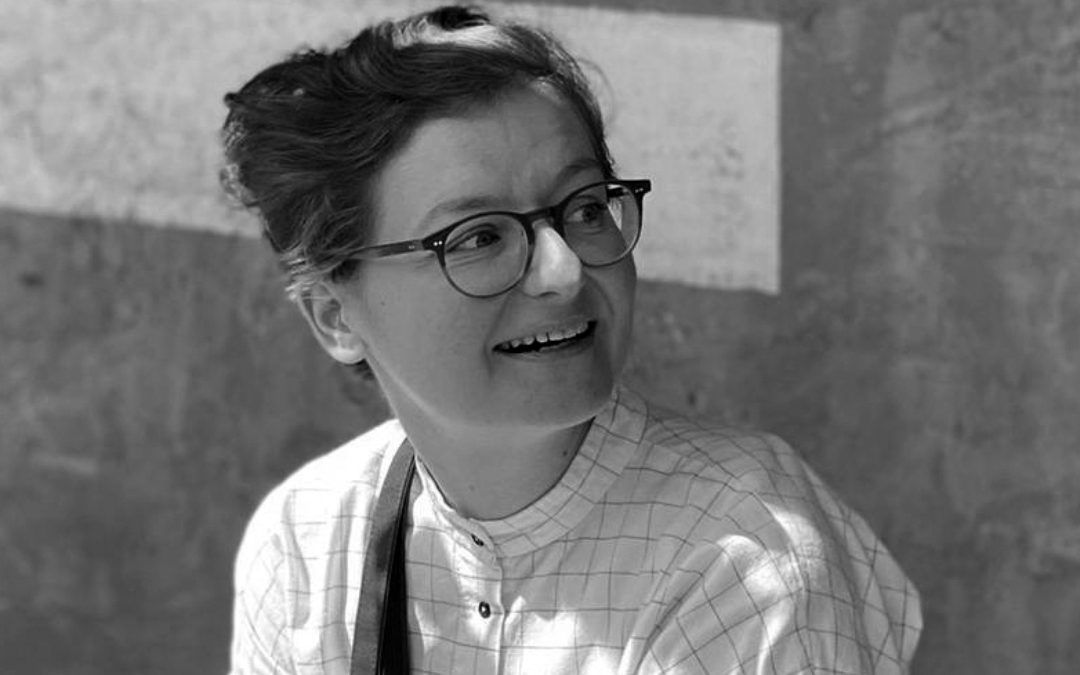 Malgorzata Maria Olchowska is an architect and graphic artist. The relationship between graphic art, architecture and narration is a leitmotif through her work. For Malgorzata, the two disciplines are equivalent: “Both arise from a love of craftsmanship in which the design process plays a central role. With both graphic art and architecture, you build up something and then let it lead its own life.“ Her work is an interaction between drawings, models, photographs and animated image. In addition to her own practice, Malgorzata is an assistant at the University of Ghent, KU Leuven (Faculty of Architecture) and guest lecturer at the Rotterdam Academy of Architecture.

“The Palace, built in 1937, is an extravagant building of the late inter-war period. It is distinguished by its “national” style and patriotic symbols. The palace is made of local building materials which serve both for representation of the state and for the public need.”

“The Myth of the Officers’ Club” project looks at the Ramovė building after removing all the mythological and historical layers from the building. What remains is ‘pure’ and neutral architectural space which might be described by the following architectural features: composition, proportions, materials and details.

This project questions the creation of myth by means of architecture and what remains when the mythical layer is no longer there. The first thing is to define the myths, catalog them and create a new set of architectural drawings and models where there are no myths. This allows us to see the true values of the architecture of the Officer’s Club: the beauty of its very tectonic facade, large spaces, technological inventions. The building is naked. What will remain of the Ramovė building if all the historical layers and decorations are removed? Would it still be idolised? Will people still identify with it? And the most important question is: will they still recognise it? What is the role of this building in the memory of Kaunas residents and how does it influence the perception of architecture?

Moments of the creative process, photos by J. Stonkus, 2021.

Moments of the presentation of the results of the residency, photos by A. Aleksandravičius, 2021.