The Skyscrapers of Kaunas 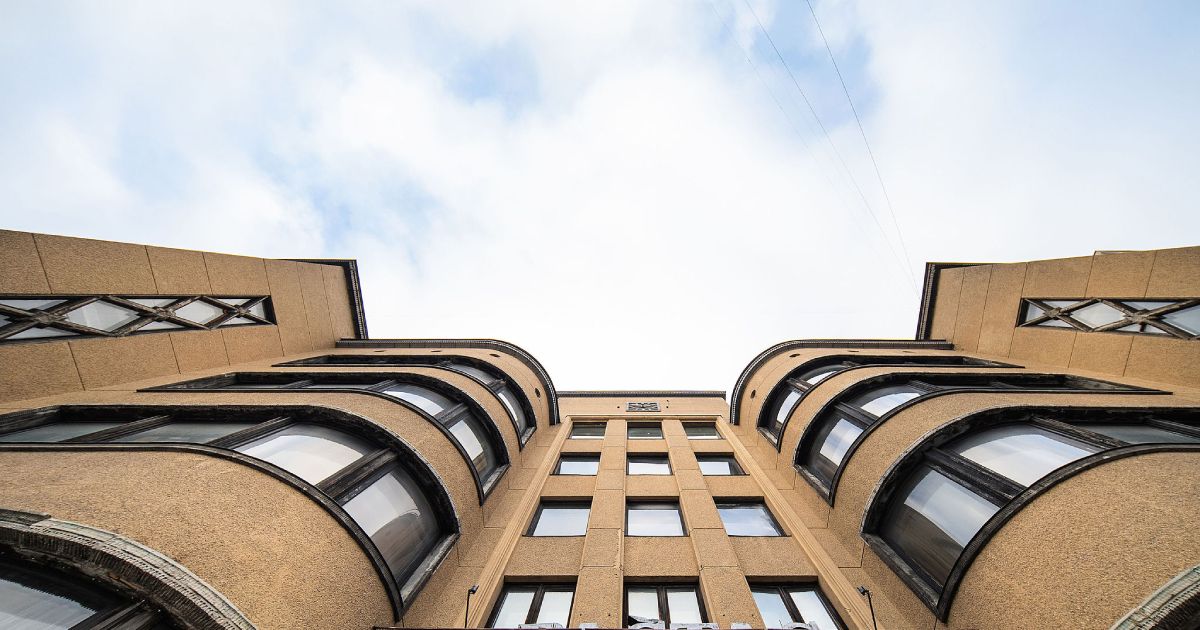 The Skyscrapers of Kaunas

Most of us would be greatly surprised at hearing that Kaunas once was a town of skyscrapers. Even more so, at learning that they are still standing tall today, and can be visited. Where? How?

Of course, these “skyscrapers” earned that name only in relative terms. They were simply buildings of five, six or seven floors – absolutely common today. However, one must understand the mindset of Kaunas’ residents after WWI, when no building was allowed to have more than two floors, and their amazement at the sight of these giants sprouting here and there in their home city, as Kaunas became the new capital, and gargantuan efforts were directed at catching up with other European cities.

Indeed, since the XIXth century, under the city’s commandant orders concerning high-rise constructions, as well as for lack of need to save space, Kaunas had nurtured a flattish landscape. It all suddenly changed as Lithuania regained its independence. The Naujamiestis district in particular, was a place of substantial transformation, becoming the main construction site for a city reborn. The neighbourhood between the Old Town district and the railway station, although efficiently cut by streets into tidy squares, was populated by small, wooden houses, and looked rather uninspiring. The city’s landscape was only punctuated by military buildings, and the high chimneys of factories.

This whole image was perfectly transcribed by contemporaries. Giuseppe Salvatori, an Italian journalist that visited Kaunas in 1923, wrote: “As I got off the train [..] at Kaunas’ train station, my heart was filled with sorrow. Could it be, I told myself, that this small town will have to be the capital of an European country, as modest as it might be?” (G. Salvatori, I lituani di ieri e d‘oggi, Bologna, 1932).

However, as soon as in 1930, local press was covering the construction boom that had engulfed the city: businessmen were building, industrialists were building, political figures and even ordinary people were all building. The only difference was that the former were erecting skyscrapers in the centre of the city, while the latter were simply building small family houses. The times of slums had passed and gone, as the city’s administration had simply stopped issuing construction permits of the sort. (The Modern Kaunas, Naujas žodis, 1930, nr. 23-24).

So what were these humble giants, outrageously dubbed “skyscrapers”, that changed the city forever?

Objects of the route: 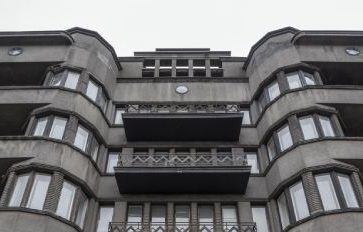 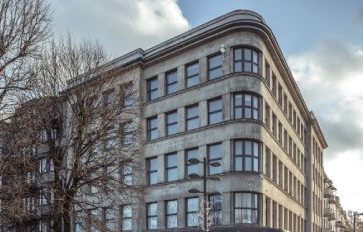 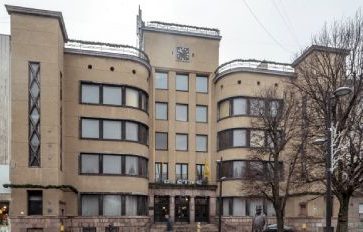 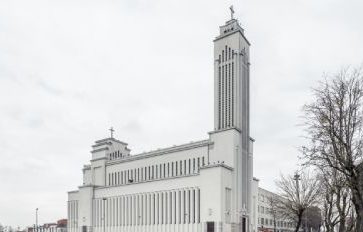 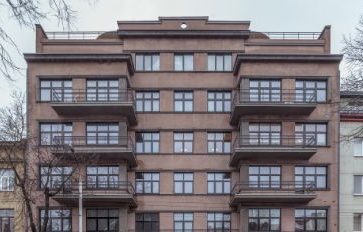 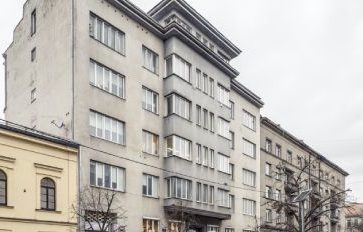