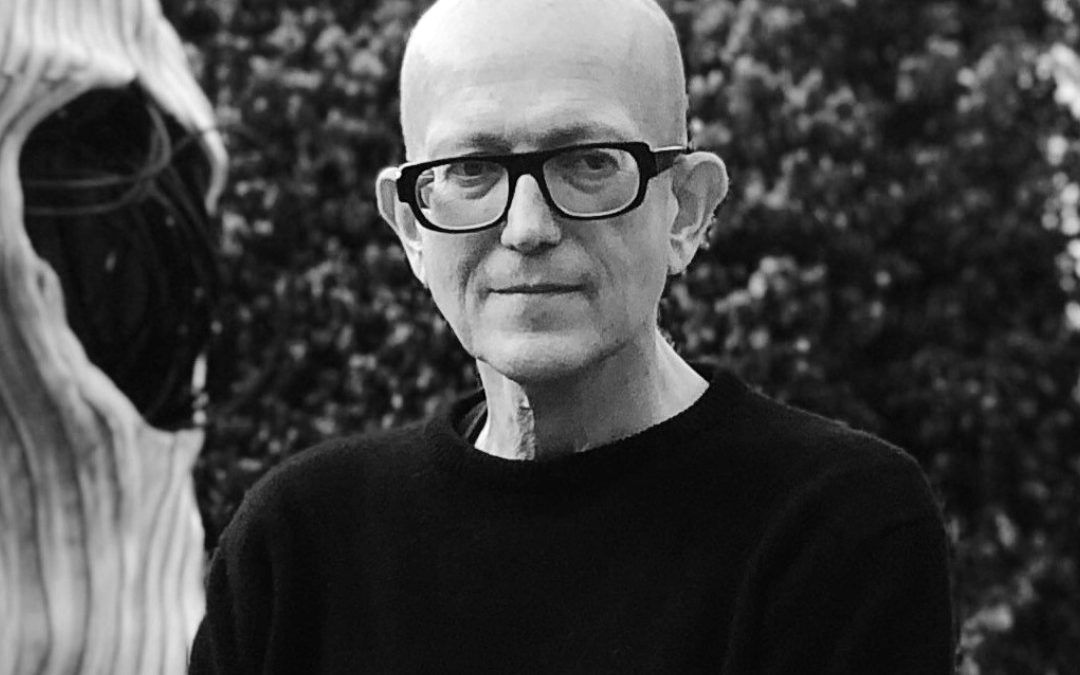 Erich Weiss – an art critic, curator, visual artist, teacher/researcher and publisher. He was born in 1966 in Waregem, Belgium. currently he lives and works as a curator in Barcelona, Picasso Museum, Huis Sonneveld (Het Nieuw Instituut Rotterdam) and Ghent where he has his studio.

The administrative building of the Municipal Committee of the Communist Party in Brno (“White house”).

The project called “A White Space in a White House” is a tribute to the emblematic exhibition ‘White Space in a White Space’ 1973 of Stano Filko, Milos Laky, Jan Zavarsky – House of Arts Brno. Installation of an outdoor billboard and indoor interventions in the building, accompanied by the publication of a free journal and an experimental film.
“A WHITE SPACE IN A WHITE SPACE” is the title of one of the most important exhibitions in the history of Modern art in the Czech Republic. This joint initiative of three artists—Stano Filko, Miloš Laky, and Ján Zavarský—left behind the sphere of science and technology in order to reach a spatial experience of the color white, and to equate painting to a mystical experience. White paint was applied, without any personal gesture, onto various objects and materials (i.e., carton tubes, felt)—it considered as a sign of transcendence beyond the the boundaries of the objective world. The exhibition was shown in Brno in 1973. This emblematic art experiment serves as inspiration for the interventions I plan for the the indoor and outdoor space of the White House building of Brno.

My idea is to make minimal white painted interventions in the interior spaces and to install a white billboard on the outside of the cinema space outside. Some of them will be inspired on copyleft instructions by conceptual artist Lawrence Weiner. The intervention is also a tribute to Yves Klein’s famous intervention in another emblematic modernist building, Haus Lange/Esters, where he created his ‘Empty’ white room.

It is like a contemporary version of the original exhibition and serves also as a tribute to the building’s architects, who managed to construct a splendid white modernist masterpiece, that is capable to maintain its character and independence under all radical changes in function it suffered in its short history.  The interventions should make the visitors be aware of specific architectural qualities of the space.  As audience I aim to reach casual visitors and users and a public of art- and architecture-lovers.

A kind of manifesto-like journal/flyer will be printed containing images of the interventions and an essay and will be distributed for free to the audience. An experimental documentary film will complete the project.