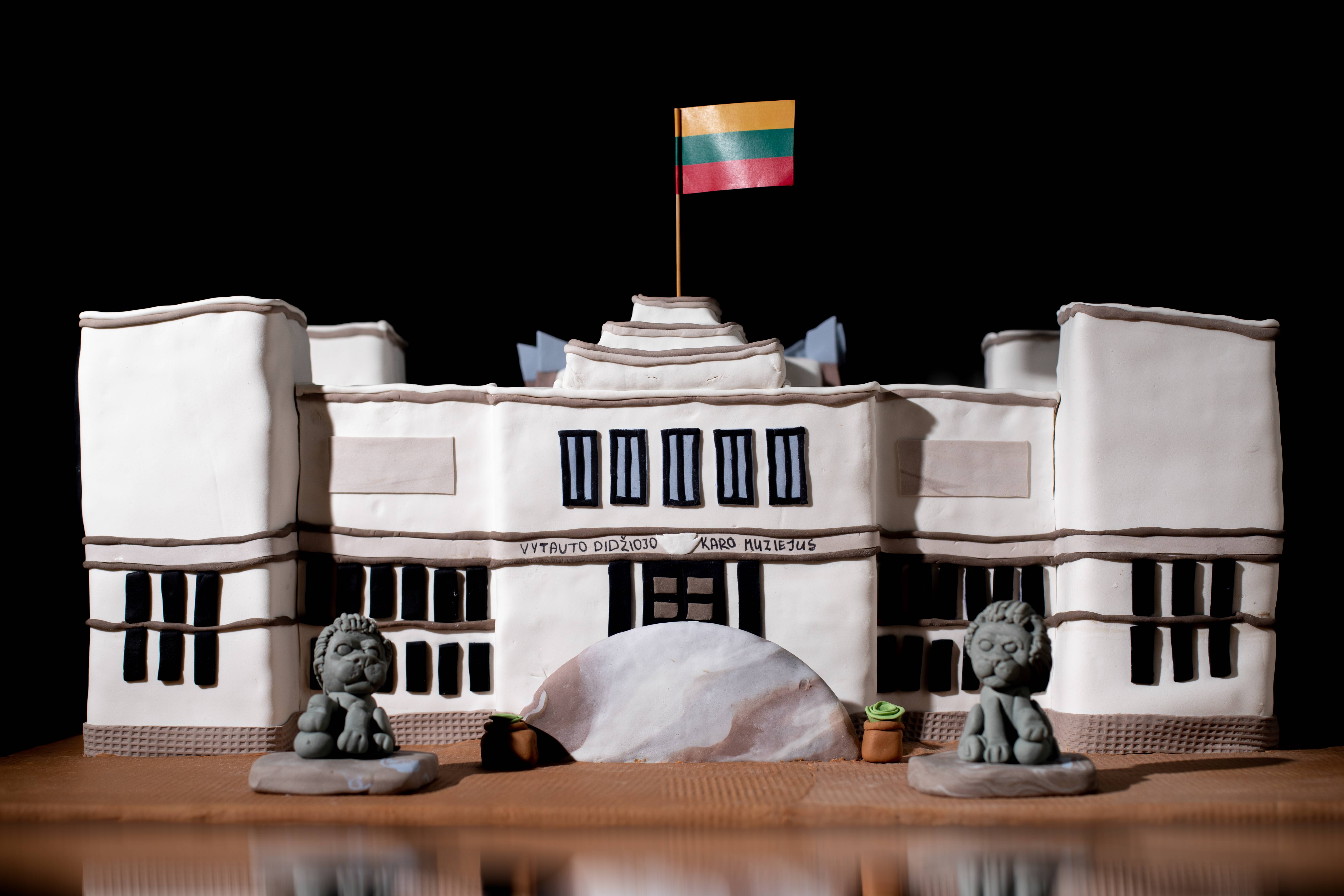 During the process of making a video art project on Kaunas Modernism, director Aideen Barry presented an idea to recreate modernist buildings as cakes and later use them as props, creating an optical illusion of Kaunas architectural heritage truly being made of biscuit and cream. 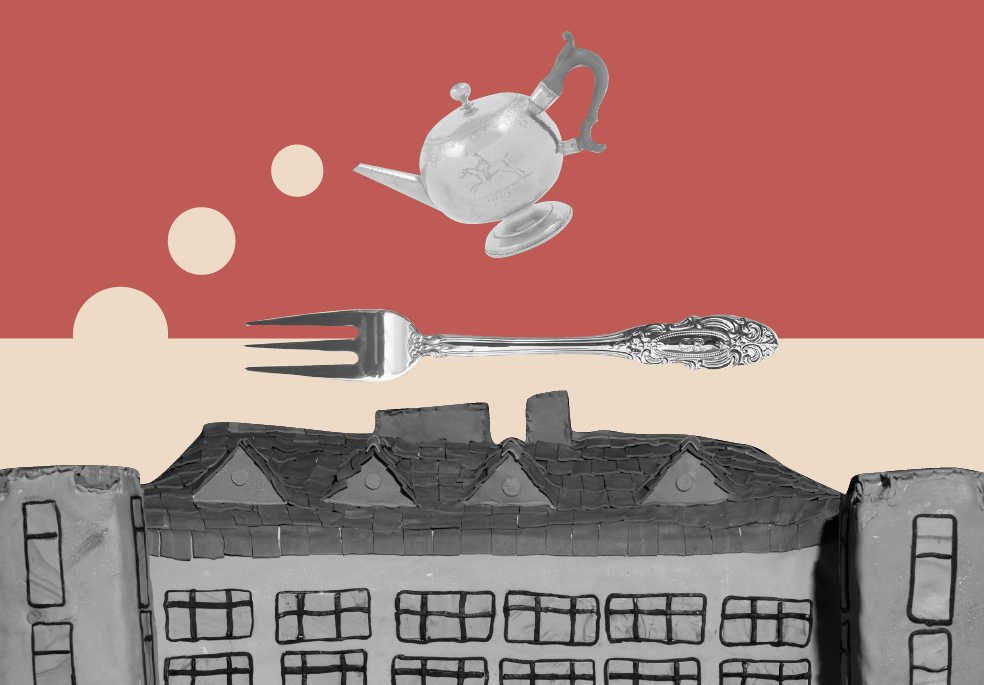 Postcard by E. Simonavičiūtė (2020), inspired by the cakes.

The cakes of Kaunas modernist architecture later inspired a designer at “Kaunas 2022” Eglė Simonavičiūtė; she created several cheerful postcards that were based on the photographs of the cakes taken by Marius Vizbaras.

Architectural objects recreated during the project:

Postcards of the Modernist Desserts by E. Simonavičiūtė, 2020.