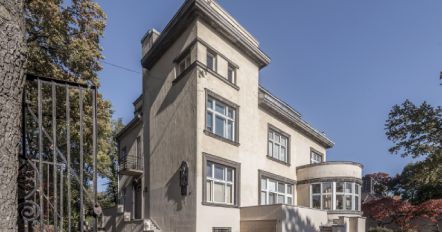 The villa of Prime Minister Juozas Tūbelis arose in one of the prettiest Kaunas spots at that time, on the uppermost terrace of the Žaliakalnis hillside near Kaukas Lane. It is a building, with an open view of the hillsides, that is modern in architecture, lucid in form, and asymmetric in composition. Its connection with its surroundings is strengthened by the open terraces, stairs, and tiny walls for support. The second floor contained the bedrooms. The main rooms separated only by sliding partitions were intended for receptions, frequently organized by the primes minister`s wife, the well-known social activist Jadvyga Tūbelienė.