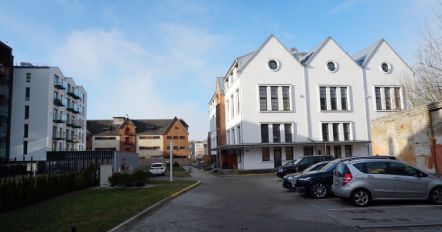 Probably almost every traveler sees the buildings of the quarter standing at the intersection of M. K. Čiurlionis and Karaliaus Mindaugo streets. Unfortunately, only few knows it`s rich and interesting history today. And it really deserves attention. This old industrial complex of the “Pienocentras” company is one of the most unique industrial-type interwar modernist ensembles not only in the city, but also in Lithuania. It also marks the place of the earliest Kaunas industrial district.

The Central Union of Lithuanian Milk Processing Companies “Pienocentras” was established in 1927. The main goal of the union was to unite all cooperative dairies, to promote and modernize milk production, to organize the supply of dairy products in the domestic and foreign markets. Today’s complex reflects the cultural level and economic potential of the interwar organization. In 1939 products of the company accounted for as much as 20% of all Lithuanian exports. People were proud that the company not only modernized the dairy industry, but also Lithuanian architecture, and focused on modernism. 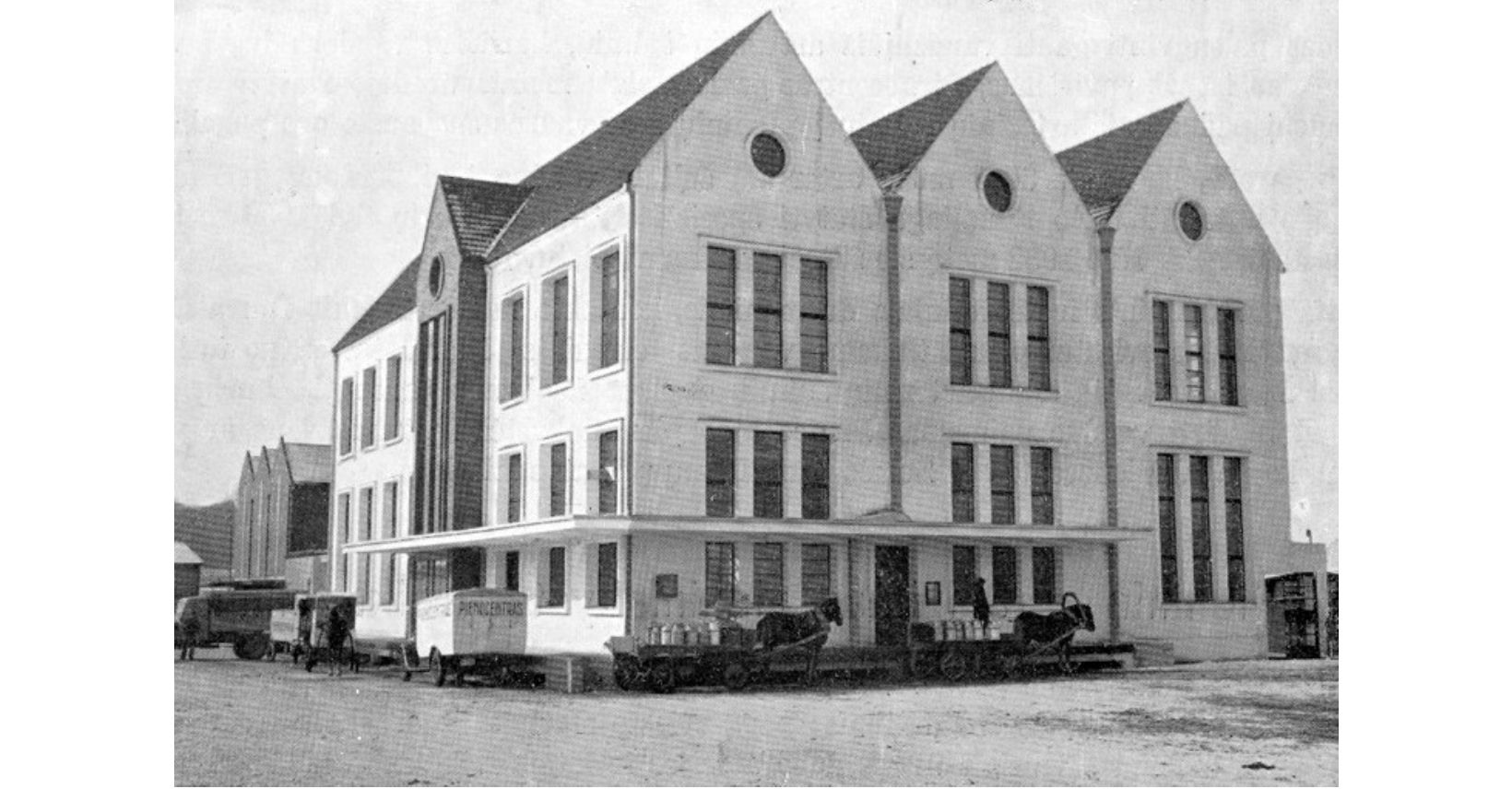 In 1934 the design works of the complex started. It was developed gradually, therefore the buildings were built at different times, and many famous Kaunas architects worked on their design: B. Elsbergas, V. Landsbergis-Žemkalnis, J. Kova-Kovalskis, engineers: A. Prapuolenis, T. Prijalgauskas, A. Rosenbliumas. The complex consisted of: a refrigerator, an egg warehouse, a central dairy with an administrative building and garages, a fruit and juice factory “Sodyba”. 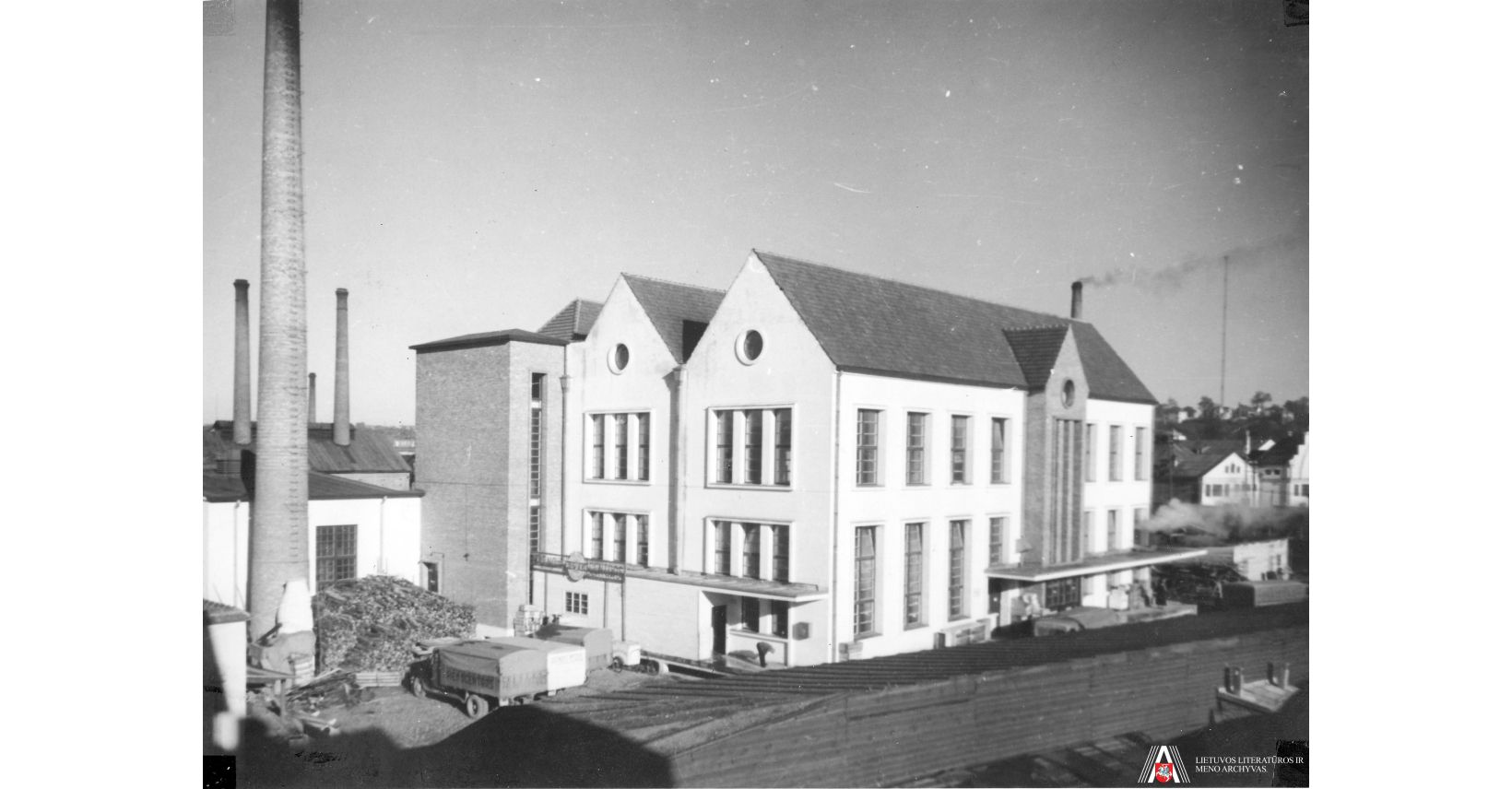 The first swallow of the complex was a refrigerator, built in 1935. It was intended for the storage of fish (equipped with a concrete pool), eggs and apples. A year later, according to the V. Landsbergis-Žemkalnis project, the construction of the central dairy building, which had no analogues in Lithuania, started. Therefore its equipment and project of the building was purchased from Denmark and then modified by a local architect, adapting it to the complex. The dairy building was reproduced in many publications of the time. In 1938 a new egg warehouse designed by architect J. Kova-Kovalskis was built next to the refrigerator. Its roof of the three saw-shaped segments became the common and self-interpreted accent of all three buildings in the complex. In this case architect J. Kova-Kovalskis also tried to give the building an association of medieval Hanseatic warehouses. In the same year, the last highlight of the complex was built – the fruit juice factory “Sodyba”. The authors of his project were V. Landsbergis-Žemkalnis and A. Prapuolenis. The monolithic reinforced concrete structures were created by engineer A. Rozenbliumas. 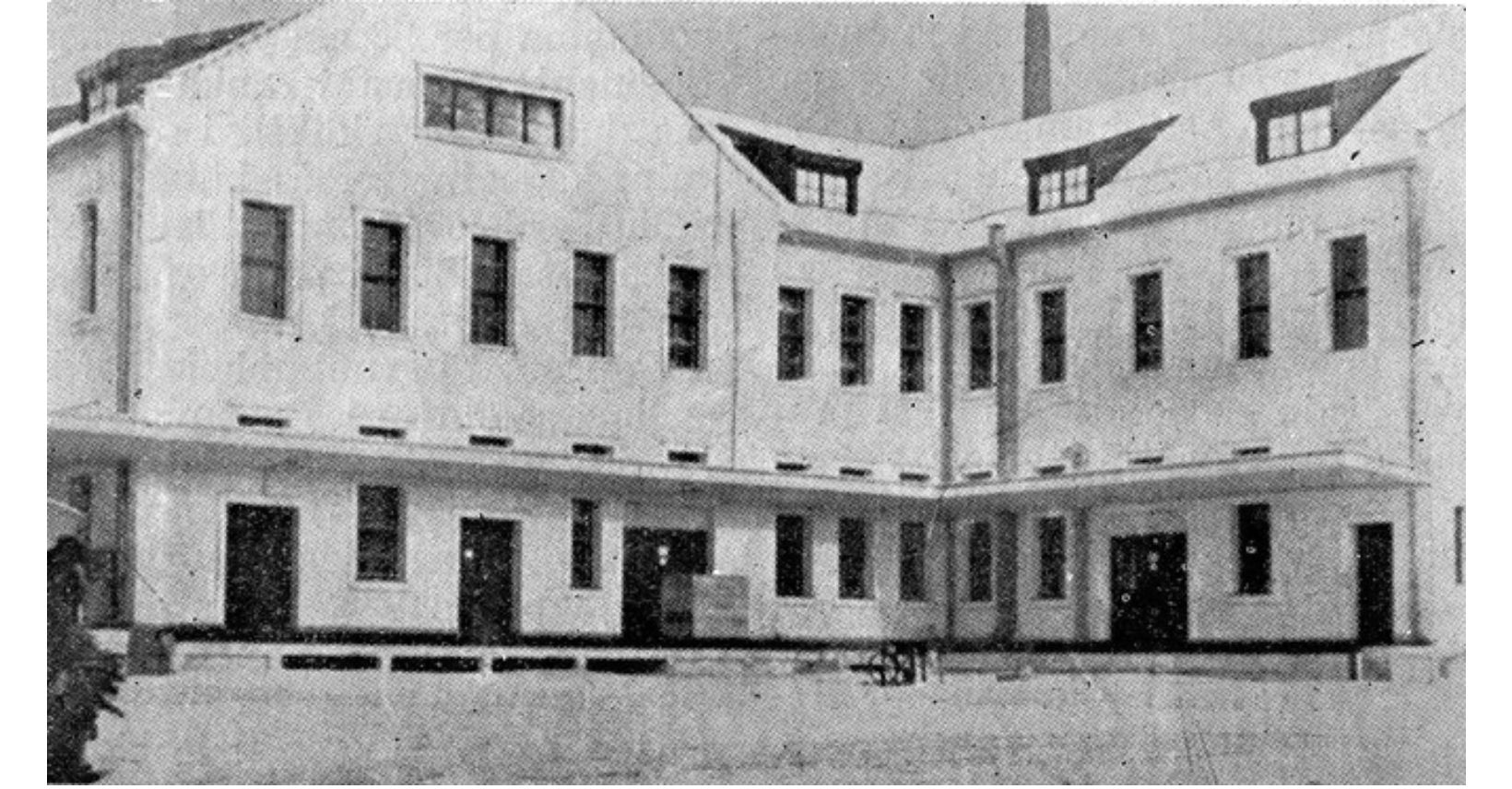 The activities of the “Pienocentras” company have become a very significant factor in raising the Lithuanian economy and agricultural culture, which have also encouraged the development of modernist ideas. Throughout its existence, this building complex has remained almost unchanged in architectural terms. In 2010 it was decided to reconstruct the complex, which was no longer used for its original purpose, adapting it to the needs of modern life and business. New buildings have appeared in the complex. However, the unique complex of industrial architecture has been preserved. Some of the old buildings are still waiting in their conversion queue.