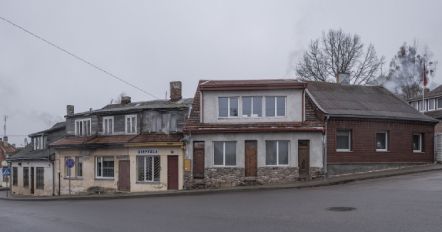 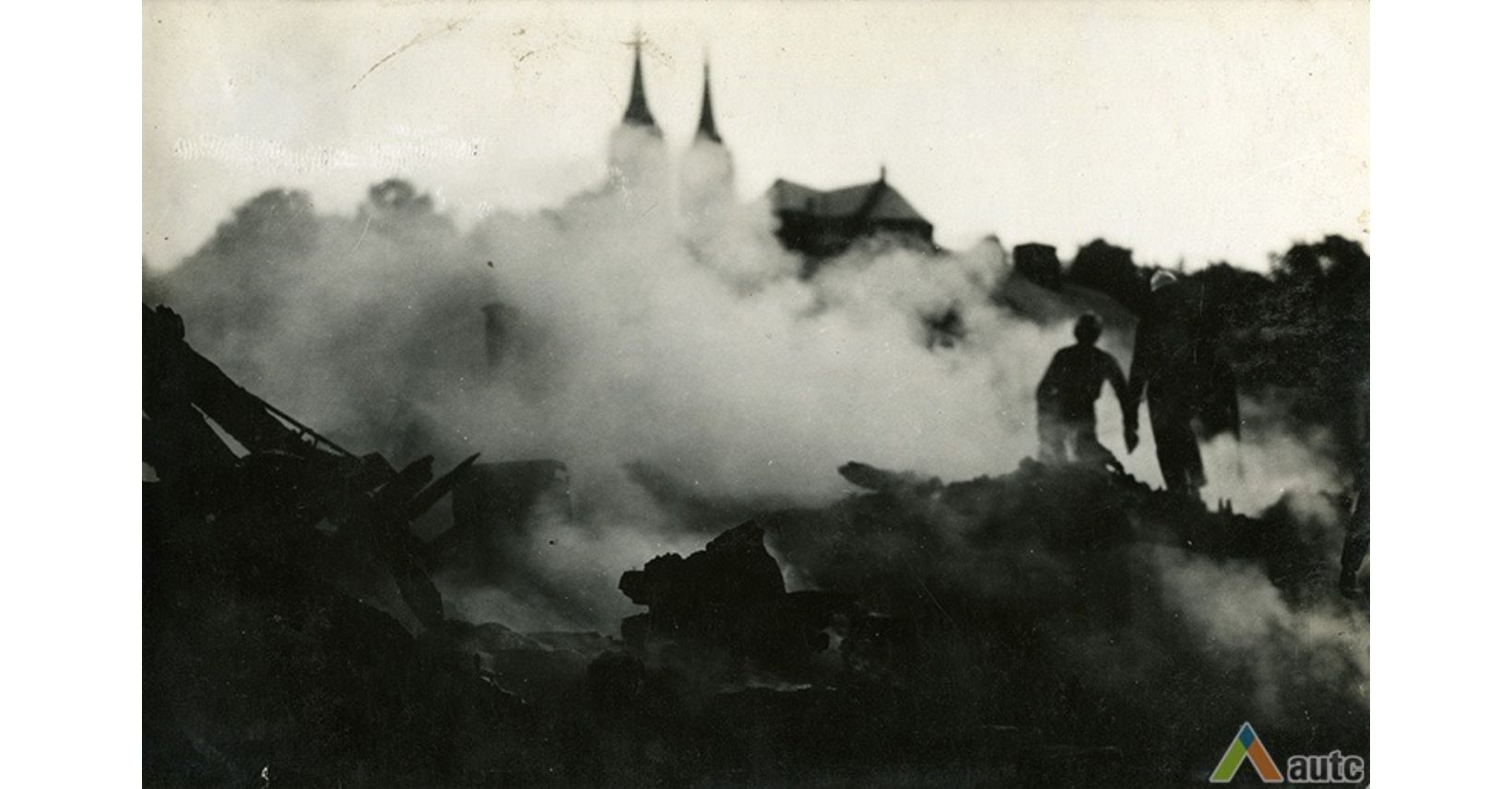 Fire in Vilkija, 1940s. Photo from A. and J. Juškos Museum of Ethnic Culture.

Fire as a catalyst for the modernization

Major fires and catastrophes have always been not only a devastating factor. This was often a mitigating circumstance when parts of the settlements had to be substantially redesigned or rebuilt to meet new hygiene, safety and comfort requirements. Of course, in most cases it was enough to simply change the legal framework. For example, in 1929 the construction statutes were amended to allow the demolition of buildings of poor condition and image or parts thereof in Lithuanian cities and towns. In Vilkija, dozens of such buildings were demolished at that time. However, in the last years of independence, larger town maintenance works were also undertaken. In 1938 after the fire that devastated the center of Vilkija, an opportunity to build a group of modernist buildings and to establish a new urban plan for town center appeared.