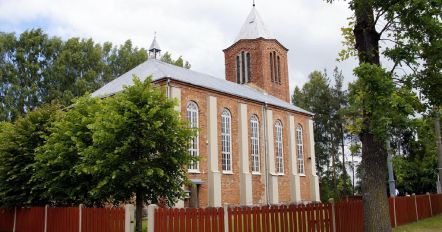 Because of the Kaunas fortress, during the First World War, active military actions took place in the city and its environs. This caused trouble not only for the civilians, but also for significant architectural objects – especially the churches that dominated the landscape at that time. Therefore, after Lithuania regained its independence and the number of Catholics in the parishes grew, not only new churches were built but also the ones that were destroyed during the war were reconstructed, and famous Lithuanian architects of the interwar period contributed to them.

In Pažėrai village, next to the old wooden one, the New Church of the Heart of Jesus was built. Its author – the famous Kaunas architect and modernist Stasys Kudokas – also prepared a project for the reconstruction of the towers of the Garliava church, which was significantly destroyed during the war. Meanwhile, the author of the reconstruction of the New Zapyškis Church became the engineer Antanas Macijauskas – an active patriot and the head of the Commissariat of the Reconstruction of Lithuania. 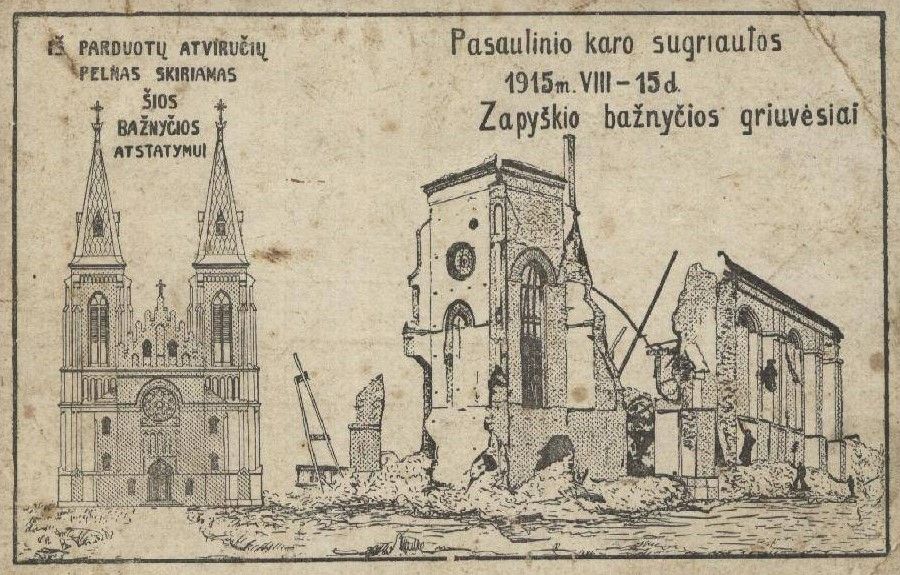 A postcard depicting the project and demolition of the new Zapyškis church, beginning of the 20th century. Publisher: Parish Committee of Zapyškis. Source: pirkis.lt

Movement of the town center

Today Zapyškis is deservedly associated by many with the old Gothic church named after the St. John the Baptist, standing in the historic center of the town, on the bank of Nemunas river. But Zapyškis is one of those settlements in Kaunas district that had to suffer not only war disasters, but also the destructive element of water. Originally located on the bank of Nemunas river, it was later weakened by the repeated floods. The town began to “climb” upwards, abandoning the historical center and leaving a lonely church. That is how, in the long run, the village of Kluoniškės, located on the upper terrace of the river valley, became the new center of Zapyškis town, and this change was also “confirmed” by the appearance of significant architectural objects: the New Zapyškis St. John the Baptist Church, the school, and a modern community center was built, in which a library, a kindergarten, a cultural center, a primary health care center and a post office were located. 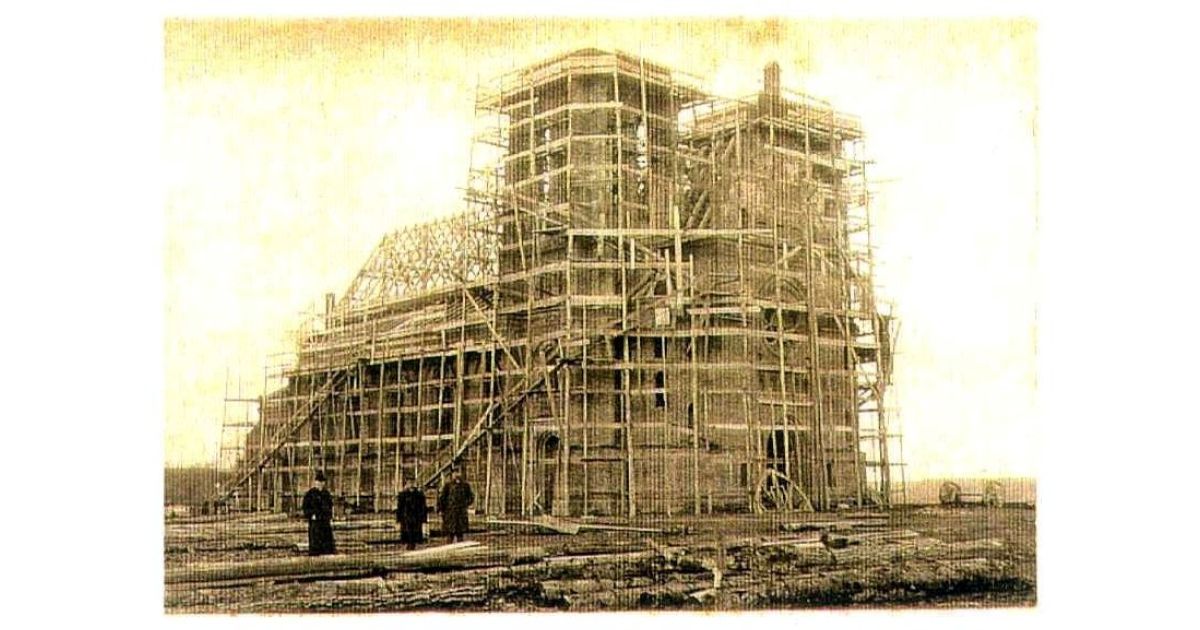 A New Church that becomes a historical monument

While the Old Church was still working, during the spring floods, all the religious services were organized in the parson`s barn on the hill. Finally, under the care of the parson Kazys Valaitis, during 1908–1914, a new brick two-tower neo-Gothic church was built. It was designed by Marijampolė County engineer Valerijus Rybarskis and engineer Florijonas Vyganovskis, who lived in Riga. Before the First World War, the church was almost completed, but in 1915 it was blown up by retreating units of the Russian army.

The ruins of the New Zapyškis Church in 1915. Photo from the archives of Vytautas the Great War Museum. Source: A. Pociūnas, Kauno tvirtovės gynyba 1915 metais, Vilnius, 2008.

In 1937 it was decided to build a new brick church, and engineer Antanas Macijauskas was invited to design it. Between 1922–1923 he headed the Commissariat of the Reconstruction of Lithuania, whose task was “planned and cultural reconstruction of Lithuanian towns and villages” after the war. Later, in 1931, he began his private practice. This engineer actively contributed to the attempt to create the Lithuanian or national style in architecture.

In 1939 on the surviving foundations, a pseudo-romanic church with a square tower was started to be built in Zapyškis. However, construction was not completed until 1942, and it opened its doors only in 1957. The walls of the building are decorated with the modernized elements of historical styles typical for interwar Lithuanian architecture and also cleverly integrated fragments of the walls of the ruined church. Another feature is the less common absence of apse in church architecture.