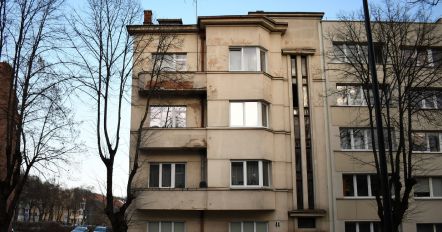 Although this house could easily be attributed to the authorship of architect B. Elsbergas (at least some houses of a similar type and architecture can be seen right here in V. Putvinskio Street), it is a project of engineer G. Gumeniukas. Meanwhile, the existing similarities between such projects testify to the universal fashions and architectural tendencies of modernism at the time. 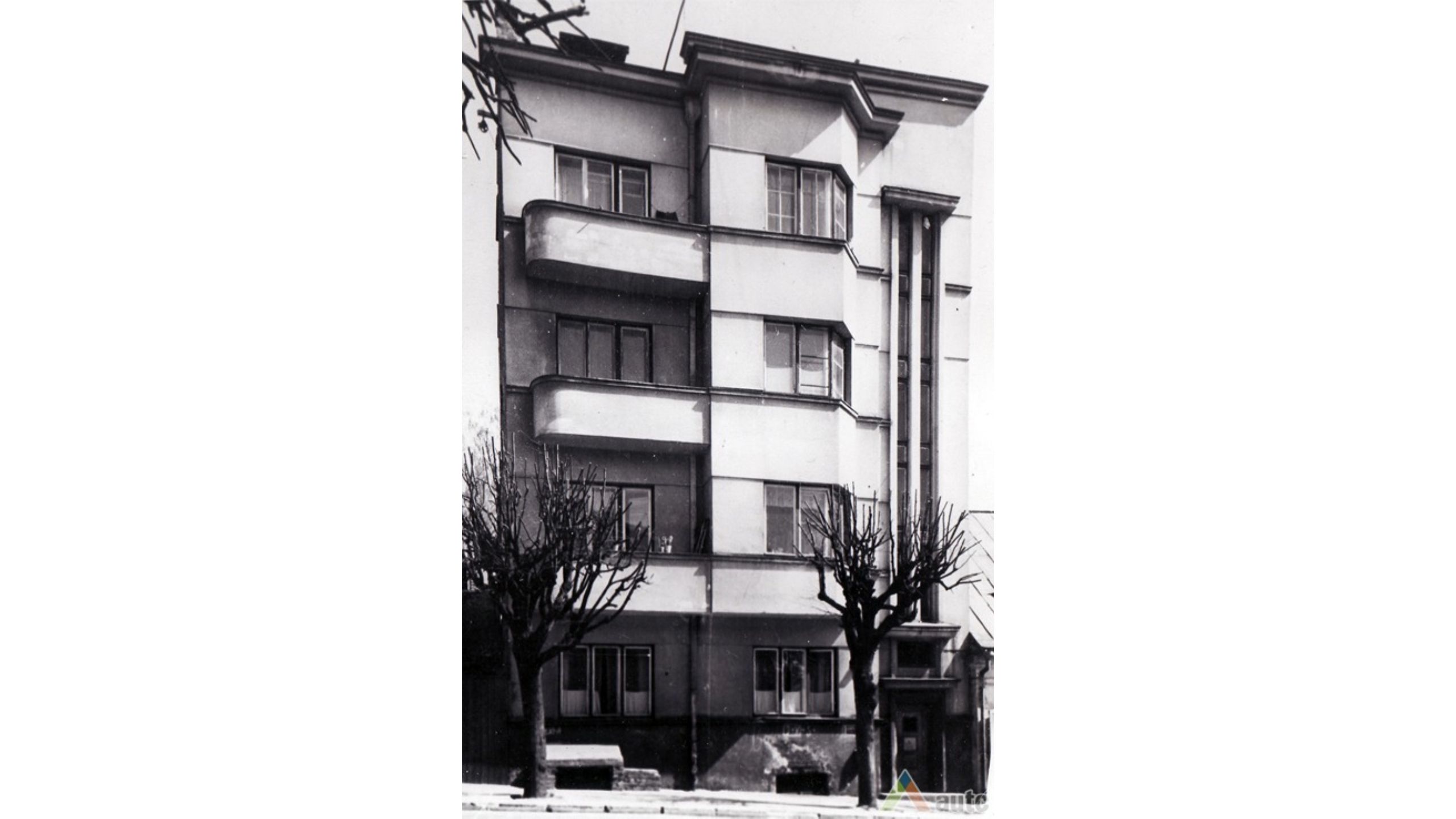 Photo of the house in 1956. Photo by J. Skeivys. Source: Kaunas University of Technology, archive of the Institute of Architecture and Construction. Photo source: www.autc.lt

The owners of the house were Marija Legeckaitė and Povilas Legeckas. The house was built in 1939. M. Legeckaitė was a doctor of gynecological diseases, so in this house she not only lived but also woked. Many well-known doctors of that time were settling in the prestigious V. Putvinskio Street. Interestingly, such neighborhood ties were maintained even after the war when the owners of these houses moved to the west. In 1959 a congress of Lithuanian doctors was organized in the United States of America, and former neighbors V. Tercijonas and P. Legeckas also met there, beyond the Atlantic.