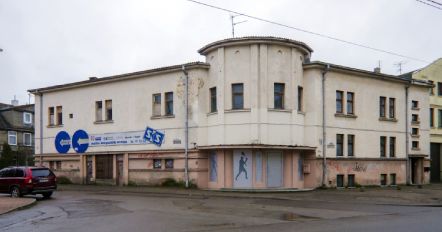 A Down from the Down Street

Movie theatre “Aušra” (A Dawn) was opened in 1939 in Žaliakalnis. For a short period of time it was the most modern and beautiful movie theatre in Kaunas with 800 seats until the emergence of “Romuva” in the city center. It was notable for its Lithuanian folk style interior, designed by famous artist Rimtas Kalpokas and implemented with the help of craft school. The owners of the building were two refugees from Klaipėda region, after it was occupied by Nazi Germay. Tovis Iserlisas and Simonas Šlesas had already established two cinemas in Klaipėda and Berlin. 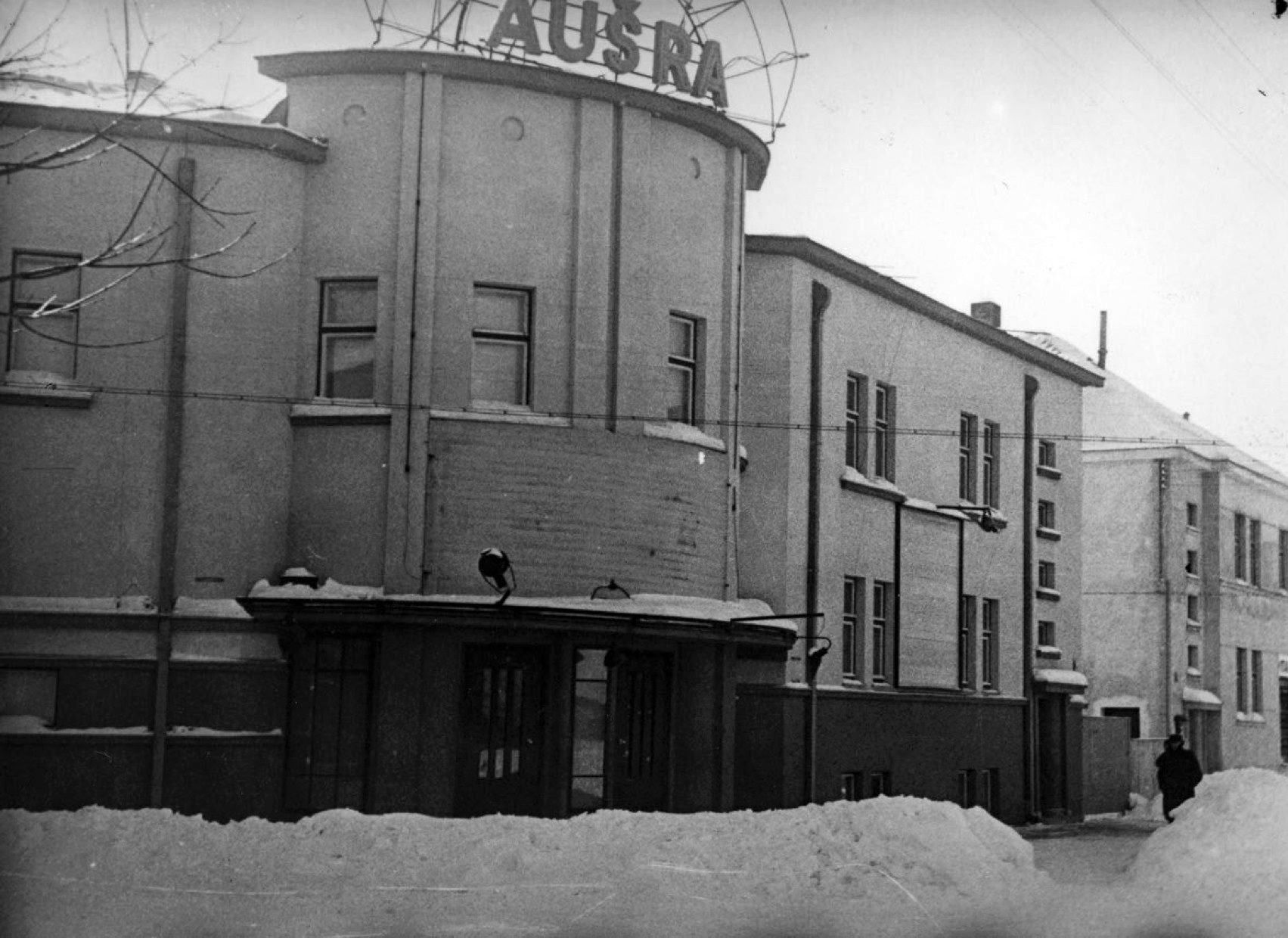 A movie theatre in 1940s. Photo from the archive of The Lithuanian Theatre, Music and Cinema Museum.

The “Aušra” movie theatre screened predominantly eye-pleasing and notorious American, French and Russian films; many of which were for adults-only. It had the cheapest tickets (hopping for a bigger turnaround), plus it offered discounts for university and high school students. 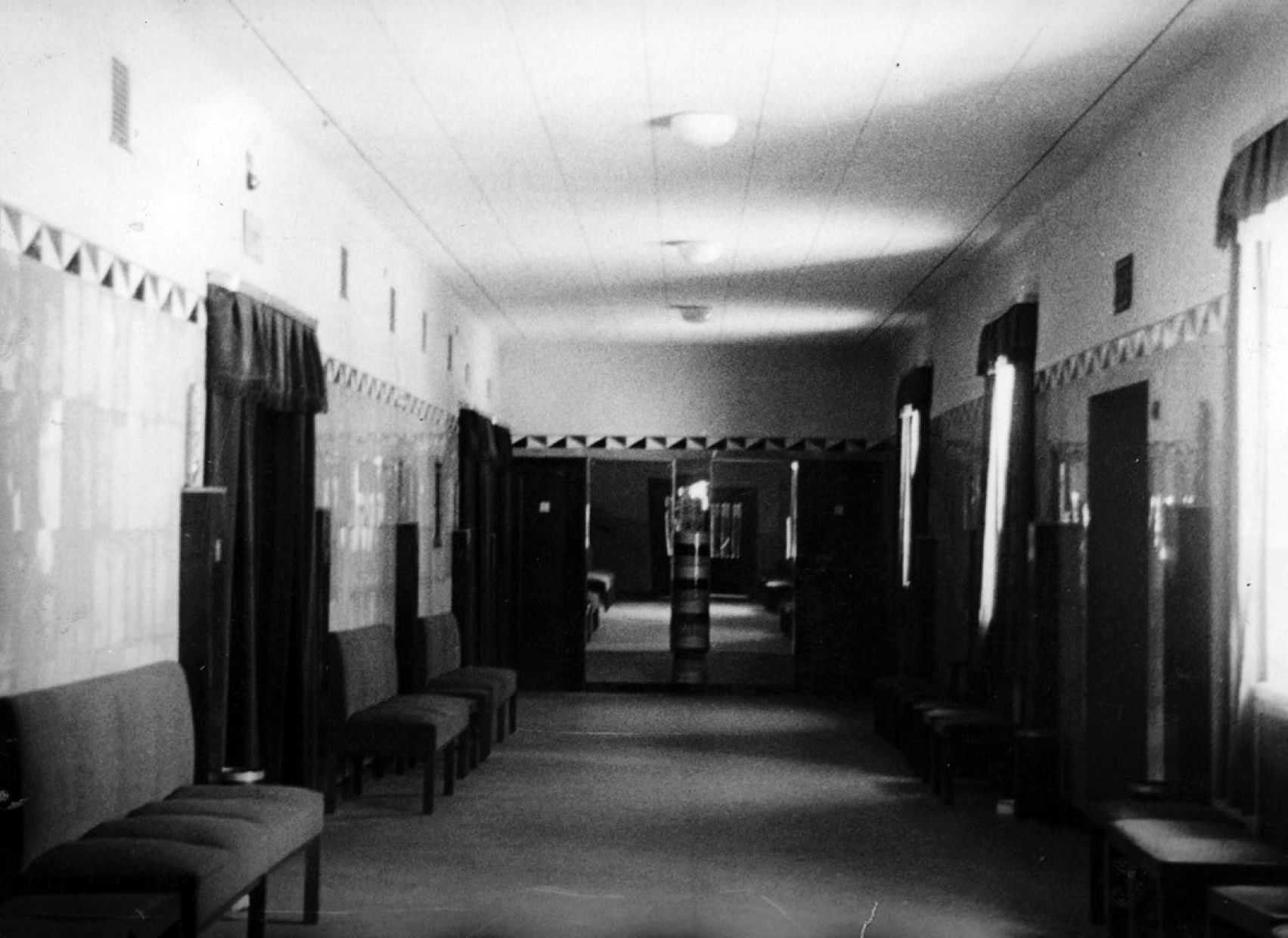 Interior of  “Aušra” in 1940s. Photo from the archive of The Lithuanian Theatre, Music and Cinema Museum.

Currently the building is occupied by the Kaunas Squash Club. Nothing has remained of its former interior, except for a fragment of floor mosaic at the entrance, offering a glimpse of what the cinema`s interior was like. 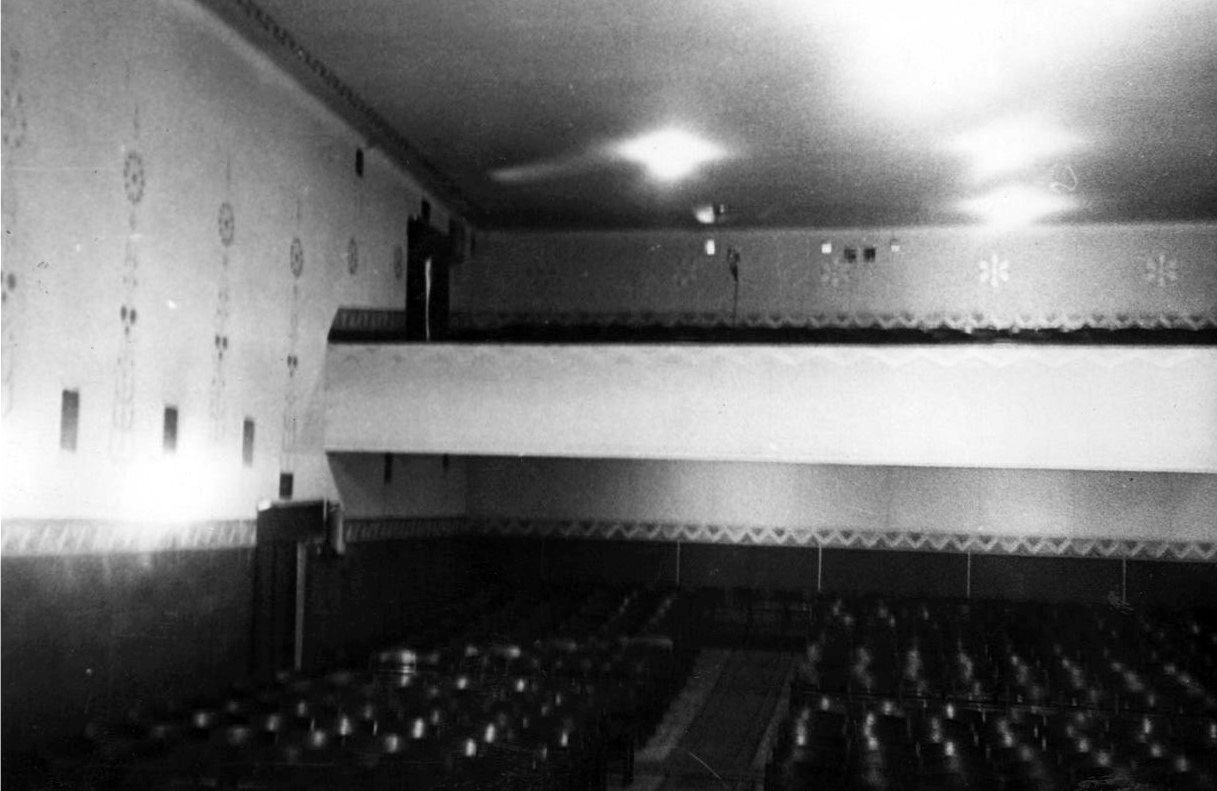 Interior of  “Aušra” in 1940s. Photo from the archive of The Lithuanian Theatre, Music and Cinema Museum.