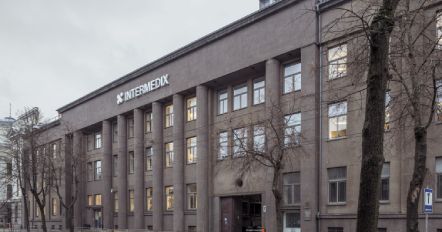 The construction of the post office and the telephone station next to each other was not accidental. As the post office was being modernized, the need of a modern telephone exchange became apparent. The rapidly increasing number of telephone subscribers made a need to automate manual switch systems. The current generation of mobile subscribers has grown significantly to this day. Fast mobile phone communication for them became a completely common thing and old phones became museum exhibits. So how did those old systems work?

Generally speaking, the automation of telephone communication at that time meant accurate and fast communication – telephone operator manually connecting calls with cord pairs at a telephone switchboard was replaced by automated connection systems. What did this mean in the daily lives of the people of that time? The fact that when one subscriber finished turning the circle of the last number with his finger, the ringing signal was already heard at the other end of the wire almost at the same time.

The new system was installed by the British corporation Automatic Electric Company Ltd of Strowger Works. As it was common for large institutions of that time, the building was used in several ways: the main halls were serving for technical equipment and support, also there were not only offices for staff, but also apartments for them. The Board of Roads and Waterways was also housed in the building. The building suffered during the war and reached our days a bit different. At the beginning it consisted of three volumes: two on the street side (separated by a gateway) and one perpendicular to them in the yard. However, in 1944 it was blown up and has not survived to this day.

The adaptability of the building was proved during time. The printing house “Šviesa” has been operating in it for a long time after the war and in 2014, the building was acquired by the US-based healthcare technologies and services giant Intermedix Corporation.