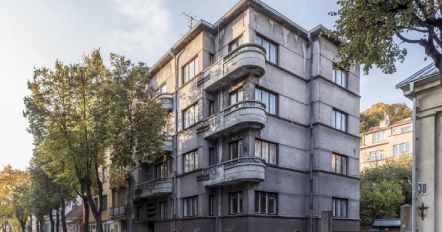 From political activism to entrepreneurship

Born in 1900, Algirdas Sliesoraitis was the child of the newly dawned era of modernism: socially active, initiative and entrepreneurial citizen of his time. As most of the Lithuanians scattered by World War 1, he came back to Lithuania in 1918, was enlisted in the army as a volunteer, defended the independence of his land and started studying. He studied in the Faculty of Technology and later, the Faculty of Law at the University of Lithuania, was a member of Neo-Lithuania corporation. Yet he did not renounce the warfare either. He became a military officer and in 1927, founder and the chief of staff in the paramilitary nationalist organisation Geležinis Vilkas (Iron Wolf). Its aim was to stabilise the situation after the coup d’état of December 16 and defend the government of Antanas Smetona against the influence of any party. However, eventually the organisation changed to the extent that it became a weapon of political battles between two people, who shared their vision and founded the Nationalist Union, and who later became two fierce and irreconcilable opponents. Removed from power, former prime minister Augustinas Voldemaras became the ideological and, to some extent, the virtual leader of the organisation, so it was no coincidence that they were later named voldemarininkai. 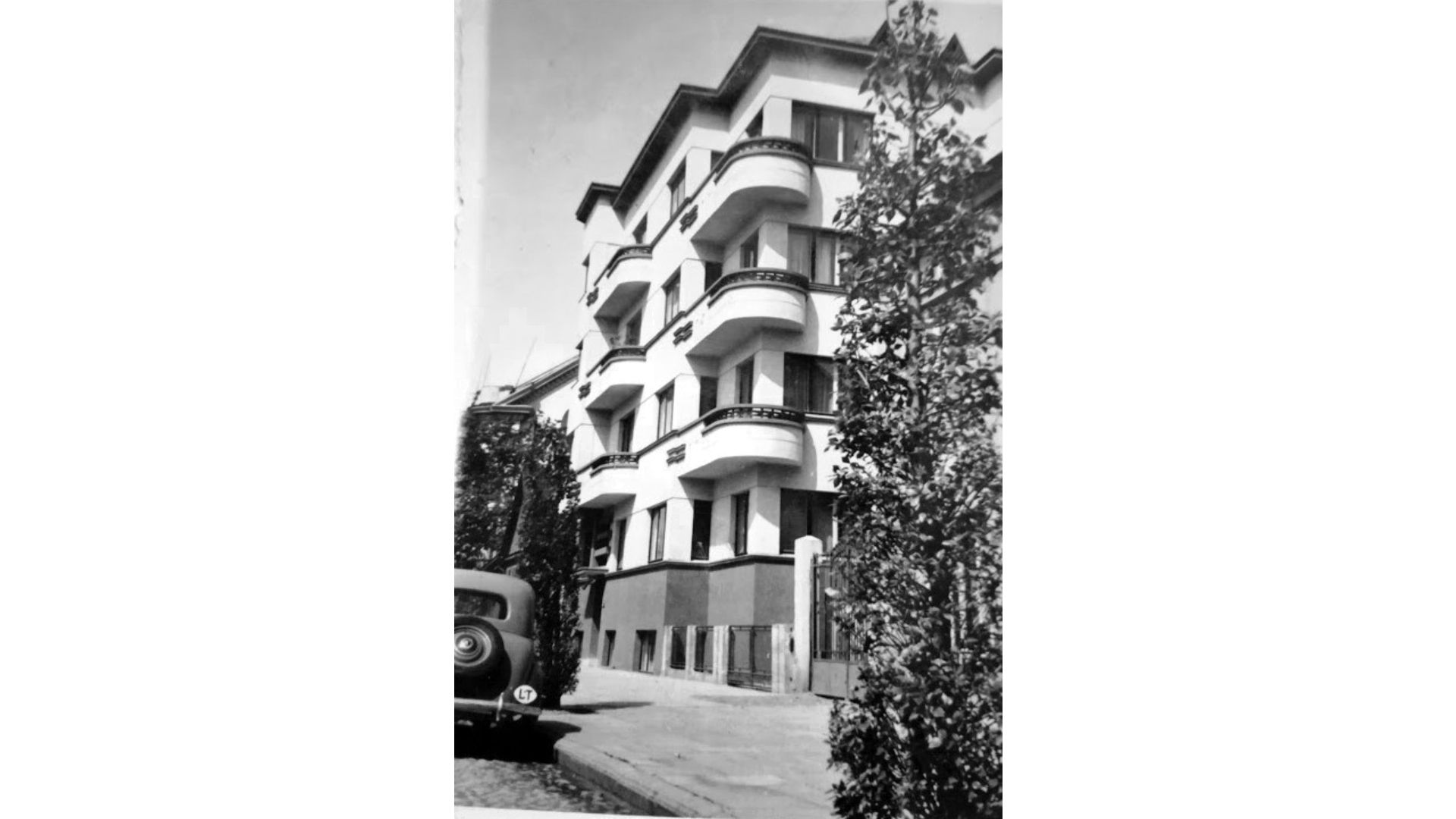 However, business became some sort of shelter against political fights and warfare. Sliesoraitis established and was in charge of Skuba, railway trade and expedition company. He also was a shareholder of Lietuvos Linas and freight company Vaga. As most of the entrepreneurial and affluent residents of Kaunas in those times, he invested into the real estate. Yet according to the accounts of his relatives, the house was built so that all three sons of A. Sliesoraitis and later their families could remain under one roof. Therefore, each son was supposed to get his own floor and while they came of age, the apartments were rented. The multi-residential building was constructed in a prestigious street of the city and not only represented its owner, but also signified his position in the society.

To help with the design of the building, the owner of the house invited a promising architect Bronius Elsbergas who studied not only in Lithuanian, but also French and Belgian institutions of higher education. Yet it does not seem that his choice was random: in 1935–1941, the architect worked in the Construction division of the Weaponry Board of the Lithuanian Armed Forces. In any case, the building constructed in the city was a fashionable representative of its time. It has changed little to this day and a lot of authentic details survived. Even today, the house meets different needs of today’s society: there are two apartments designed on each floor: large and comfortable 4-5 room apartments for residents of higher and average income, and smaller apartments with 1-2 hotel-type apartments (without a kitchen) for bachelors. 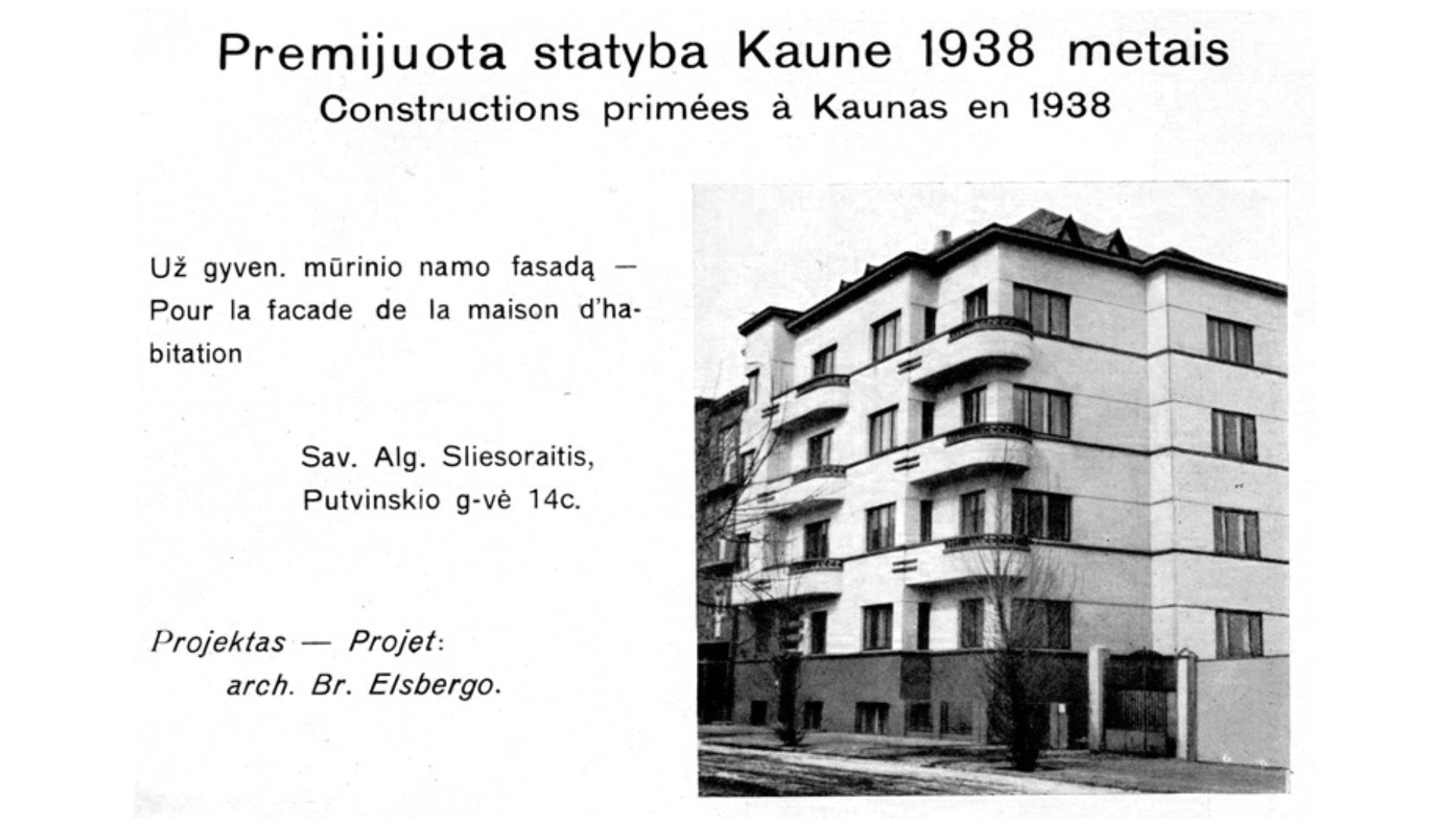 While abandoned, the design of the building continues to catch an eye of every architectural aficionado. It features expressive details: not only did curved balconies, grooves, and stepped shape expressed the energy of the time and the trends dominant in Europe, but the taste of the client as well. It is also worth mentioning the exquisite style of the architect that can be felt in details: a very unique, exclusive style of the exterior doors. An interesting fact is that creative flight inspired Elsbergas not only to design the fine elements, but also capture them in photos and later introduce in fine art exhibitions as modernist pictures. The building of powerful style receive acclaim once it was built: an award from city municipality for great architecture that decorates the city. However, there was not much time left to rejoice. In 1940, an officer who was deemed too active and merited, was imprisoned in Kaunas Hard Labour Prison and later deported to the Soviet Russia. Yet it was not at his desire and free will. And this was where he died.