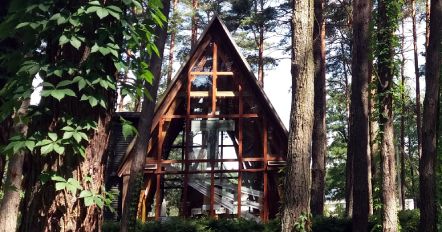 A chapel sunk in a picturesque forest park

After the First World War, when the summer resort of Kačerginė and the population grew, the considerations about the construction of the church began. Architect Vytautas Landsbergis-Žemkalnis, who spent his summers in Kačerginė during the interwar period, prepared a unique chapel project in 1936.

“My Dad designed it from wood, with light, transparent walls, so that the pine forest was not separated from nature – the church of God” (from the memories of the son V. Landsbergis) 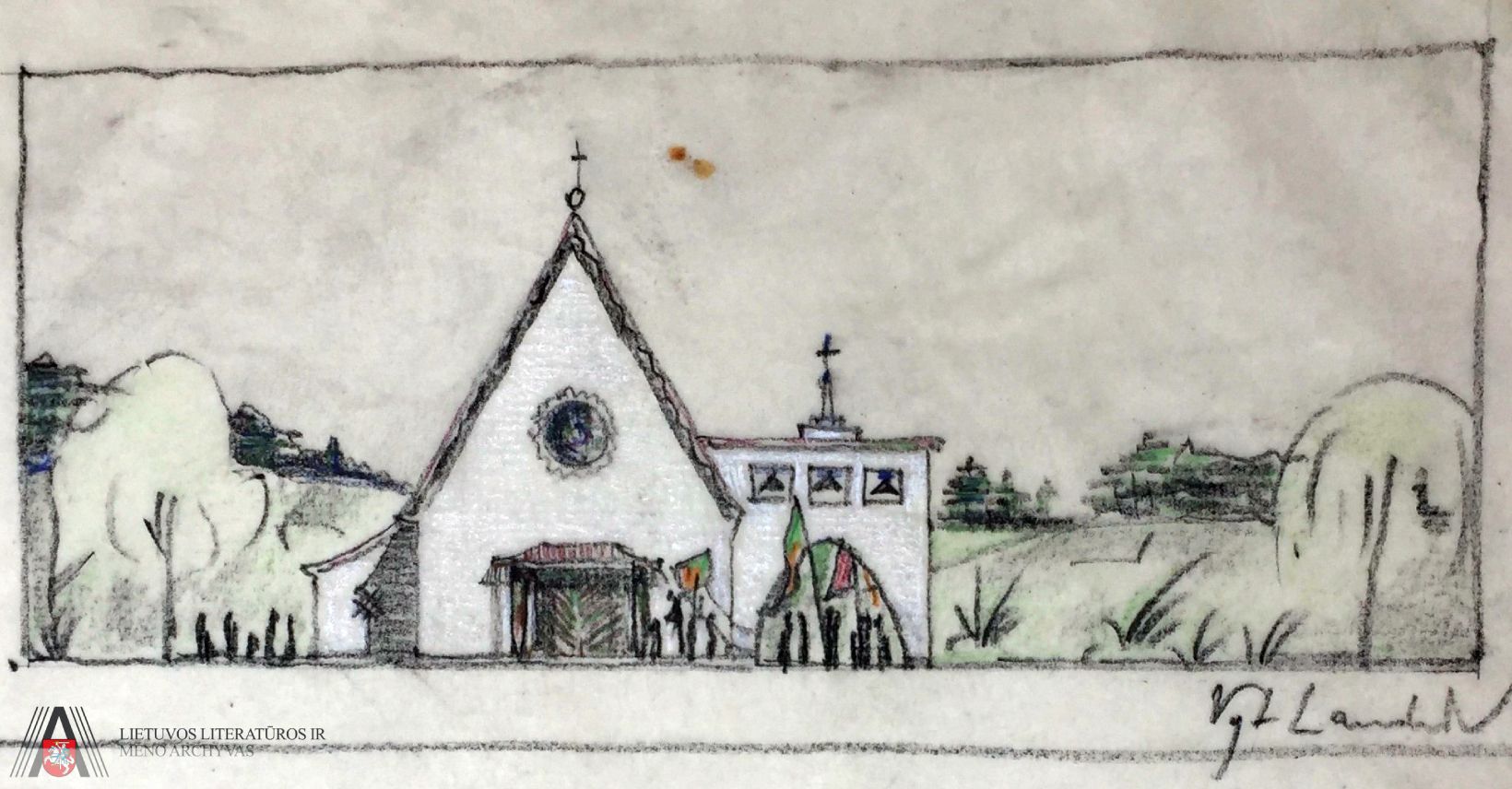 The first drawings of the chapel, done by the architect V. Landsbergis-Žemklanis. Source: Lithuanian archives of literature and arts.

However, for the clients it turned out to be too unconventional. With the outbreak of World War II and the Soviet occupation, the parish community was shattered and religious life was interrupted.

After 1994 the formation of a new religious community took the initiative to restore what was destroyed. The new chapel was built in 1998 based on the original drawings of the architect V. Landsbergis-Žemkalnis. The new project was adjusted by architects Feliksas Jackevičius and Gediminas Jurevičius. Construction took 4 months. The chapel was consecrated in 1998. 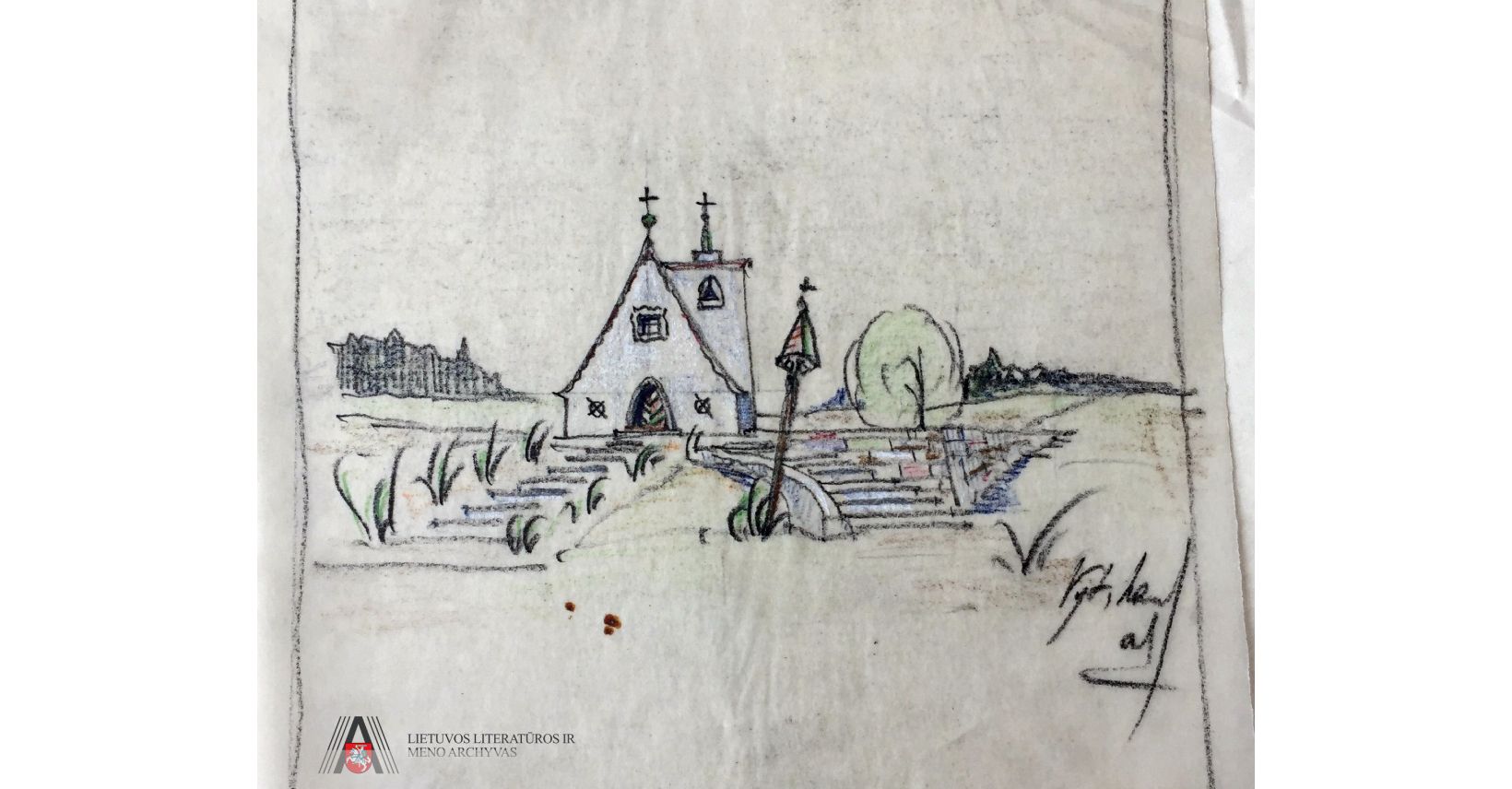 The first drawings of the chapel, done by the architect V. Landsbergis-Žemklanis. Source: Lithuanian archives of literature and arts.

The glass gates to Paradise

Although V. Landsbergis-Žemkalnis designed many churches in Lithuania before the Second World War, the Kačerginė chapel, first of all, stood out with its unique philosophy. A building that becomes not an accent, but a harmonious part of the surrounding environment, where even when inside, you can feel the connection with the environment, as if merging with it. Sadly, this idea was realized when it was no longer so avant-garde in the world. But still, it is extremely gratifying that we can still recognize this wonderful idea today. In 2018, one participant of the International Youth Summer Camp said:

“I never thought that the gates to Paradise could be made of glass…” (Petar Vuckovic).

Photos by Zapyškis parish and eldership of Kačerginė.