The monument to the victims of the IXth Fort 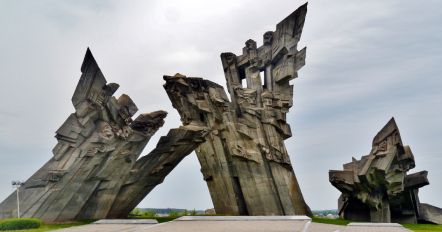 “When I saw people walking in the distance, I turned in their direction and faced a barbed wire fence. After passing through it, I went through the uncut grass. I laughed in my mind when I thought that this whole situation may turn out to be a strange version of “Escape to Shoshenko”. After climbing the mountain, I walked along a fortified ditch, anxiously trying to imagine how things looked like during the years when it was a prison here. A few more steps and the mountain recedes, revealing the most impressive part of the territory – a 32-meter-high brutal-style monument to the victims of genocide.”

History of a place, dating back to the beginning of the 20th century

The IXth Fort – an integral part of Kaunas Fortress complex – was the last fort to be fully completed before the First World War, which gave the beginning to the second ring of forts that had to surround Kaunas. During the years of independence, the remote fortification building, which was no longer used for military purposes, became a perfect place for prison. Therefore in 1924 the Kaunas Hard Labor Prison Department was opened here and until the Second World War, political prisoners were imprisoned here. After the Soviet occupation in 1940, this building was taken over by the People’s Commissariat of Internal Affairs (NKVD). This prison became a point of transfer of political prisoners to Soviet labour camps. However, the darkest period of this place began during World War II. During the Nazi occupation (1941–1944), the fort began to function as a death camp. About 50 thousand people – Lithuanian and European Jews, Poles, Lithuanians, Russians – were imprisoned here and killed in the nearby meadow.

The earliest action of immortalisation of the tragic events of this place became the museification of the physical space itself. In 1958 the fort and prison buildings were reconstructed, restored and adapted for museum use, the first expositions were installed. But in the long run, a need to create a monument for this space appeared. In 1966 an open competition was announced. It became one of the most important state orders of this kind during the Soviet era for the creation of a memorial site of national significance. The competition consisted of four stages. It is estimated that about a hundred projects were submitted and only in the fourth stage it was possible to decide who the winners are.

The project of sculptor A. Vincentas Ambraziūnas, architects V. Vielius and G. Baravykas was chosen. Its history was long – nineteen years have passed between the announcement of the competition and the unveiling of the monument. After the expansion of the territory, from 1976 to 1984 a memorial complex was created, the main accents of which became architecture, sculpture and landscape elements. Today, the memorial complex of Kaunas IXth Fort consists of the fort, an administrative building, a new museum, a memorial to the victims of Nazism, a field of mass murder-graveyard and a park. 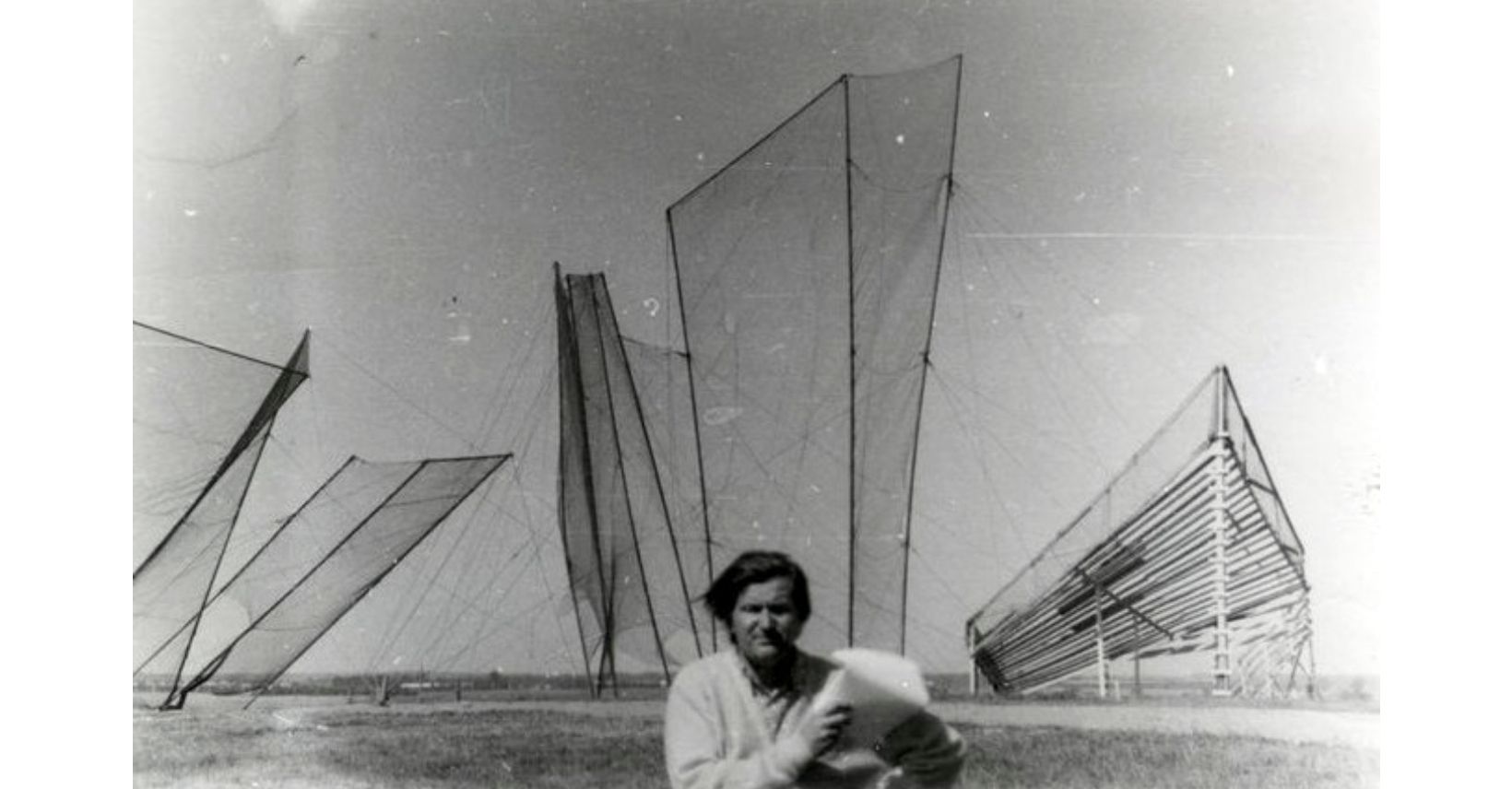 After the announcement of the winners in 1970, a six-year design phase began. It took almost another ten years to build. The memorial complex of the IXth Fort was opened in 1984. This monument became probably the largest and most famous monument in Lithuania. The brutalist-style three-part concrete sculptural composition symbolizes the confrontation with evil, the rise to fight and resistance. The smallest, right one is called “Pain”, the diagonally rising left is “Hope”, and the largest, decorated with smiling faces is “Liberation.”

It’s not just a concrete sculpture. Each cast figure has its own meaning and message that it wants to convey to visitors. Metal constructions were used for the skeletons of the monument, and reinforced concrete for the outside. It is often thought that a work is made of wood. Such an illusion is created by a texture specially selected to give warmth to a rough work. It is also interesting that the authors of the memorial complex managed to avoid the direct use of Soviet symbols, therefore it should be appreciated as a high-quality art work that responds to the spirit of the time. 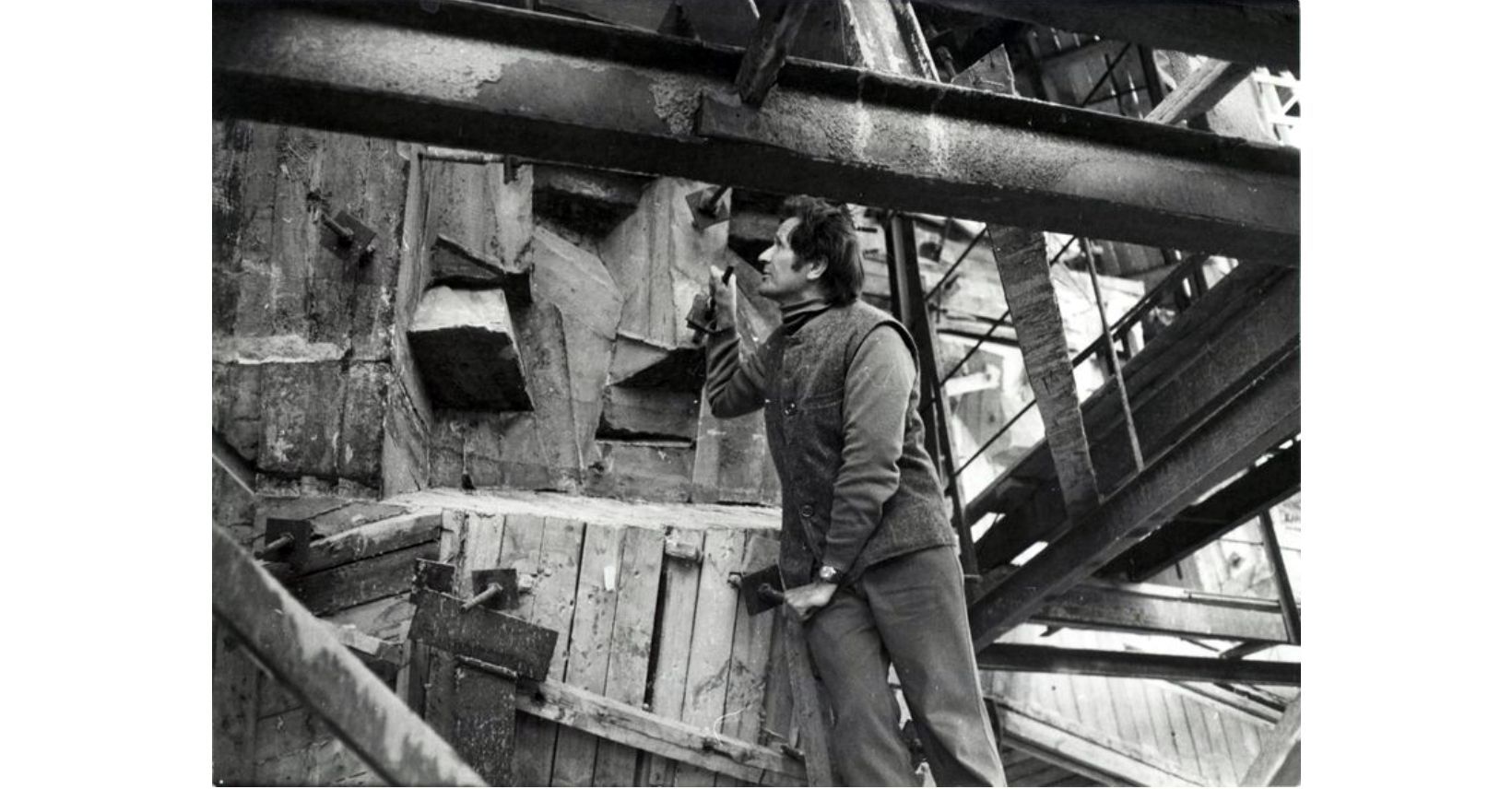 A monument created by A. Vincentas Ambraziūnas is an artistically and technically innovative work that corresponds to the spirit of time and universal humanistic values. The monument of constructive forms is cast from reinforced concrete, using innovative formwork technology. Expressive geometric shapes, dominant diagonals in the composition, dramatic facial expressions and hand gestures respond to the reflections of the tragic human destiny typical of the generation of Lithuanian modernists who began their work in the 1960s. It is also associated with the works of V. Kisarauskas of the 70s and 80s, that depicts broken, imprisoned and humanized people. While creating the monument, A. Vincentas Ambraziūnas developed an artistic expression that conveys the memorable personal experiences of war and post-war. It raises the existential questions provoked by these experiences, which are relevant to artists who have survived the war throughout Europe, due to traumatic experiences.

In his memoirs, the artist wrote that “the subconscious played a key role in creating a memorial memory for such difficult-to-understand events.” He sought impetus for his creation by meeting with prisoners returning from Siberia. The comments that the monument was reminiscent of their experiences seemed very important. Sculptor A. Vincentas Ambraziūnas also described one of his visits to the artist L. Truikys: “after analyzing the sketches of the monument, he found a record “Requiem for Auschwitz” of K. Pendereckis and started to play it on the music player.”

The sculptural monument of Kaunas IX Fort is considered to be the most significant work of A. Vincentas Ambraziūnas. He called it a monument of the era. “There has always been a ‘black place’ there, so the monument reflects the struggle, the death and the resurrection,” the author said. Kaunas IX Fort Memorial is among the Thirty Best European Monuments.