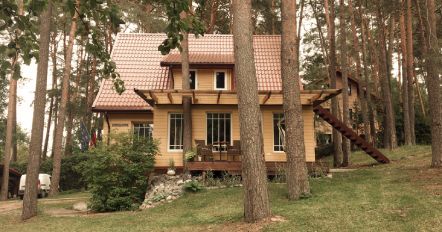 Coincidence that turned into a new home

Vytautas grew up in Kačerginė from childhood. He has no other memories except from here, and this house is his home. How did he get here? Well, that is the story worth mentioning. Vytautas’ dad wanted to live near the Nemunas river because he was from Jurbarkas himself. After returning from exile in Siberia, he began to search for a new home. The paradox of fate is that while driving to see the place he was looking at a car broke down at Kacerginė. It was a beautiful and warm May 1961 evening. A couple of hours of car repair became an opportunity to stroll around an empty town. Finally, Vytautas’ dad liked it so much that he didn’t want to be anywhere else. Right here was the river, Kaunas city also nearby. He knocked on the door of the random house and asked for rent.

As Vytautas remembers “At that time, every summer Kačerginė was full of vacationers – the spirit of the prewar resort was still very lively, with many people coming here for holidays. If you have a room – you will definitely have summer vacationers as well.”

That year Vytautas’ family came back in the fall and was staying here for a few years looking for a home to buy. Two years later, the residents of the house across the street talked about a house for sale. Vytautas’ dad bought it for 4000 rubles – “Neither much nor little – at that time it was about the price of a worn-out car. Not everyone could have it, but there were also those who could”, Vytautas stated. Later, as his son grew up, Vytautas’ father expressed his desire to make this home a home for their future generations. Later, there was a thought to expand the house because it would have been a pod for families with children. But now the hosts are happy not to. They thought the house would have been disfigured and irreversibly replaced. 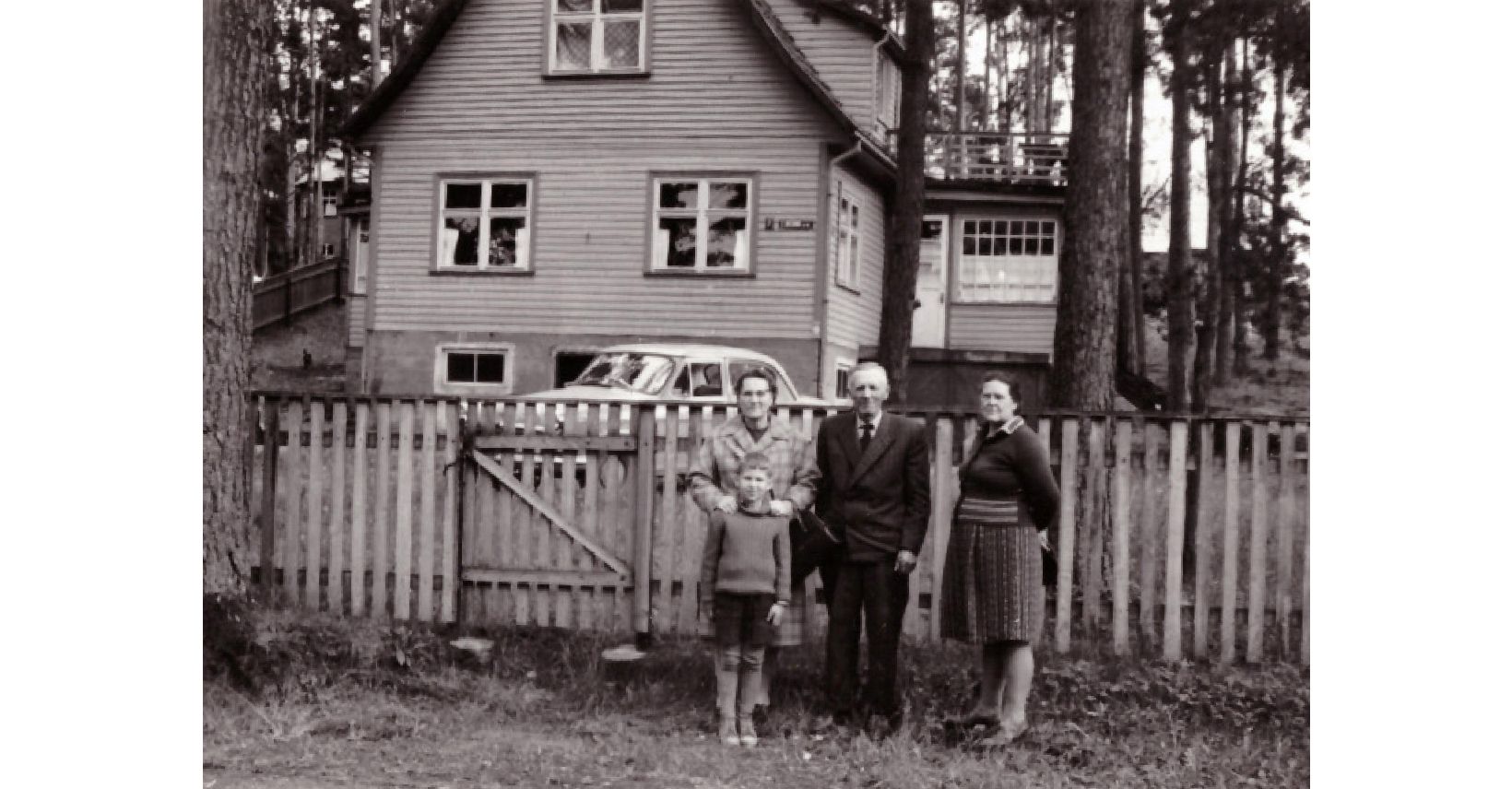 A child in the photograph – current owner of the house Vytautas Sabaliauskas with his family in front of the house, 1960s. Photo from family archive.

Vytautas family are the second hands of the house, surprisingly sensitive to its history and caring for its original form. This allowed the hosts to discover an interesting home life story, to inspire a modern and sustainable being. Fearing the Soviet authorities, the first owners of the house – the Venckiavičiai family – sold it and moved away with great sadness. By mutual consent, however, the old landlords were allowed to stay here five years during summers – practically all historical knowledge of the house is from them. 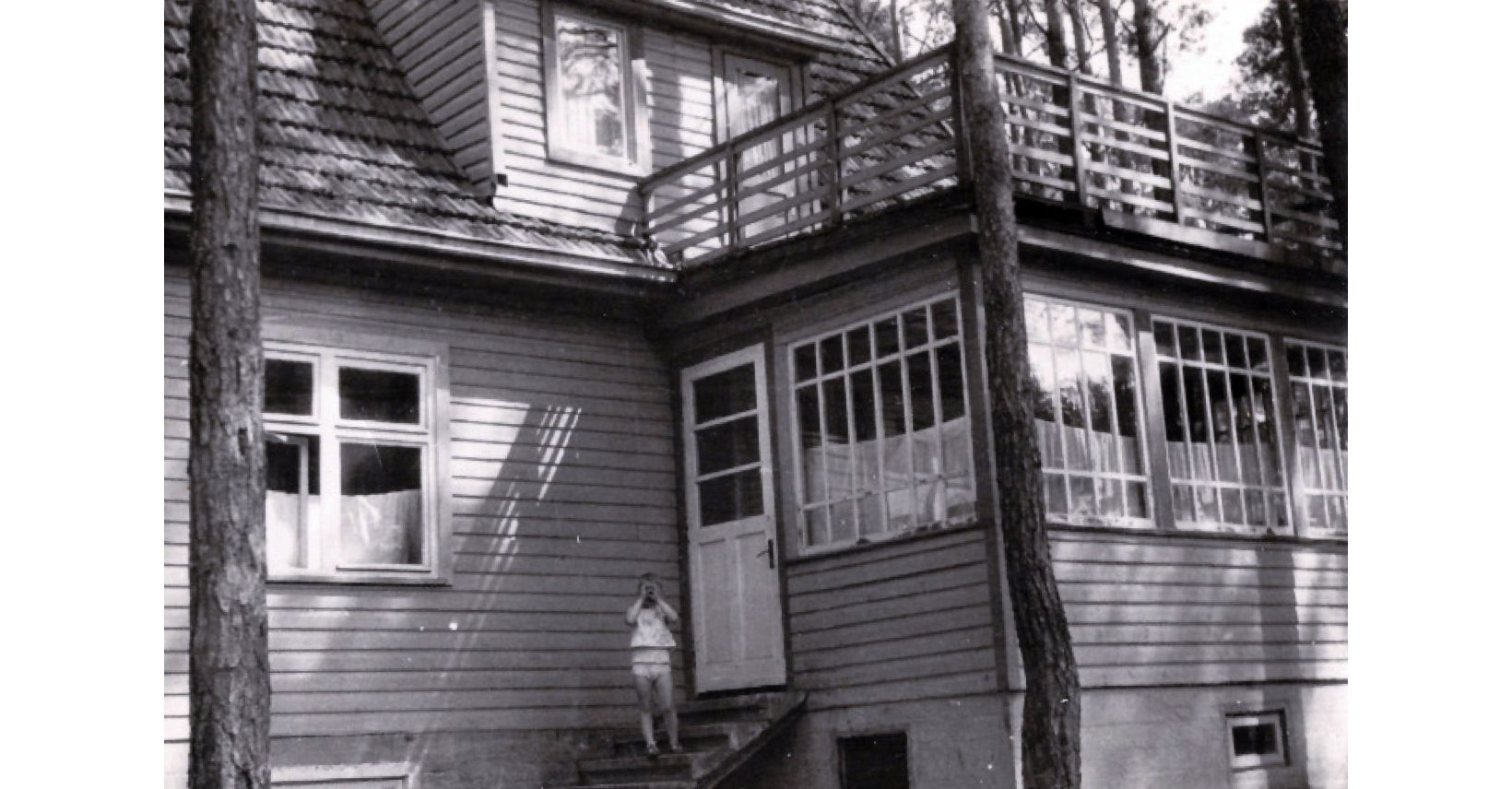 A child in the photograph – current owner of the house Vytautas Sabaliauskas, 1960s. Photo from family archive.

According to current owners, this summerhouse was built in 1939. It belonged to the Venckiavičiai family. Engineer E. Venckiavičius had three children. Already then, the cottage was created as a future legacy by dividing it into three parts: one on the ground floor with a porch for one child, the other – for another and the second floor – for the third. The house was fenced with a wooden fence. Unfortunately, little is known about the engineer himself. According to the current hosts, it was related to the railway infrastructure, because all fence poles are made of narrow-gauge railway tracks – “cement was expensive enough at that time,” says Vytautas. What’s more, all the structural elements and assemblies of the house are made with extreme precision. The woodworkers who visited the house marveled the morticed corners of the building.

“They were rich people. The engineer was a respectable person during the interwar period. […] The family owned real estate in Kaunas, a summer home in Kačerginė, hired a maid and everything else.”

The present plot of land is one third of the once large land owned by Lapėnas. His bungalow stood on a hillside. It is not yet known who is the author of the Vytautas’ house project. It is not excluded that it was designed by the homeowner himself, in consultation with famous architect V. Landsbergis, who had the summerhouse in the neighborhood. The house has remained essentially unchanged until today. The original window partitioning has been retained and saved. So far, only the balcony railings that has rotted had been dismantled, but the master plans to restore them as well. 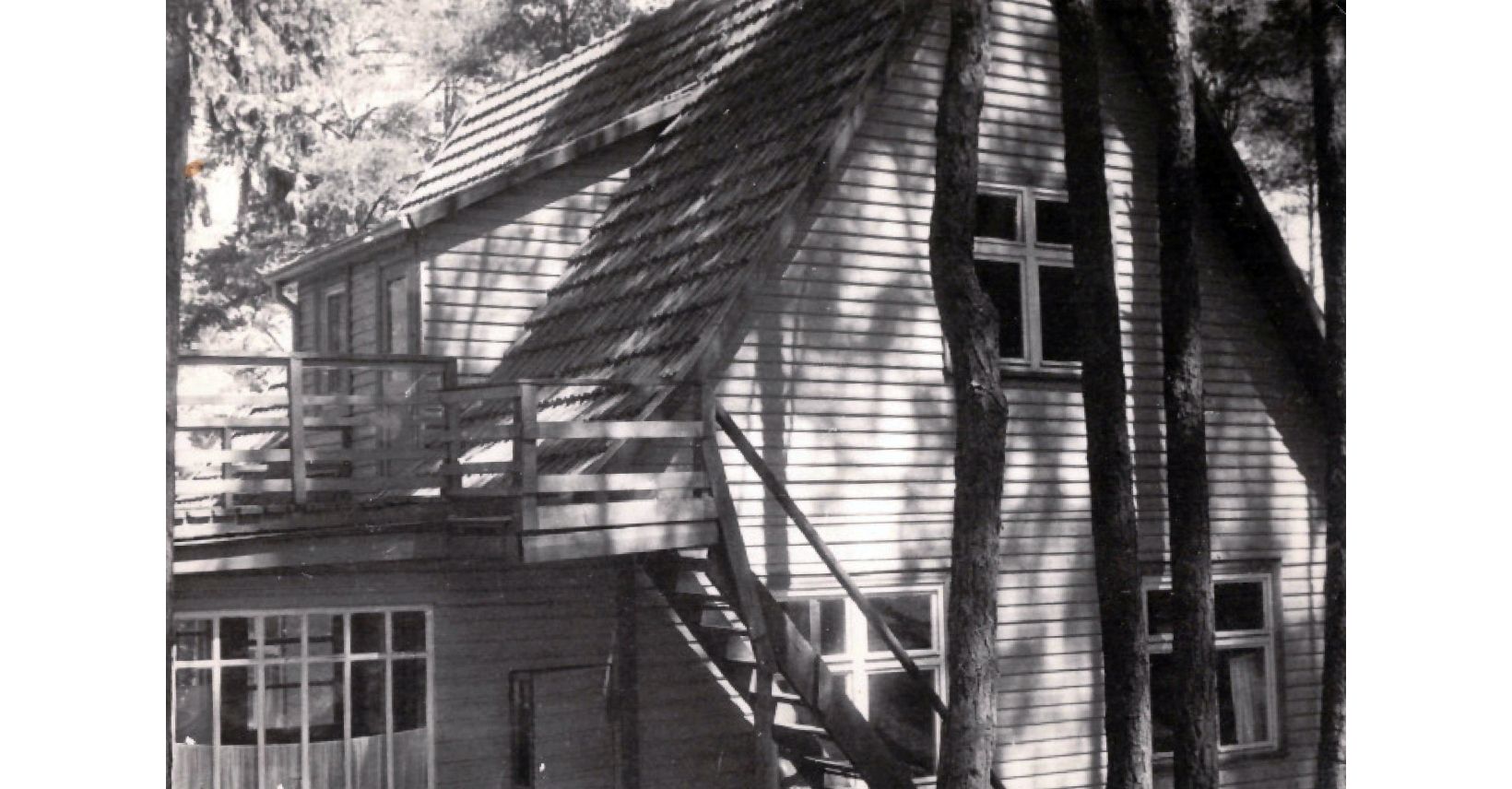 Photo of the house during 1960s. Photo from family archive.

A story that influenced the family business

There was a shop and a café in this house for a while after the war. “Authorities were told to open a shop and nobody objected. You couldn’t say no at that time. The location was convenient and eventually became a center of attraction for the locals. Even today, we find lots of different stoppers around the house”, assures Vytautas.

In 2018 the bicycle path was paved nearby. With the encouragement of a family friend, Vytautas and his wife Jolanta decided to open the Velo Bar (“Velo baras”) – a very cozy terrace for cyclists, skateboarders, pedestrians and other travelers. And it is just an hour’s bike ride from Kaunas Town Hall Square. The hosts are passionate food lovers, so everyone can come here for a delicious snack or meal prepared by the hosts. There are rumors that the oysters they serve are even better than the oysters of some Michelin restaurants in Europe. And how not, especially when they are served by hospitable and smiling hosts and you eat them in the beautiful corner of the Kačerginė resort, surrounded by pine trees!

A huge thanks goes to the owner of the house Vytautas Sabaliauskas for the stories told and photos shared.

Interview with the owner of the building V. Sabaliauskas