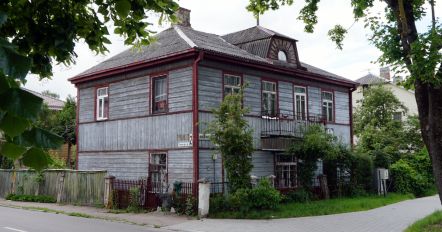 House with balcony to the Song Square

The turn of Aukštaičių Street still overlooks a little wooden house that has retained its authentic look. A house, facing the street with a balcony, was built in 1928 by an officer, Adjutant of the Commander of the Lithuanian Riflemen’s Union Antanas Gedmantas, where he settled with his family. The house was built in a convenient and prestigious location of the growing city – the city center, the recreational spaces of the Kaukas Stairs and the Oak Park, the Exhibition Hill and the Army Parade Square, where since 1924 the first song festivals began, where nearby. So, it was a place from which it was possible to watch not only army parades, but also to listen to songs without leaving a building! 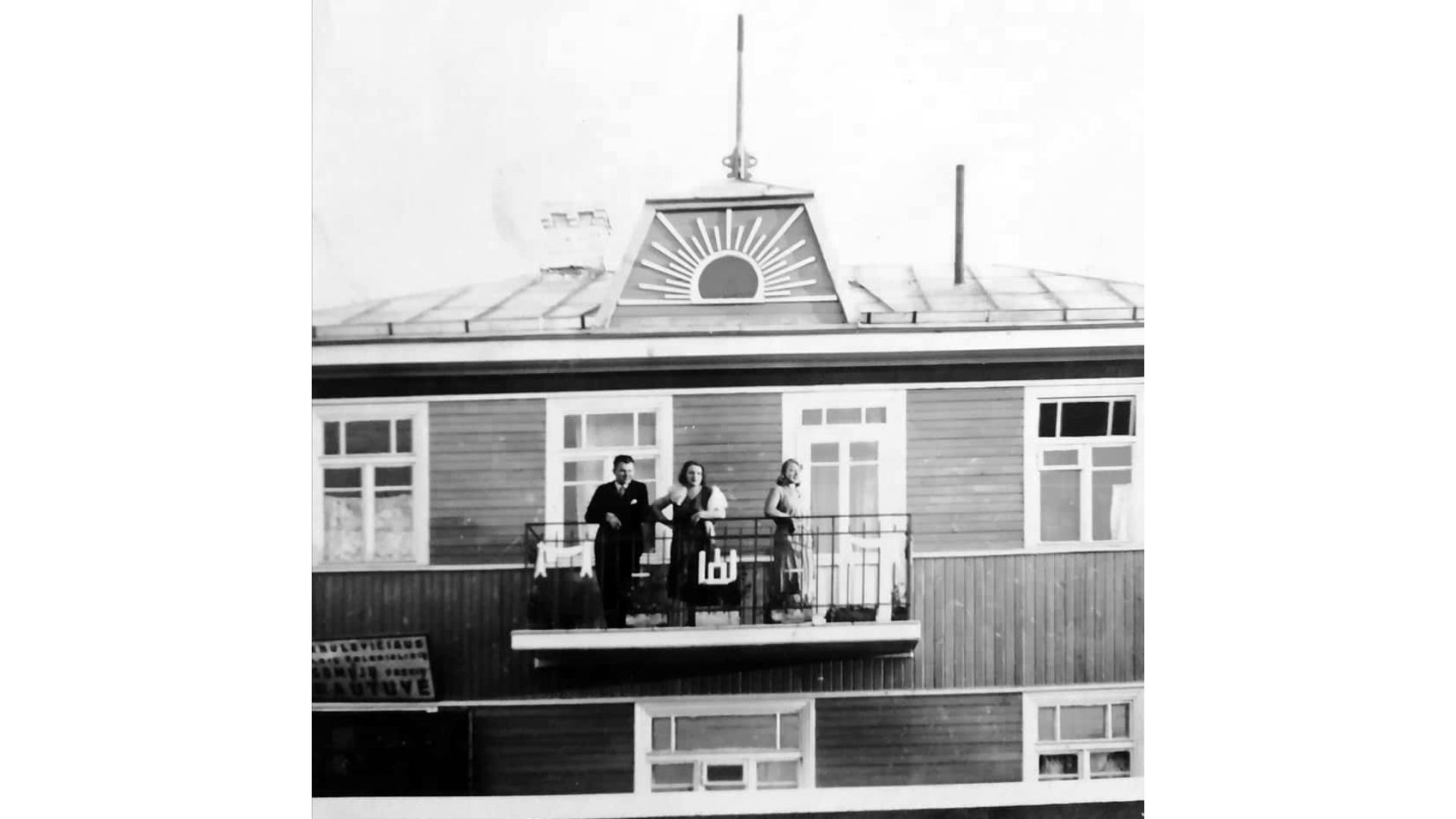 Residents of the house on the balcony. Photo from private family archive.

As it was usual to those times, the house was built not only for the family but also for rent. The owners settled on the second floor of the building, while the first floor proved to be attractive to the shopkeeper. Apparently, for this reason, a separate entrance from the street was installed in the corner of the ground floor of the house. According to the current resident of the house – the granddaughter of the house builders – the house also accommodated the office of the grandmother’s sister – the dentist. In that regard, a separate entrance with a beautiful porch was installed on the courtyard side of the house. This allowed not to disturb family life and to have a private dental practice. 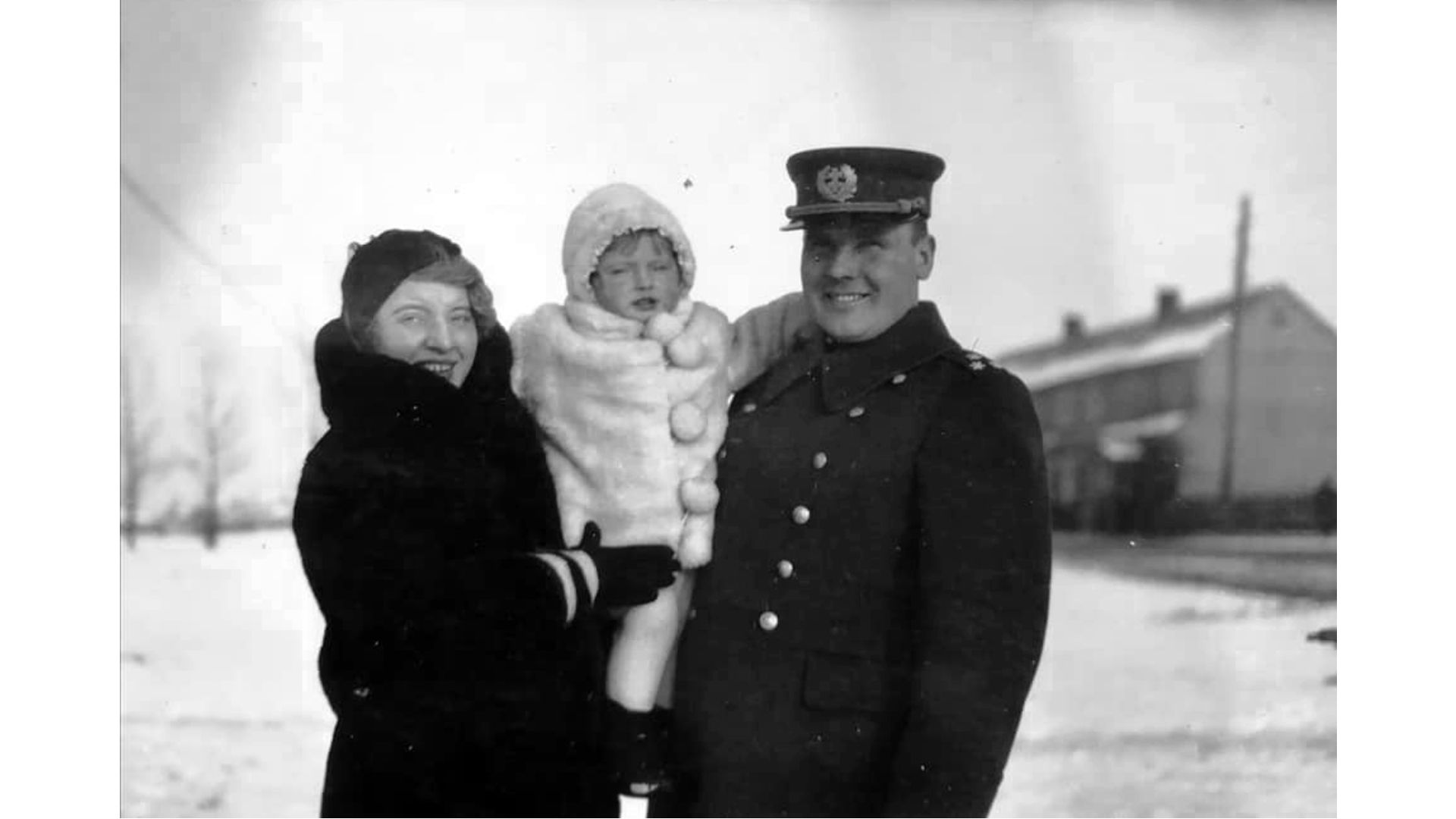 This  compact, two-storey wooden house reflects the construction trends of Žaliakalnis wooden houses of the 1930s and the life of the middle-class population, and is equally unique – with distinctive decoration, original balcony-veranda, rich in surviving authentic artifacts. This wooden house can be duly called the guardian of the spirit of Žaliakalnis district, representing the wooden architecture of the city. It is no less important to mention the openness of the residents of the house. The artist Aistė Ramūnaitė not only cherishes the memory of her grandparents – the builders of the house – but also widely opens the gates of the yard to various community activities. 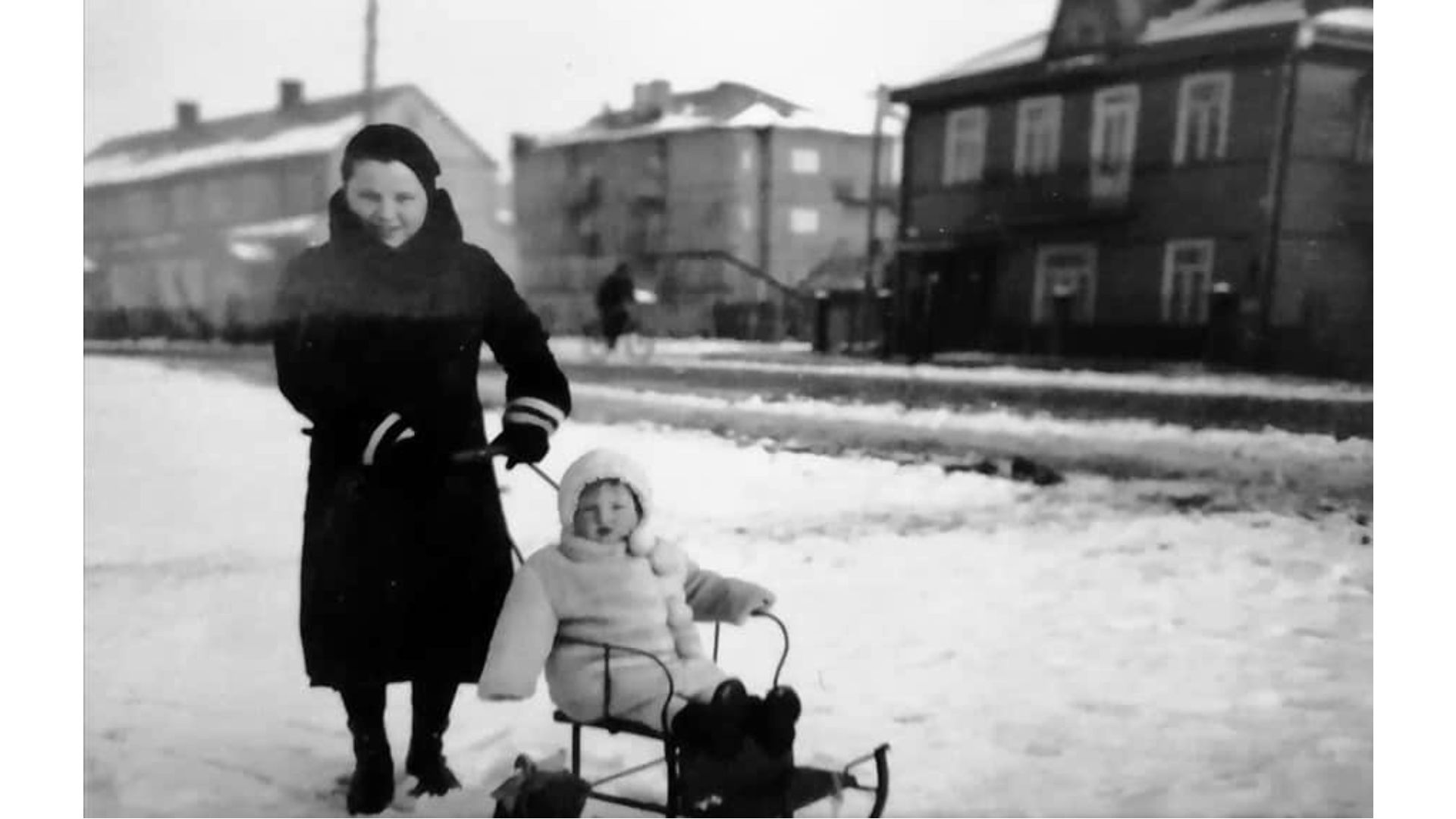 Family members in front of the house. Photo from private family archive.