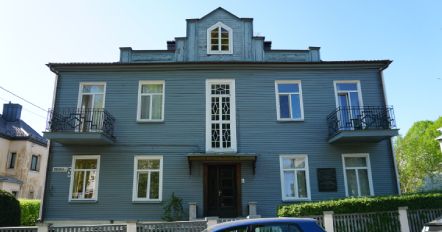 An important place in Žaliakalnis belongs to wooden houses built between the wars. This is an important part of the district’s identity, but due to a lack of awarness and money for renovations, everyday it gradually disappears. However, the opposite process is taking place in this wooden house – some accents of the past returns to the interior during the repair.

This house was built in 1931 by Valerijonas and Paulina Miliauskai. The project was prepared and supervised by engineer Vincas Ruškevičius. However, in 1933 Miliauskai sold this house to the Kerpės family – the grandparents and great-grandparents of the current house owners. On the memorial plaque attached to the facade of the house, it is noted that a number of famous interwar Lithuanian figures lived in this house: Prime Minister Leonas Bistras, Generals of the Lithuanian Armed Forces Kazys Sprangauskas and Kazys Tallat-Kelpša. The relatives of Kazys and Marija Kerpės and architect Povilas Konkulevičius takes care of the house today. 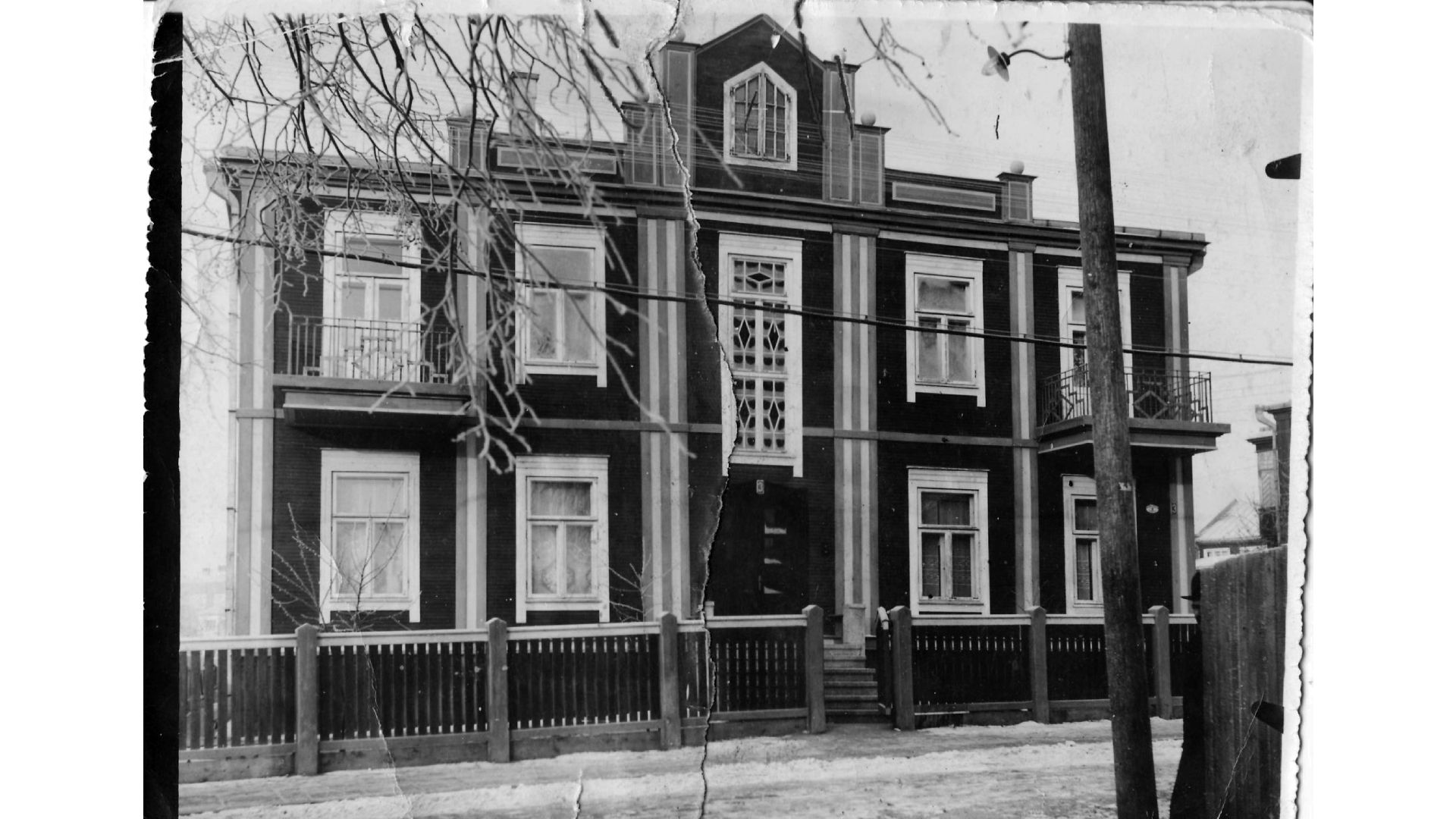 Picture of the house between the wars. Private family archive of P. Konkulevičius.

During the Soviet era, the house was expropriated, and its biggest disaster became the living space. Due to new Soviet era governmental regulations, the former house of four apartments was converted into eight apartment house. At the same time, several windows were widened and a very important detail of the log wall was removed, which simply caused the wall of the house to bend. During the period, the facade of the house was “tidied up” – the decorative elements of the building, edging and other things were torn off. On the outside, only the corridor window, pediment and balcony fence have survived.

After the restoration of independence, the house was bought out by Povilas family. A young architect wanted to restore at least part of the lost original look, so its renovation began to take place in Povilas’ everyday life. According to the architect himself, renovating an old house takes time, and it is not a quick investment that will pay off. It’s a long and patient job, so you gradually need to take an interest in it and learn from it. Today, there are seven apartments in this house: two belongs to owners and the remaining apartments will be renovated and later rented out. 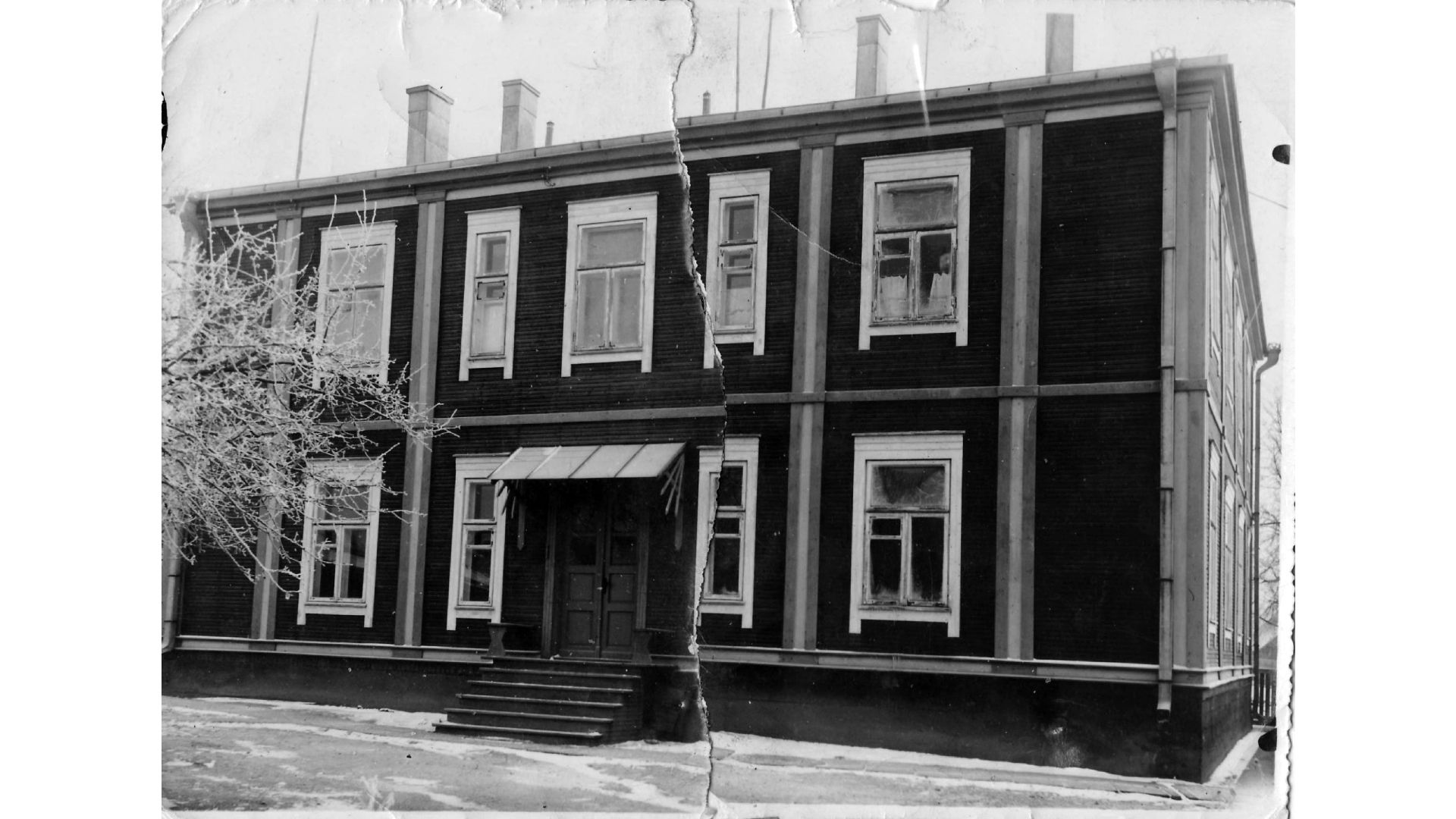 The back facade of the house between the wars. Private family archive of P. Konkulevičius.

Having become interested in wooden houses, over the years Povilas has accumulated various details of interwar wooden houses: handles, locks, hooks, hinges, windows, doors, old furniture. The architect also decided that it would be like in the past – people had their own chests, so here each apartment will have its own special, renovated wardrobe, which will also be an interior detail.

“A lot of people like to imitate antiquity – rubbing something, decoupling it, but nothing is needed here. Rotten details can be prosthetized and you don’t have to hide the imperfections – the old furniture has a history and you have to see it” – says Povilas. 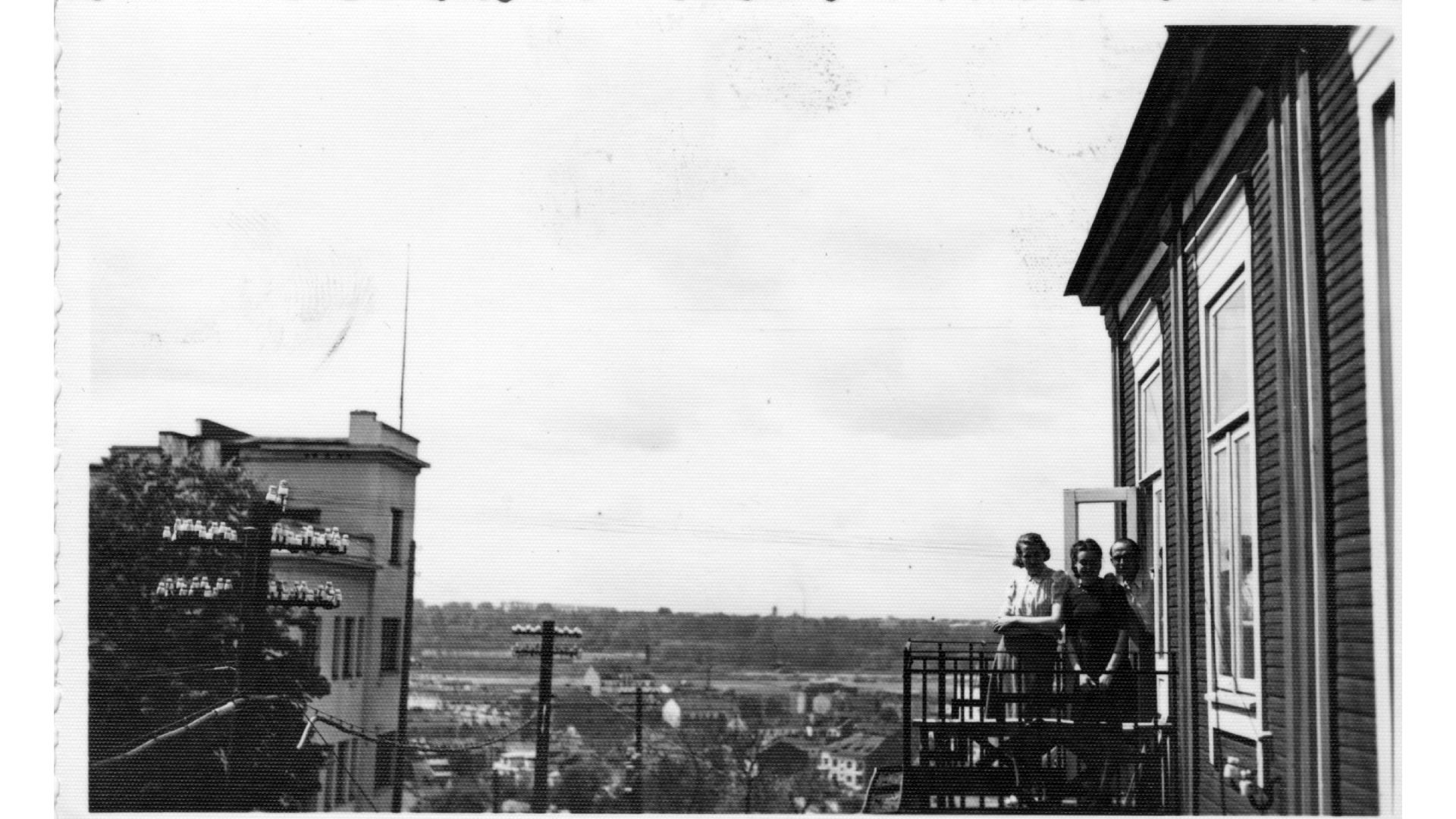 A view to the city center. Private family archive of P. Konkulevičius.

There are also new details in the interior: furniture, lamps, radiators, new parquet parts, but everything combines the old and the new here. According to Povilas, the fullness of the interior still lacks one essential thing – the interior is not full without the works of Lithuanian artists. According to Povilas, it is not necessary to buy expensive paintings by interwar artists – current local artists can be supported and the interwar apartment will continue the tradition of supportness.

It is important for the architect to preserve the details of the facades and interiors of the interwar house, but, as he himself claims, today it is not necessary to use them for their original purpose – with the help of fantasy it is possible to improvise. Forms and details of the past can evolve. For example, interwar modernism in Lithuania had a number of folk motives, which were taken from the past. By making repairs, we can preserve elements that will definitely not harm the quality of modern life. These include stair railings, window sizes, window sills, rounded corners between walls and ceilings, toilets, bathroom tiles. Leaving such small authentic elements and adding objects of modern design we can create a cozy and original place. 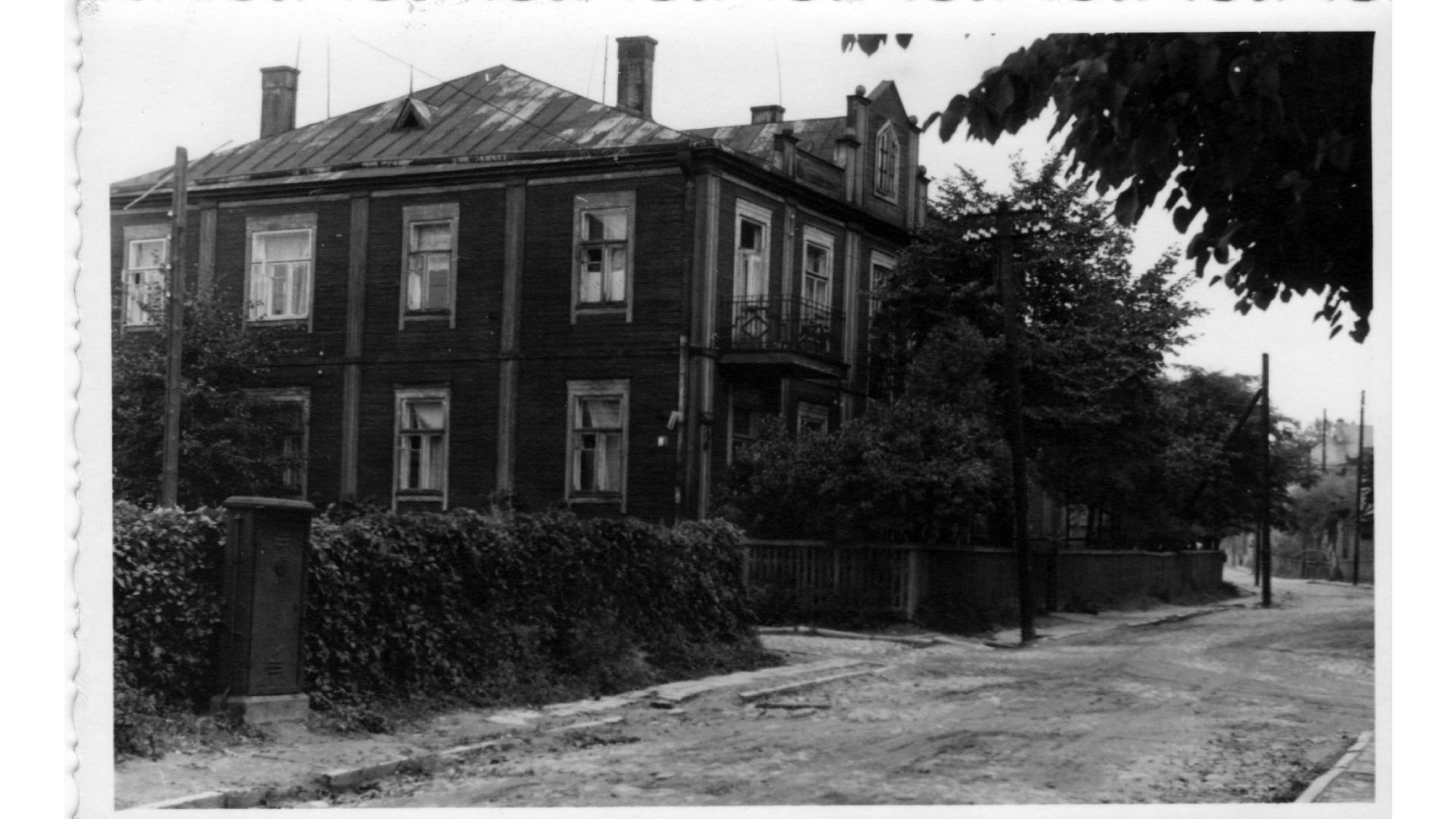 A view of the house around 1950-1960s. Private family archive of P. Konkulevičius.

The biggest challenges in adapting the apartment to modern needs for Povilas arose in the kitchen. The small area had to accommodate all the functions of a modern kitchen and still to leave some space for a washing machine that could not fit in the bathroom. Modern “invasions” have occurred here the most, but this will ensure the quality of life. This is important because the modern lifestyle requires functionality and convenience. The whole house has a local central heating system, water supply and sewerage, natural gas. In the newly built interwar apartment buildings, first of all, efforts were made to fully comply with the cosmopolitan trends of European modernization: to install electrical installation, alarm systems, telephone, central heating, ventilation, water supply, sewerage, baths and toilets, to install the latest plumbing fixtures. An elevator was installed in the stairwell in the taller buildings. Thus, such a renovation of the kitchen is partly reminiscent of the pursuit of interwar modernity in the construction of houses.

Interview with the owner of the house P. Konkulevičius