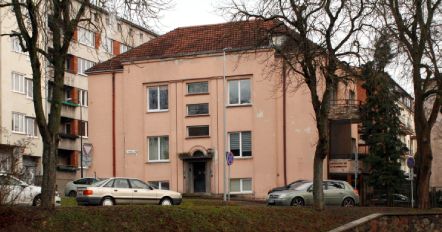 While Jokūbas Peras is not among top ten architects of interwar Kaunas modernism, he certainly deserves attention. The architect of Jewish origin was born in 1900 in Pašvitinis town, Pakruojis district. He graduated in Lithuania, survived the Holocaust and continued to design during the Soviet era. However, this sentence would be too laconic compared to his life and works that he created. Let’s examine all in detail. 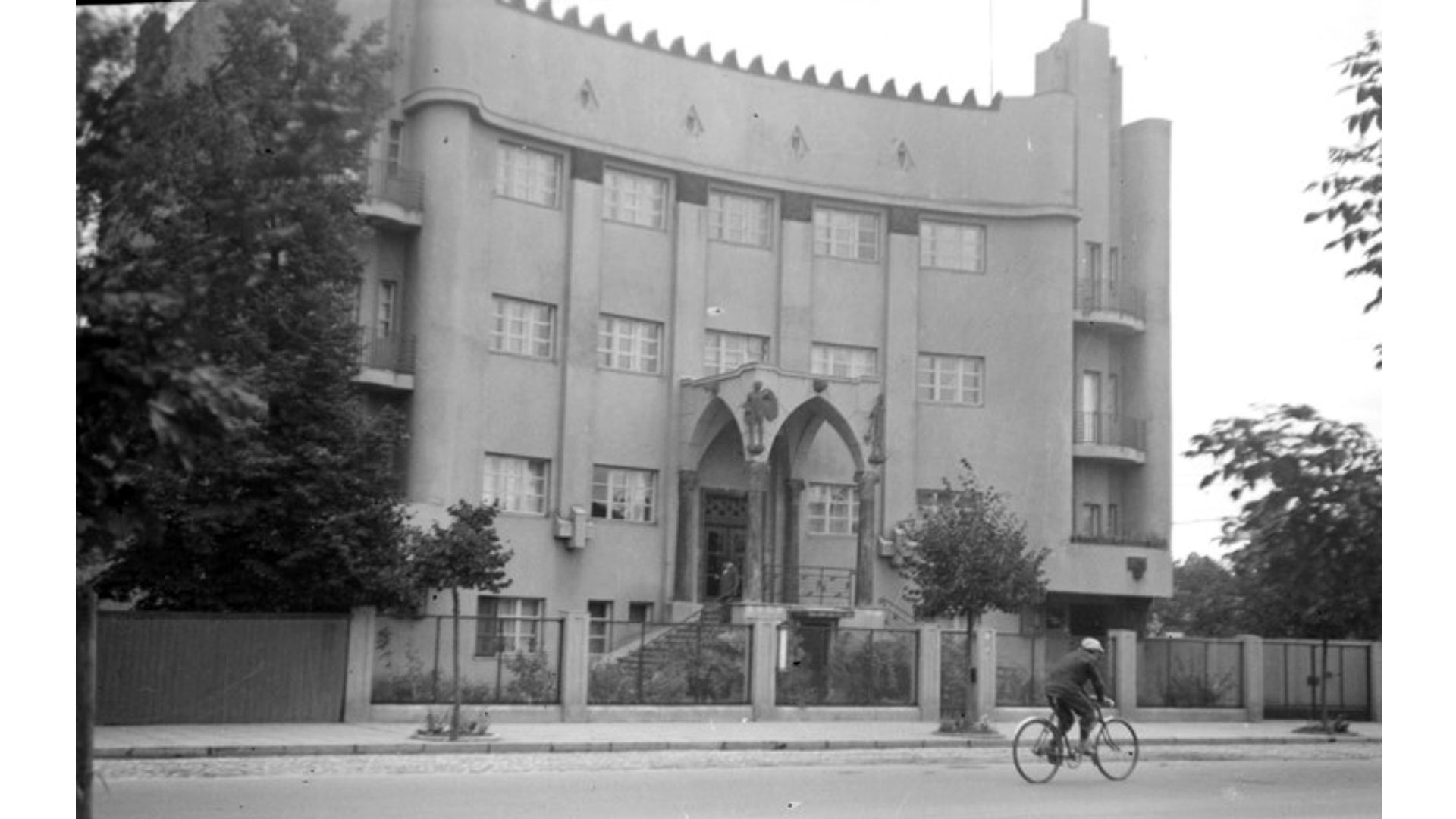 Between the wars, Kaunas became a humming construction site. Huge forces of architects and designers of that time were working in it. Just as the city was decorated with modern and attractive buildings, so the architect Jokūbas Peras was distinguished by original and fashionable projects of the time. His authorship includes not only one of the most expressive and beautiful residential houses in Kaunas on Vytautas Avenue, but also very minimalistic Bauhaus-like private house of Glemžos family. The first one, built in 1928 for businessmens M. Posvianskis and G. Klisas, still attracts a lot of attention. The other one, unfortunately, has been significantly changed. It was created in 1936 for Glemžos family. In terms of architecture, the house was no less interesting due to its architectural expression, which was extremely modern for its time and in the Lithuanian context, close to the Bauhaus tradition. 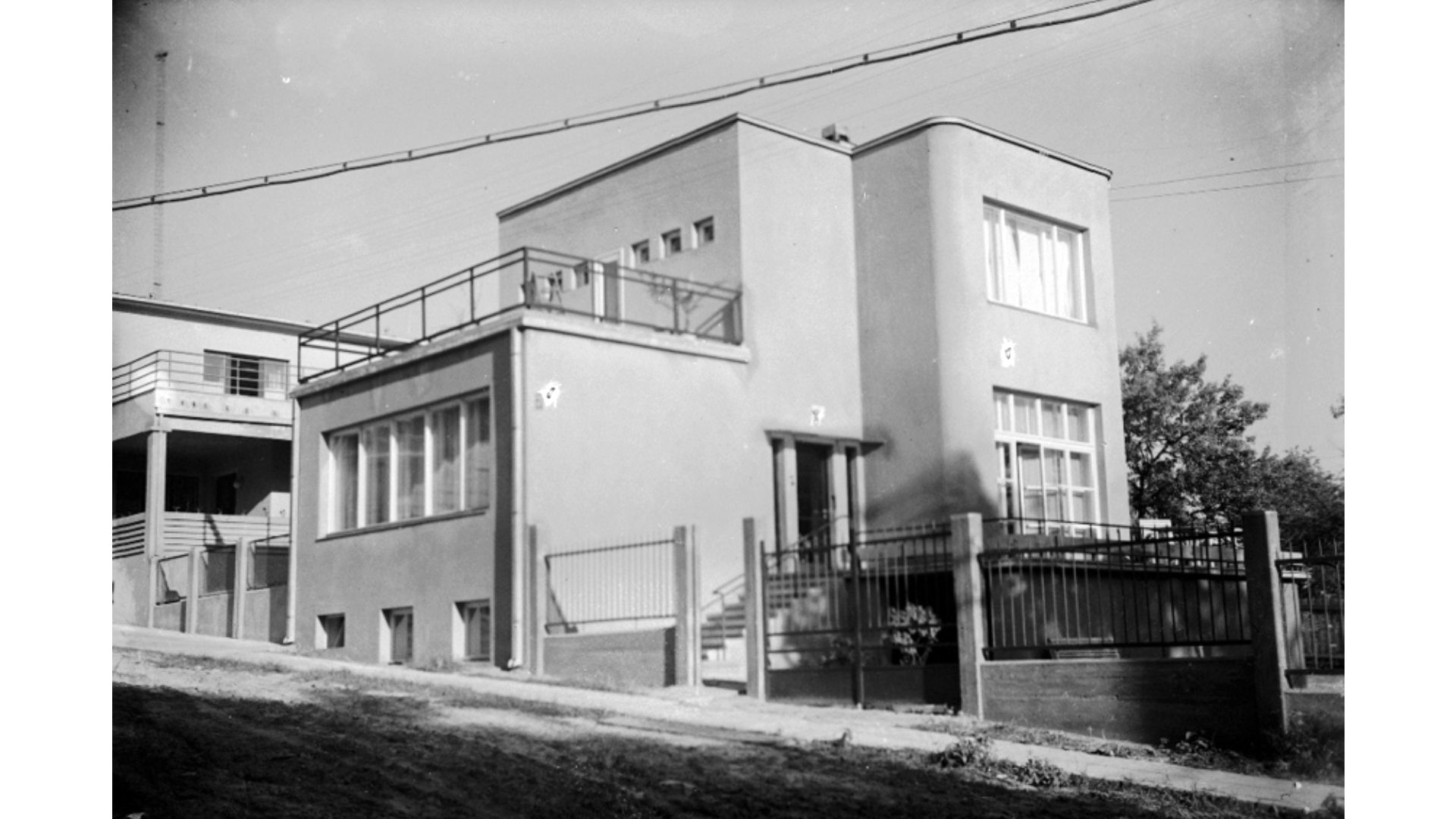 He survived the Holocaust

There are many places in Kaunas where a lot of modernist buildings have been concentrated in one bunch. One such “island” is the area of ​​Trakų and K. Būgos Streets. Here you can find not only a large part of the residential buildings designed by Jokūbas Peras, but also the house of the architect himself. At the beginning of Trakų Street, in 1934 J. Peras built a family house. On the first floor settled his mother, and on the second – an architect with his wife Golda and two sons, Joram and Amos. It was in this same house that not only guests or customers were knocking on, but also World War II. Like most Kaunas Jews, in 1941 Perai were palced in Kaunas ghetto.

While living in the ghetto, the family heard about the massacre in Šiauliai and in 1943 they decided to escape from here. With the help of nurse Lidija Vadauskienė, Perai received forged identity documents with Lithuanian names. The family broke up. The Likevičiai family became the first patrons of Peras wife Golda and five-year-old son Amos. Golda Perienė left the city and hid, often changing places of residence. Meanwhile, Jokūbas Peras and his eldest son Joram hid in a furniture store in the Old Town of Kaunas. Together with two other Jews hiding here, they were spotted by a boy living in the neighborhood who informed about Soviet paratroopers hiding in a warehouse. The arriving police no longer found the refugees. After successfully escaping, Jokūbas and his son returned to L. Vadauskienė, and she took refuges with her sister Regina and her husband Antanas Tekorius, who lived in the city center. 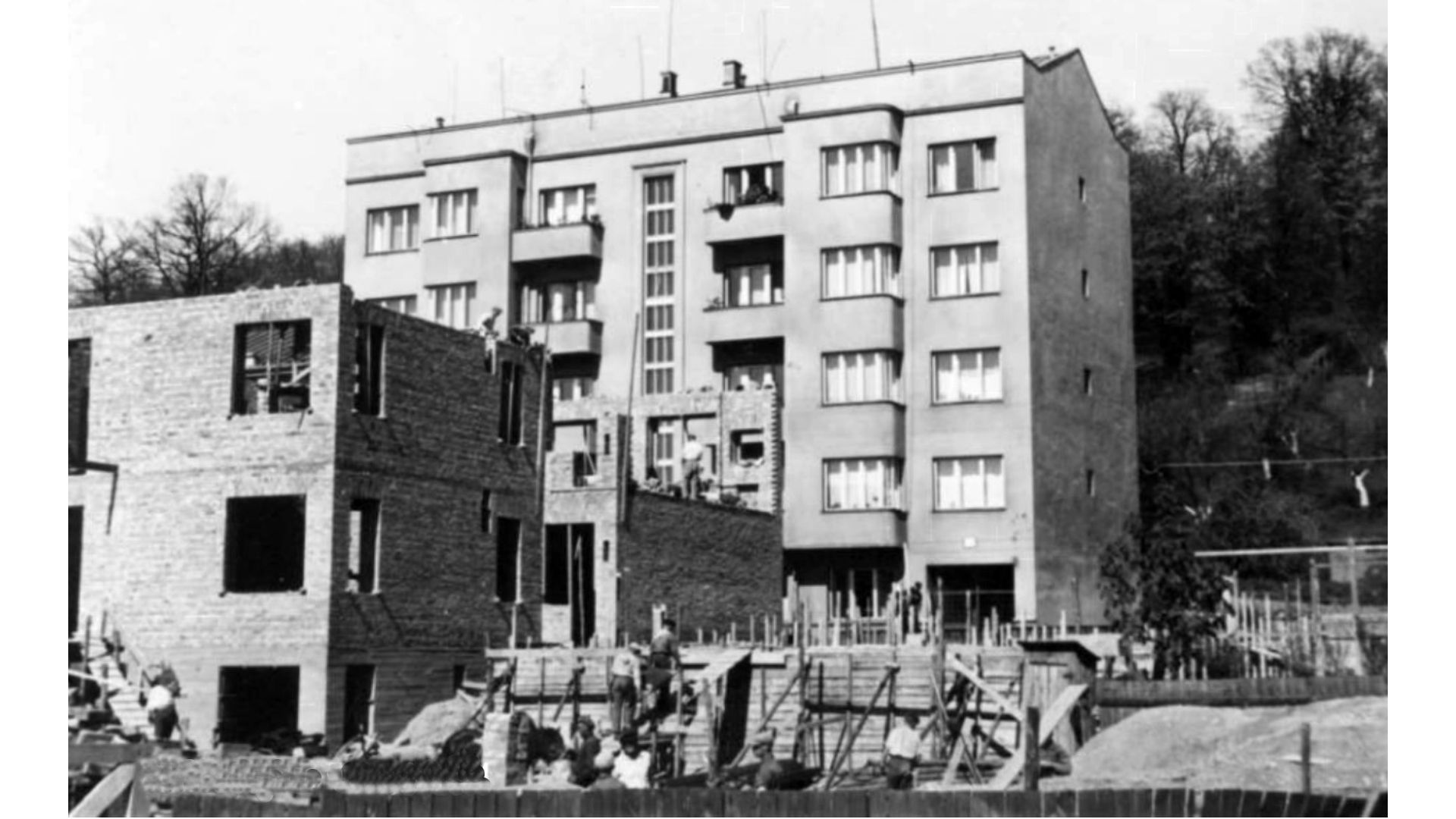 Over time, staying in the city became dangerous, so with the help of A. Tekorius, the refugees were transported to his farm near Telšiai. Jokūbas was introduced to a local farmer as a gardener who had escaped the bombings in the city. He stayed here with his son until 1944. At the end of the year the family met again.

“Lydia ran to Antanas Tekorius, her brother-in-law, and asked for help to save the Perai family from the ghetto. Antanas, without thinking for a long time, rushed to act, he managed to bribe a Gestapo officer and release Kaunas chief architect Jokūbas Peras and his eldest son Joram. It was not easy to get architect with his son on a train, and he had to be transported away from Kaunas. Along the way, the train attendant snorted into a black-eyed, dark-hair architect, and Antanas had to reassure a vigilant employee with a bottle of vodka. Jokūbas and Antanas became friends on that trip and decided to solve a difficult problem in a simple and playful way – he repainted the architect’s hair. Later, Jokūbas Peras was employed as a gardener by a farmer form Lingėnai village. While working in a flax factory, A. Tekorius brought in the materials from the factory so that J. Peras could exchange them for food.” Lithuanians who saved Jewish lives Antanas Tekorius (1893–1976) Matininkas, Lingėnai village, Telšiai district Awarded the Cross of Salvation. Dirva, 2011 m. liepos 25 d.

After surviving the Holocaust, J. Peras continued to design during the Soviet era. He became an educator and died in 1973 in Vilnius. In post-war Kaunas, the architect designed the first block of apartment buildings of the Pergalė factory in Kaunas, KTU student dormitories in Vydūno Street, as well as an apartment building near Kaunas Central Post Office. Together with A. Lukošaitis, he participated in the competition in 1950 and prepared the project of the Vilnius Opera and Ballet Theater (not implemented). In 2002, the rescuers of J. Peras and his family – Antanas and Regina Tekoriai, as well as Lidija Vadauskienė – were awarded honorary titles of the Righteous Among the Nations.