House of Sonia and Samuelis Muškatai 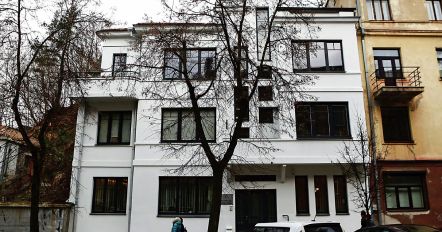 Not a profitable house

This house was built for rent in 1932 by Antanas Šatynskis. The owner owned two houses on the same plot (E. Ožeškienės Street 45 and 43). The formerly built house next to the stairs was occupied by the owner himself, and the large, three-story house was leased. Both were designed by renowned architect E. Frykas.

There was an apartment on each floor. Unfortunately, they weren’t as lucrative as expected: the kitchens on the first and second floor were facing the hill, so there were no windows, no courtyard, no regular pantries, and no stairwell for servants. That is why the owner decided to sell it in 1937. Still, the unique location of the house, unique architectural solutions and preserved authenticity attracted a young familly, that saw a huge potential in it despite it was very neglected.

New potential in the hands of the artists

“I moved to Kaunas in 1989 – immediately after my studies. Then it was not as attractive as it is now. I came from Vilnius, where I was born and raised. The picture was sad – Kaunas was quite different then. Sure, the interwar spirit was somewhere in the air, but so slight. And now it is a great city. It is the best for life, probably … I’ve been mourning Vilnius for a long time and wanted to go back, but now, when I can, I don’t want to. I’m very happy here” – Migle says. 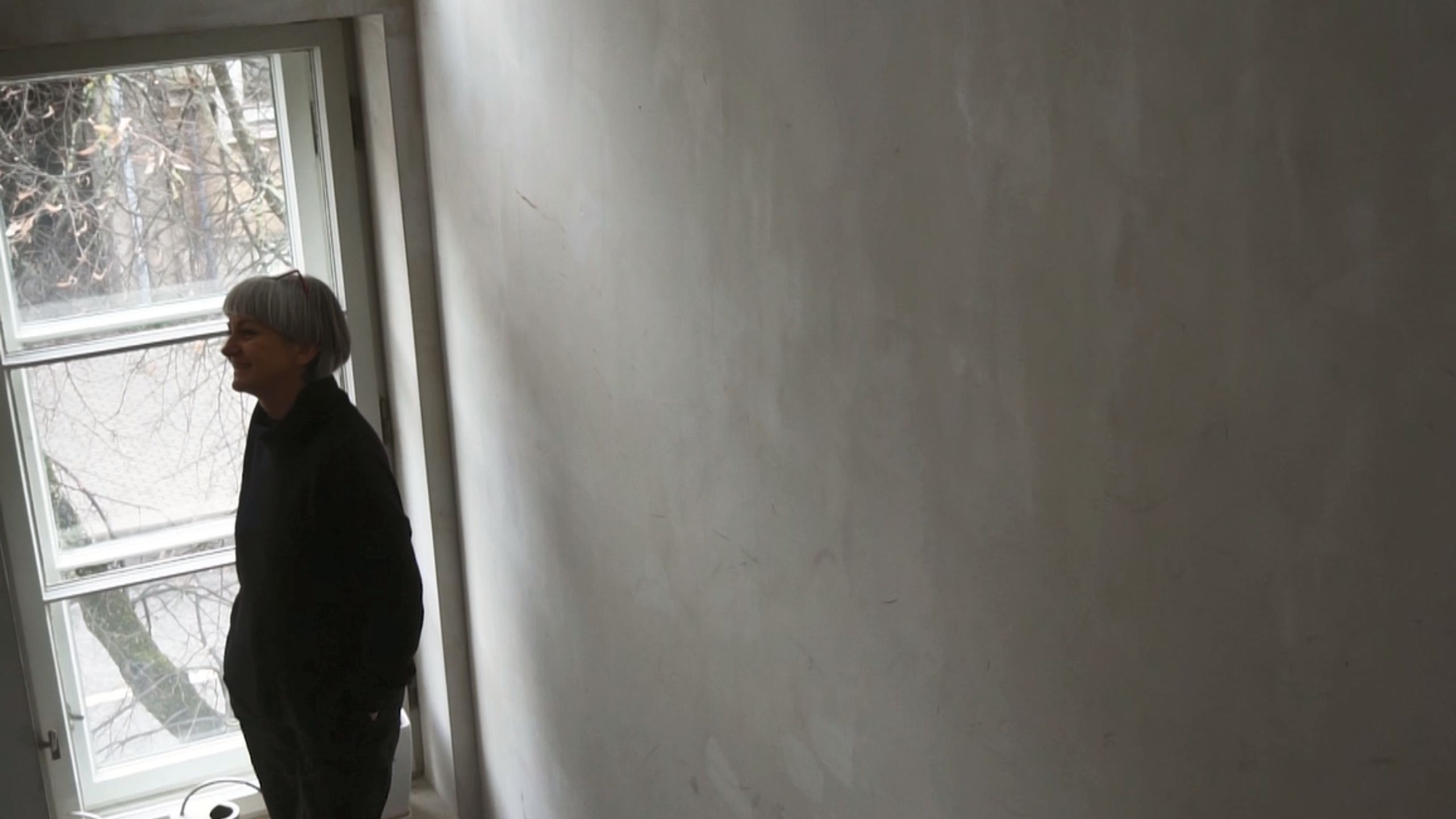 Interview with the artist M. Kosinskaitė, 2020.

Miglė claims to have different ideas about the future of the house and imagines it not only as a place to live, but also as a space to create or to exhibit. According to Miglė, there is always too much art at artists house and they are always lacking for walls to exhibit it. Therefore, the artist is considering to use the staircase of the house in the future as an exhibition space for paintings and various meetings. Isn’t that great?

Interview with the artist M. Kosinskaitė