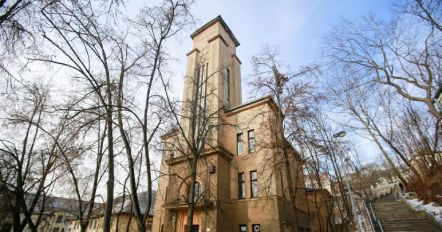 In 1934 architect Vaclovas Michnevičius designed a neo-gothic church for the Evangelical and Reformed community in Kaunas. However, the decision was made that “the project cannot be built in the form in which it currently is”, since its design did not fit well with its surroundings. A new design was prepared by Karolis Reisonas. The new project kept the layout of the hall on the second and the third floors, but the design represented current modernist trends: had a flat roof, smooth shape and was more functional; narrow vertical windows added greatness to the image of the relatively small church which looks quite similar to its “bigger sister” – Christ’s Resurrection Church which was designed by the same architect. 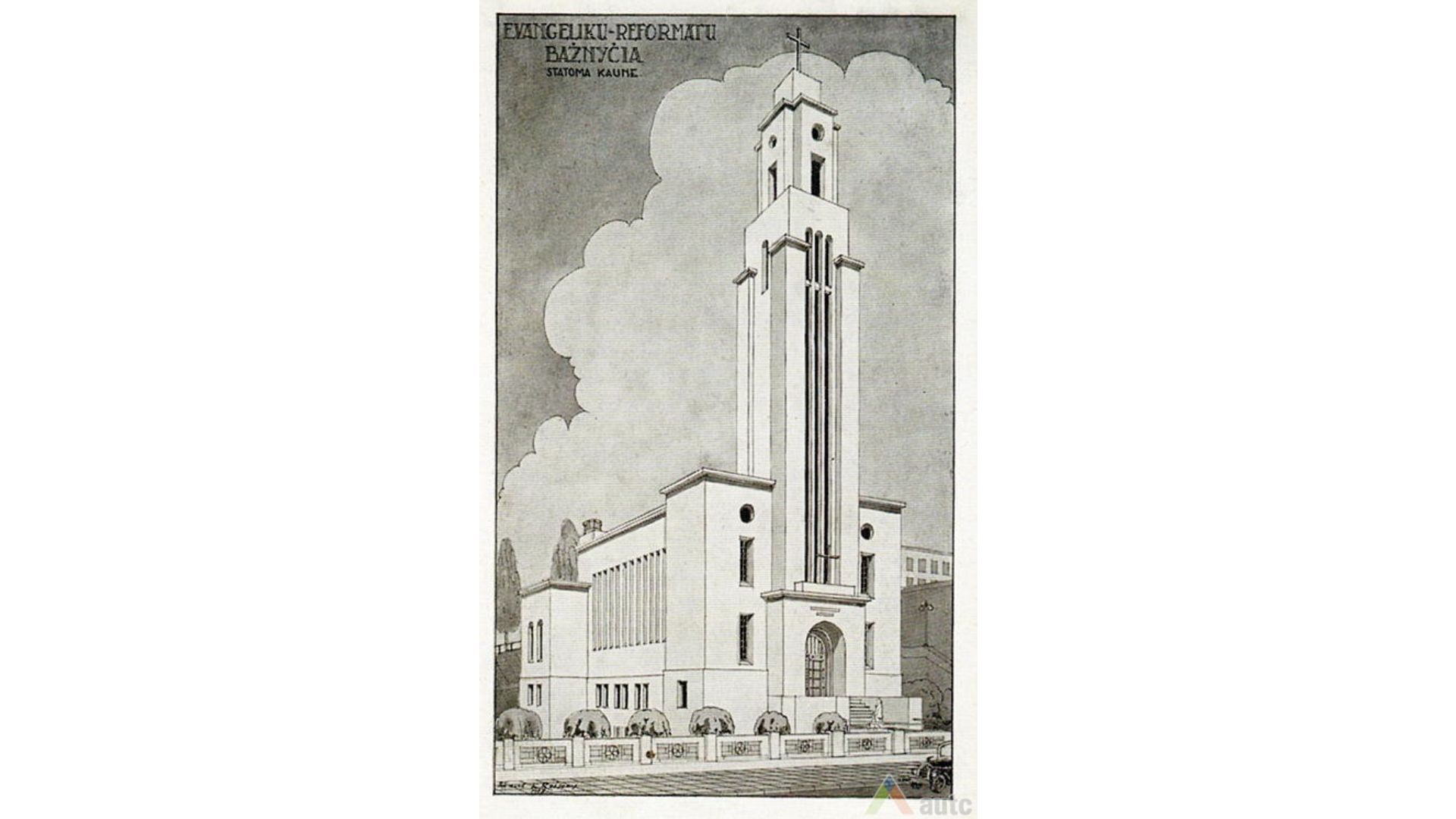 A drawing of the church by architect Karolis Reisonas. Photo source: Architecture and Urbanism Research Centre of Kaunas university of Technology.

Money for the construction of the church was collected by the believers’ community and the church was finished in 1940, however, it remained unused by the community due to the Soviet occupation. The top part of the tower was torn down, the building was nationalised and turned into the warehouse for tobacco and alcohol manufacturers. Later it was given for the Ministry of Internal Affairs which adapted it for the use of special (militia) school: a canteen and a sports hall was established. When Lithuania regained its independence in 1990, most of the churches were given back to religious communities, however, this case was different: since the owner of the building was an educational institution, the rules of returning the property did not apply. For nearly 20 more years the Evangelical and Reformed Church in Kaunas was used as a sports hall and a canteen. The believers were allowed to come an pray on Sundays.The church was given back to the community in May 2019.