House of Tadas and Julija Petkevičiai 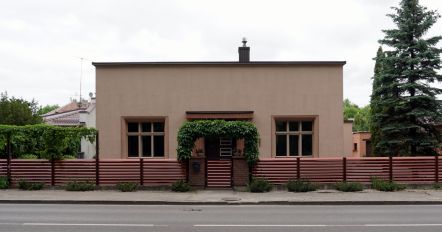 Changing types of development shape the distinctive faces of neighbourhoods. In Kaunas New Town, the interwar period saw the design of a solid perimeter development, closed, multi-storey blocks of flats. Private single-family urban villas were built further away from the centre. The highest concentration of such houses is in Žaliakalnis, where homestead-type development prevails. In the area, both luxury residences and more modest, minimalist houses were being built.

The two-story, pitched-roof villas dotting Vydūnas Avenue are diversified by their lower, hard-roofed, and seemingly flat-roofed neighbours. Designed by Vsevolodas Kopylovas in 1934, the rectangular-plan, compact, single-storey dwelling humbly maintains the building line along the street. In other respects, however, it quite actively opposes the context. The smaller functionalist villa is counterbalanced by a large scale, which reinforces the sense of massiveness. The small building can accommodate only one thoughtfully designed three-room apartment. 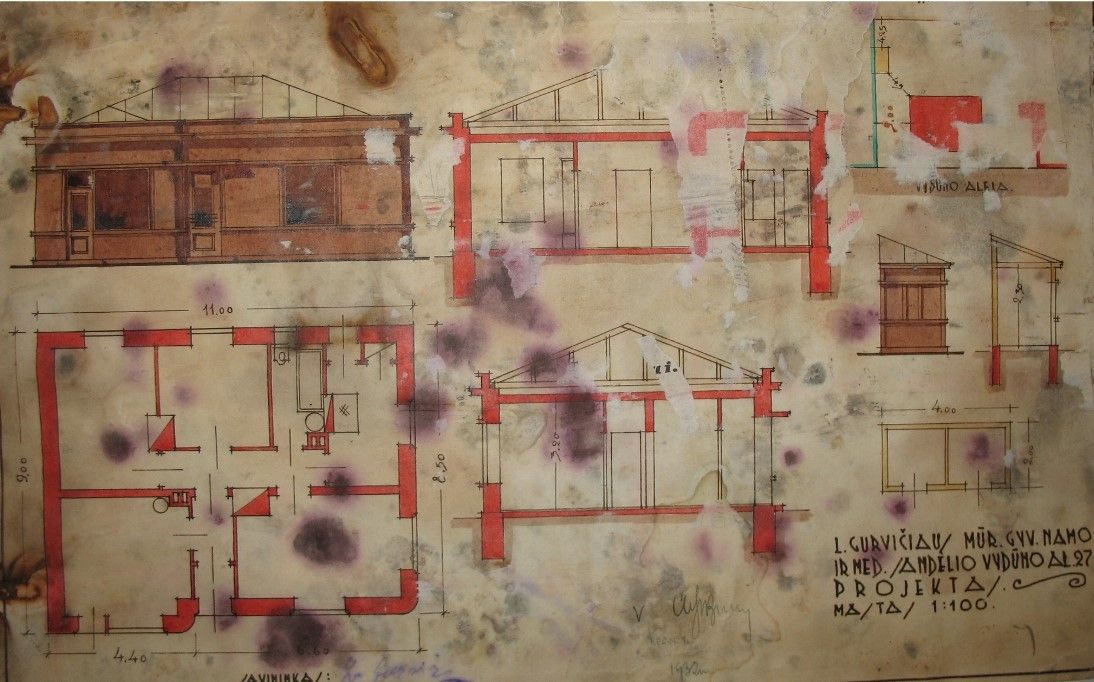 The main façade and its details are symmetric. The walls of the recessed entrance are covered with yellowish vertical rectangular decorative tiles. The outer corners of the portal are rounded, and at the top it is topped by a small canopy, a cornice, slightly protruding from the façade, which is also tiled. The recessed front door is approached by two steps in mosaic concrete. The doors are wooden, with glazed glass and with a window above. They had a slot for correspondence. The wide window openings are highlighted by plaster frames slightly darker than the façade. The façades are painted plaster, smooth in texture, and the monumentality is emphasised by large elements, restrained decoration, and uncluttered, clean planes. From the street side, the roof of the building may appear to be superposed. Indeed, it is single-sided. It has a slight slope towards the courtyard and is cleverly concealed on three sides by raised brick parapets crowned by a continuous cornice. The static nature of the building’s composition is reinforced by nuances in form, elements, and colour. 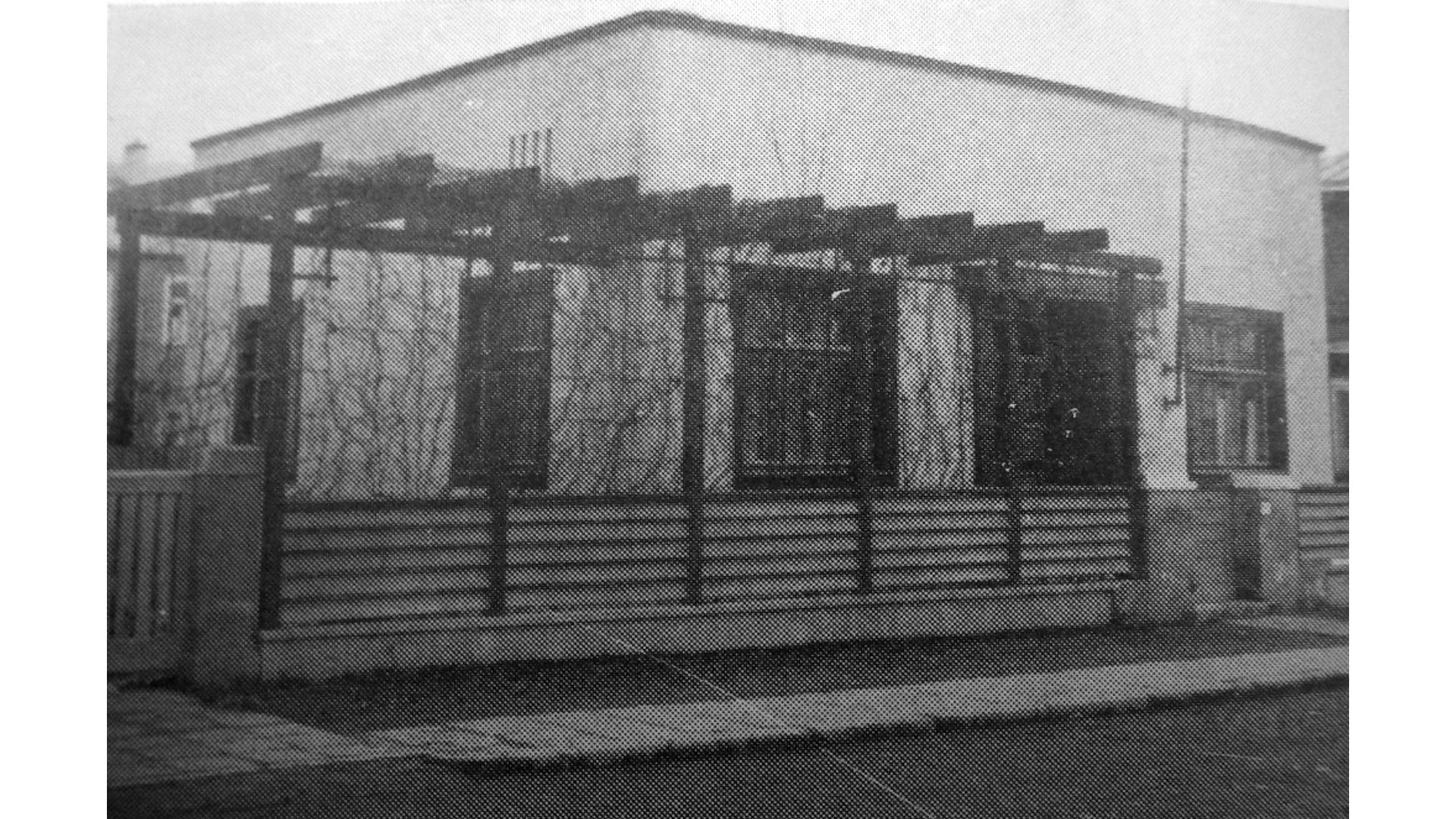 The plot is separated from the street by a wooden horizontal board fence. Shadows fill the gaps between the angled boards, giving depth to the fence. The wooden gate is framed by rectangular stone columns and surrounded by a pergola of vines. The fence, which comes alive on a smaller scale and in the kismet of light and shadow, becomes a dynamic counterbalance to the restrained composition of the villa and maintains the integrity of the artistic form of the complex. A few years after the end of Pacevičius villa construction, in 1937, the house was awarded the Kaunas City Council Prize “for the most beautiful and comfortable brick house”. 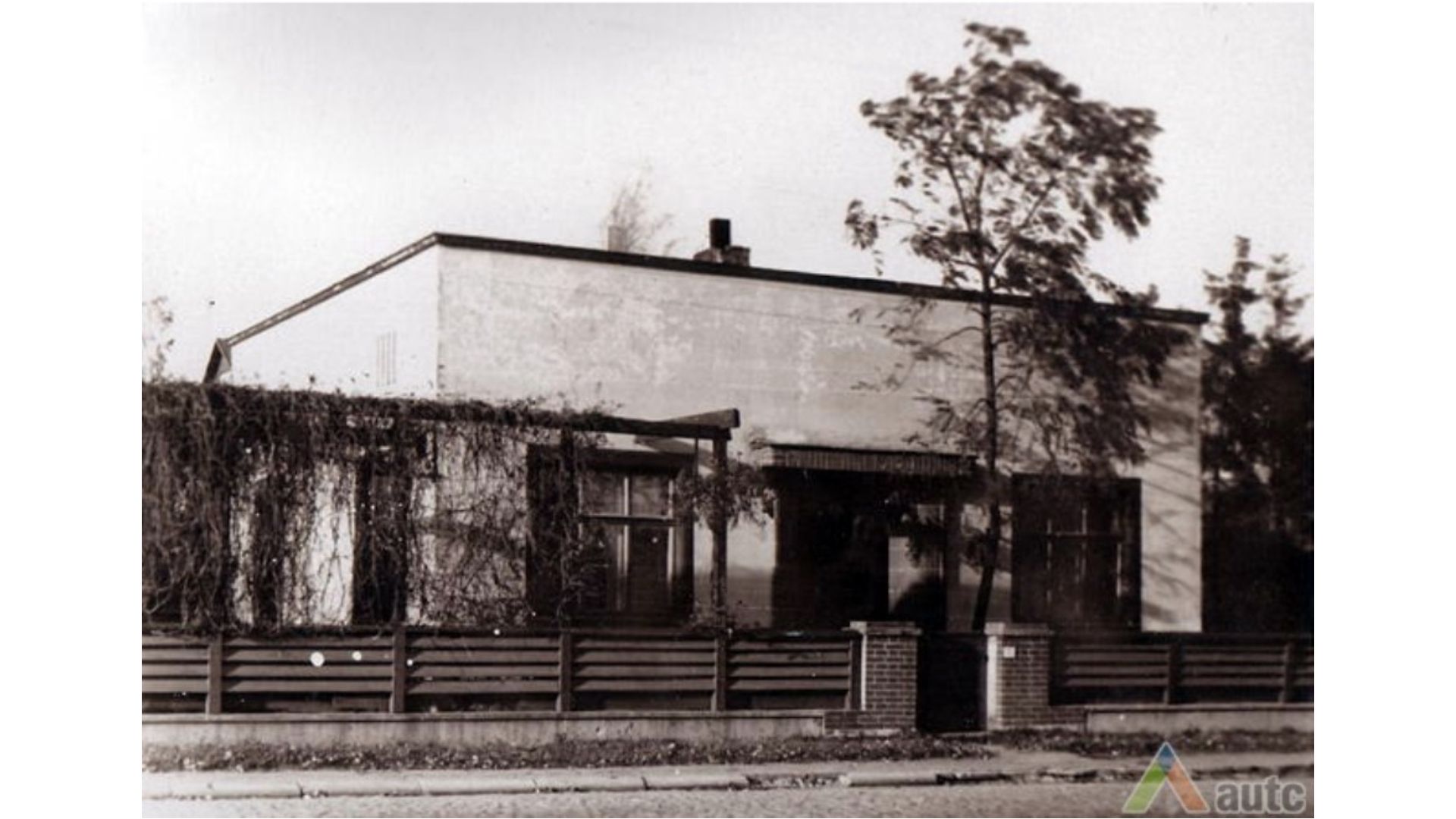 Architect Kopylov achievements can be seen even earlier. His architectural studies at the Higher Technical School in Prague in 1935 were awarded the highest marks. The architect also points out that his work in various design competitions during his studies has won him as many as 6 prizes. It is worth noting that the studies take a particularly long time, even up to 8 years. Active design work and eventually marriage mean that the architect spends more time in Kaunas than in Prague. The architect’s abilities were also appreciated by the most prominent Kaunas designers of the time, with whom Kopylov worked until the beginning of his studies in Prague. He was an assistant to Mykolas Songailas, Vladimiras Dubeneckis and finally Vytautas Landsbergis-Žemkalnis, who, by the way, described Kopylov as a “very cool guy.”

After leaving Kaunas with his family in 1936, the architect moved to Telšiai, where he became the city’s junior engineer and a teacher in the craft school. In Telšiai, he designed the only cubist church in Lithuania. Kopylov’s aspirations for perfection and self-realization colour the architectural sky of interwar Lithuania with unique creations. Memorable objects that have survived to this day seem to commemorate the architect’s bold search for uniqueness. Unfortunately, when the architect fled to Germany in 1944, his traces were lost there.