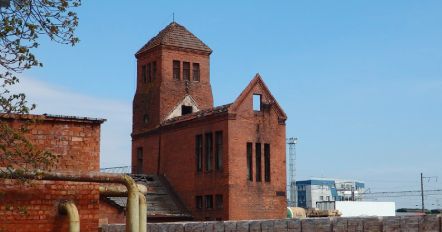 “Let’s place all the mossy huts to the museum!” – a nationally modern idea of ​​bricked Lithuania”

During 1920s, a number of industrial enterprises were created, which became important pillars of the state economy. As in the case of “Maistas”, “Pienocentras” or “Palemonas”, these were not only Lithuanian capital-generating companies generating revenue for the state treasury, but also companies behind the long-term and visionary strategic goals of state modernization. For example, in the case of “Maistas”, these were the export of meat products abroad, the modernization of the Lithuanian food industry and the supplying of the local market, and in the case of “Palemonas”, the implementation of the bricked Lithuania idea.

“The brick industry was small, irrationally designed and badly managed. Bricks were always more expensive than forest material and they were still in short supply. […] The choice of building material was determined by the price and the lack of craftsmen in brick construction. For a long time, there were more wooden construction craftsmen in Lithuania than brick ones.” 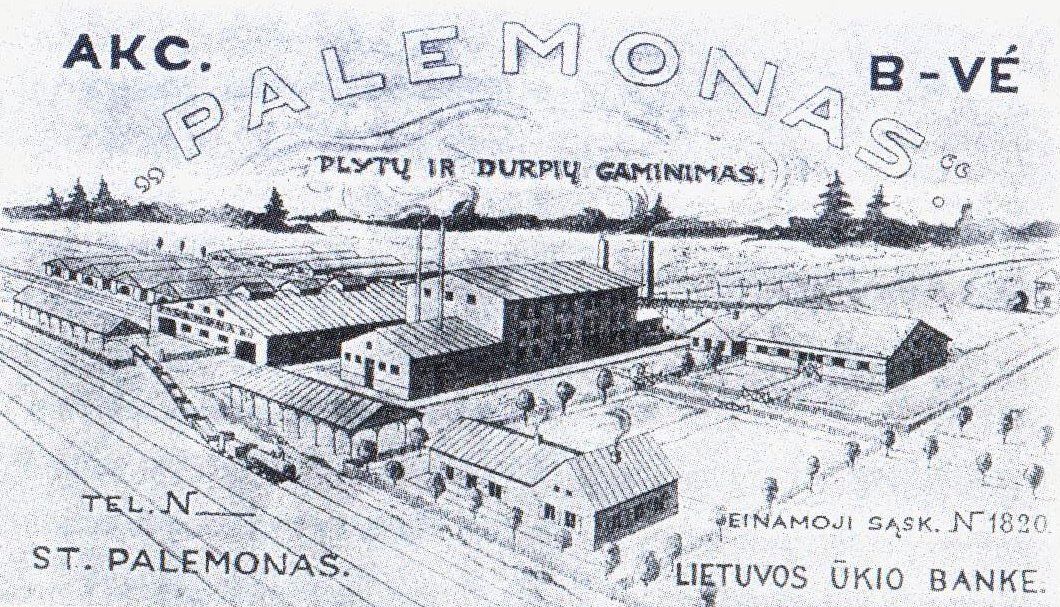 Also, wooden architecture still dominated in Lithuania. In 1937 brick buildings still accounted for only 6% of all buildings, although 38% of brick houses were already under construction in cities that year. At the state level, the Brick Construction Program was only approved by the government in 1939 and provided for: the establishment of rural bricks, an increase in brick production, a reduction in cost, the application of standard projects, the establishment of a state-owned construction company, and many other modernization activities. This plan not only had to modernize the Lithuanian economy, but also, according to the organizers, had an important cultural significance, as it was aimed at improving the environment and quality of life.

“The ill-fated psychological attitude that brick buildings are only available in cities, and only for richer people, has hindered its spread. Many people still do not think that extensive brick construction throughout Lithuania (both urban and rural) is possible and necessary.”

The largest industrial brickyard in Lithuania

At that time, the most rational were considered industrial bricks with Hoffman or zigzag furnaces. It was also important to reduce the cost of transporting bricks, so it was recommended to build them as densely as possible and as close as possible to convenient transport roads – railways and rivers, so that the delivery of bricks would be as cheap as possible.

In 1923 “Palemonas”, the largest and most modern company producing high-quality bricks and tiles, was established, supplying the country with 7-8 million. bricks, which were also used for the construction of many Kaunas buildings. It was established by the efforts of the Vailokaičiai brothers, Vladas Geiga – a mountain engineer, and several other businessmen of the time, who raised an initial capital of 1,200,000 Litas. A very modern brick production line was installed next to the railway. Basically, they were large sheds: dryers and warehouses, a boiler house and a combustion building, but all the objects in the company were geometrically and neatly arranged, the buildings were utilitarian but unified in composition and materials, the administrative and residential areas were separated by greenery.

“We were affected by the ill-fated belief that wooden huts were warmer and healthier to live in than brick ones. And in fact, poorly built wooden huts are damp and cold, much like badly built brick huts. Well-equipped brick huts are as healthy to live as well-equipped wooden ones, because after all, the entire civilized world lives in them.”

In the post-war years, the “Palemonas” brick-and-tile factory assembled equipment looted during the war and produced more and more products every year. Neveroniai and Karčiupis quarry clay is still used in production. Sand and sawdust are also needed as additives. It is the only remaining brick factory in Lithuania, which is currently managed by company “Palemono keramika”.