The Vytautas the Great War Museum 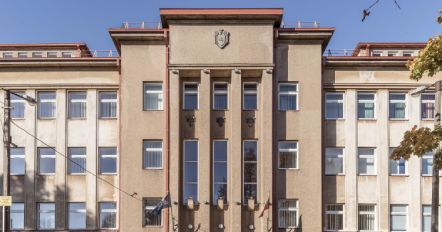 This huge and monumental building was a Žaliakalnis jewel. Grandeur was evoked by the broad steps leading to the school from the street. The school`s architectural image is akin to classicism. The building consists of four blocks: the main long one along the street and three wings adjoining on the yard side. The central one has the halls: on the first floor there is the sports hall with showers; the second floor contains the festive hall; and on the third there is a huge space for drafting. The side blocks have various teaching and learning rooms. About 700 students could have studied in the school at any given time: the school educated, among others, construction technicians and had an architectural division.