The civic center of Zapyškis 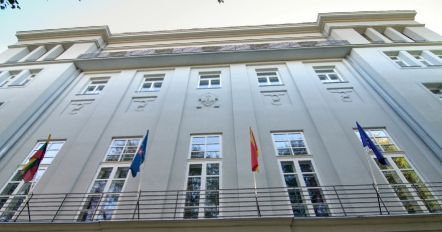 Currently Cultural center of the Kaunas University of Technology

Office of the Catholic youth organization

The intelligentsia, which created the ideological basis of the organization, was actively involved in the activities. The organization was led by famous philosophers, writers, politicians and other public figures. 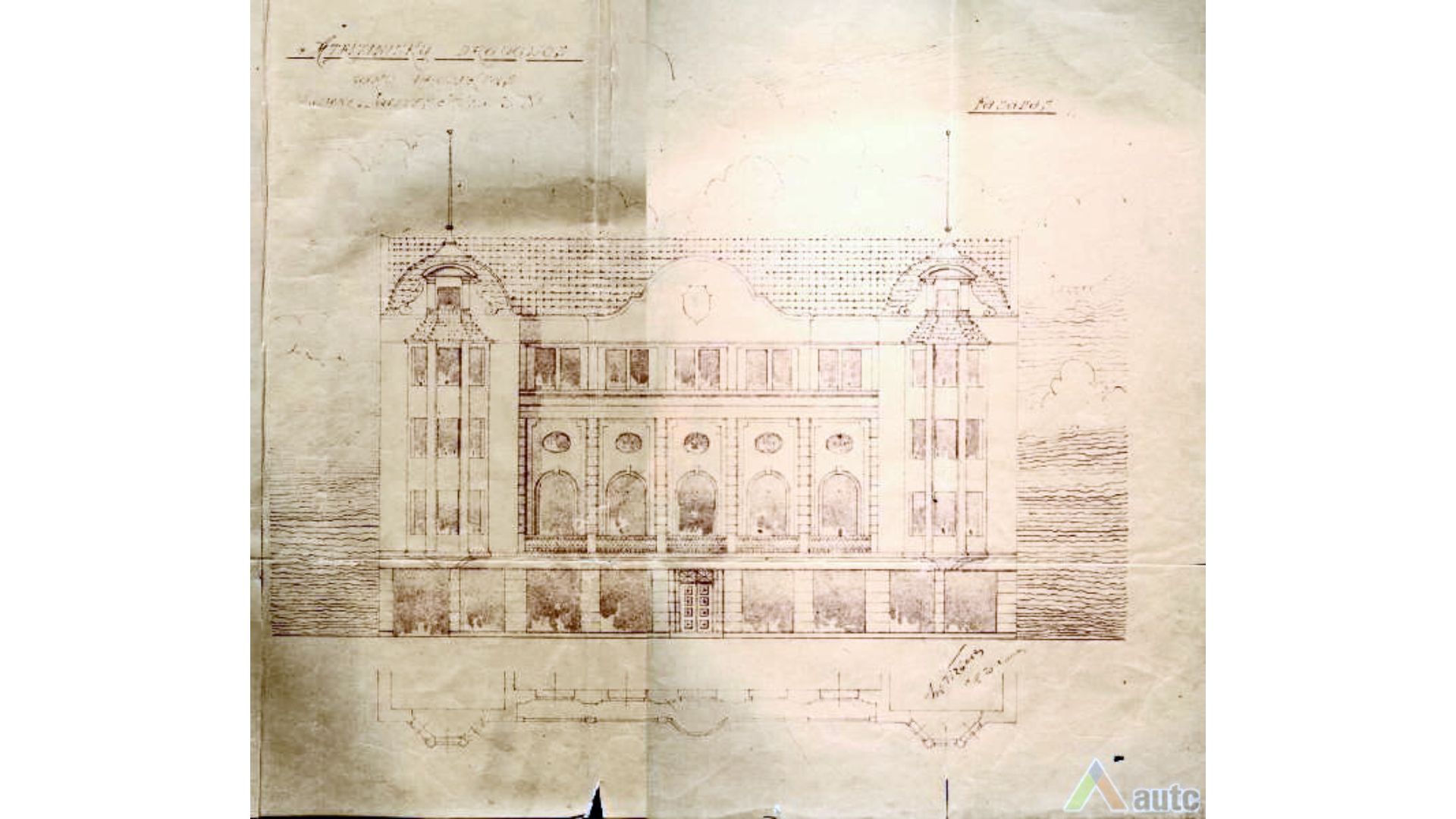 One of the principles of the federation – sociability – was implemented through active participation in the cultural, social and religious life of the society, organizing mutual assistance and education. All these features were planned to be embodied and implemented in the organization’s headquarters and its architecture.

Knowing the organization and its ideological principles, as well as drawing attention to the fact that the building was built in the 1930s, it is not surprising that the first design project was featured with neo baroque features. However, the history of the building and its current image reveals the interesting views and creative principles of two different generations of architects. For unclear reasons, few years later after the construction it was decided to repair and to modernize the building. The reconstruction was finished in 1933. The author of the reconstruction was engineer A. Šalkauskas. The first architect of the building was extremely critical of the modernization, calling it a “square box” style. 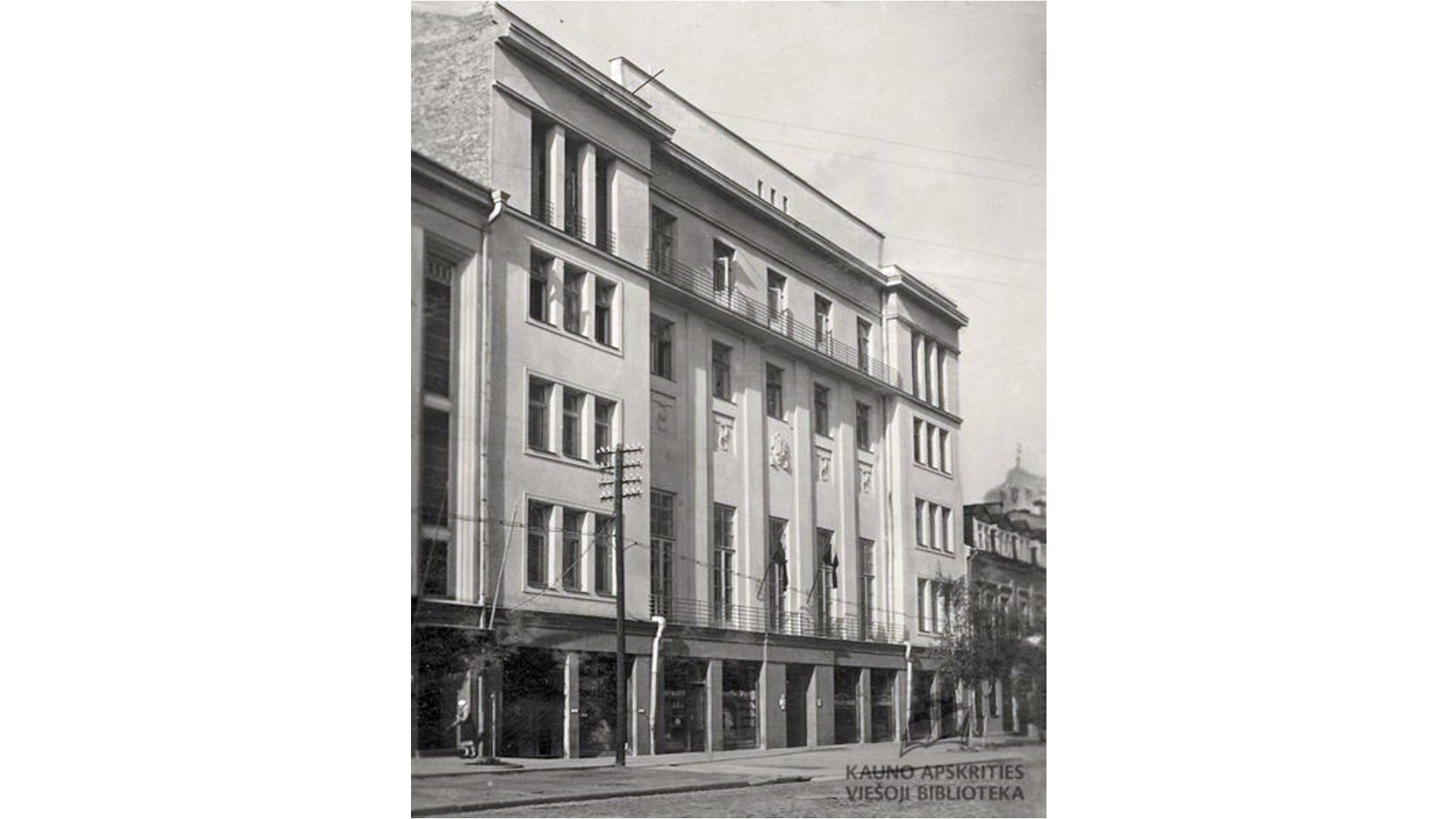 After adjusting the project, the savings were allocated for the construction of an additional – fifth floor. Various functions were concentrated in the building after it opened its doors: a student canteen was installed in the basement, the profitable first floor was rented for commerce (there were large windows for shops), a large event hall was located on the second floor, a primary school, various editorial offices, a bookstore, and a student dormitory on the upper floors.

At the beginning of the occupation, the activities of the organization were declared anti-state, and the property was nationalized. After the war, the building was used by Kaunas University, and later by the Polytechnic Institute. Now they are home to the Culture Center of Kaunas University of Technology.