During the Interwar Period, Kaunas and Kaunas District have become the epicentre of significant events taking place in Lithuania and Europe. This period has left over 6000 buildings created in the modernist spirit that have survived to this day. But these are not only buildings, but also places, their authors, builders, and promoters. Their destinies too. To have such a condensed heritage enriched by various individual stories and meanings is a great treasure. It is a living testament of history from the period of prosperity and modernisation that changed the everyday habits and coincided with great changes in European and global cities, urban places and their residencies. Within a short period of time, modernism has become a dominating style of architecture. However, today, most of these buildings are in poor condition, forgotten, abandoned or even empty. What can we do to change it? First of all, to create an emotional connection with this heritage.

The programme of Kaunas 2022 European Capital of Culture “Modernism for the Future” is an open space for initiatives and meetings, welcoming professionals from various fields, building owners, heritage community and representatives of cultural initiatives for discussions, idea workshops, art and culture who together create the strategy for preservation, interpretation and dissemination of modernist heritage. Our goal is to awaken responsibility for the environment that surrounds us and create an emotional connection with the urban landscape and culture. The title of the European Capital of Culture is an accomplishment that enables a powerful impulse to create the success story of preservation of modernist heritage, where heritage is created by creating a contemporary presence.

The aim of the project is to strengthen the identity of Kaunas as a modernist city. The number 360 symbolises all possible perspectives of modernism: cultural, political, economic and more, whereas the number 365 asks us to notice the heritage of everyday. It is more than just visiting churches and museums on special occasions – it is also the architecture of our common surroundings: residential buildings, industrial and entertainment facilities. The project includes the heritage community, gathered on the basis of the website www.modernizmasateiciai.lt/en, collecting and sharing knowledge about modernist objects, their residents, and events of Kaunas and other Lithuanian and European cities. Dissemination of good practice, creative workshops, educational activities, as well as calls for artistic interpretations of modernism and art projects in modernist spaces are all part of the programme of the project. Moreover, there are various collaborations with local and foreign partners planned. Calendar of events. 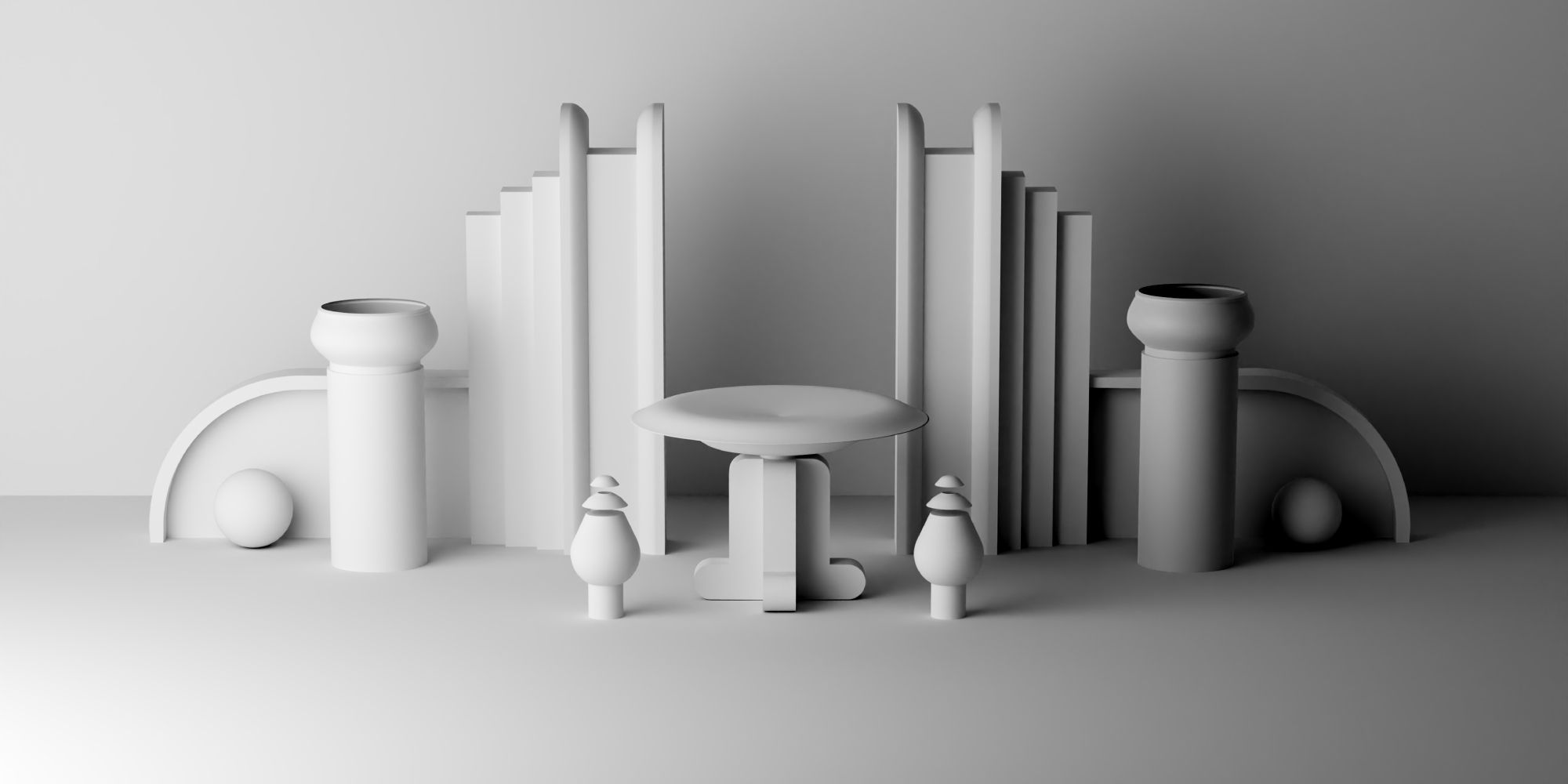 This was a two-year project in which participants from “Kaunas – European Capital of Culture 2022” (Lithuania), “Institute of Culture Strategy ” (Lviv, Ukraine), interdisciplinary arts centre “Vaizard, z.ú.”(Brno, Czech Republic), regional development associations in the Kortrijk region, inter-governmental heritage organisation “Intercommunale Leiedal” (Belgium) and “White City Center” (Tel Aviv, Israel) invited artists, together with local researchers and the heritage community, to create 17 artistic projects in modernist buildings. These 17 unique projects strengthened the narrative of Europe’s modernist heritage and were seeking to reflect its current significance for the global society. The final results of the project were presented at the opening weekend of the European Capital of Culture 2022 exhibition in Kaunas Central Post Office building. More about the project and final exhibition. 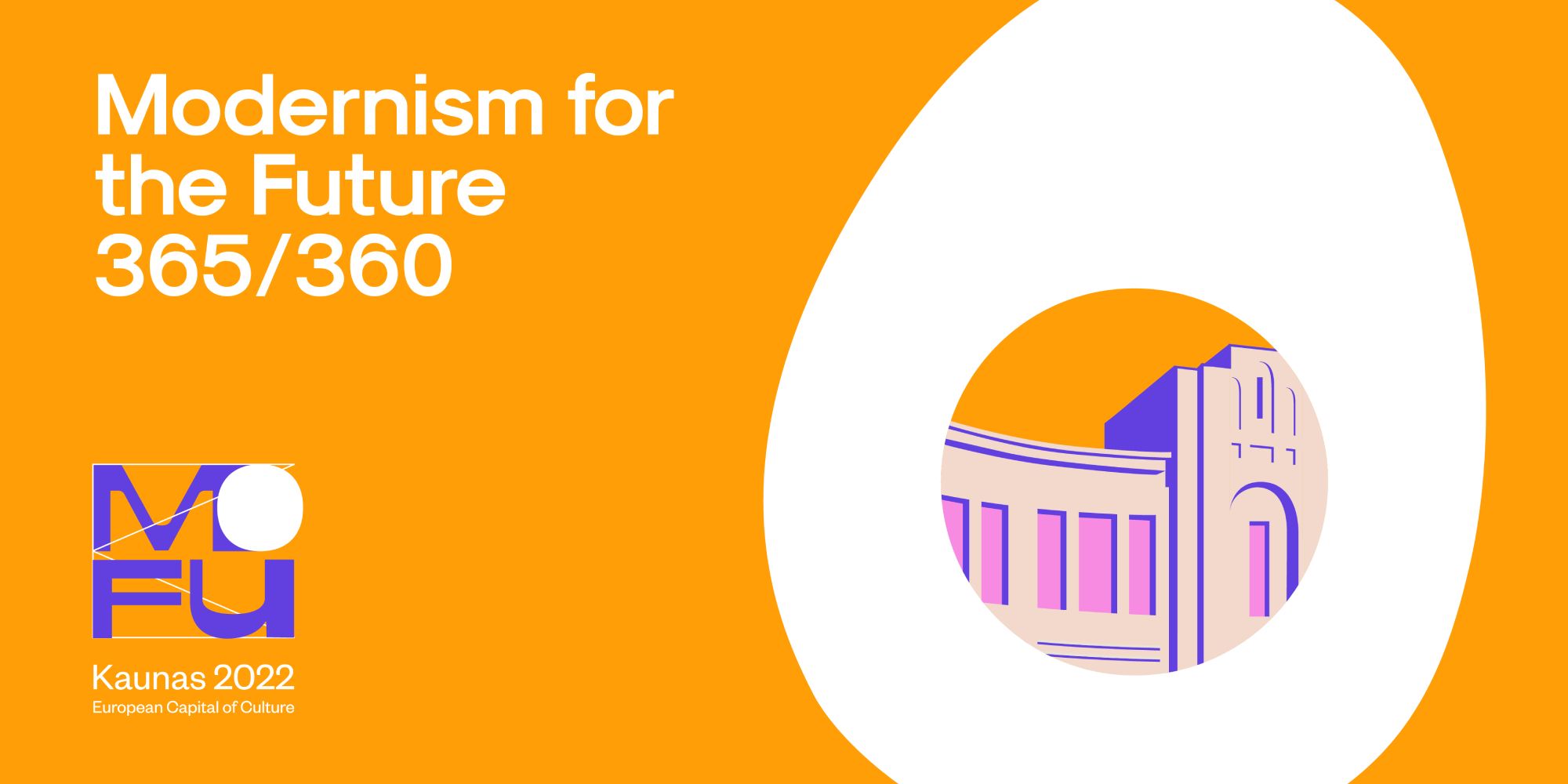 Klostės ( translated as Pleats or Folds) is a 67 min. long Black & White non verbal film created by the People of Kaunas Lithuania together with Artist & Film-maker Aideen Barry. The film takes inspiration from Kaunas interwar modernist architecture and the hidden histories associated with the magical city. The author of the project is Aideen Barry – a professional visual artist from Dublin, Ireland. Using a variety of materials and methods for her projects, she analyses and interprets the historical, cultural and community context of a location. Aideen encourages engagement of the local community in her projects, with the film production process being organised as more of a fun collaborative learning effort. Launched in 2020, the Heterotopia film project (later Folds) invited pupils of Kaunas, students of Visual and Audio Arts, volunteers, residents of modernist buildings, creative writing enthusiasts – people of different age range and interests – to participate in the process of its creation. The film is set to premiere in Kaunas, Lithuania on the 21th of September, 2022, in a legendary movie theatre “Romuva”. It will be also presented in various international film festivals during the year. More about the project and the film.

Lithuanian Artists’ Association (LAA) is a volunteer-based, non-profit creative organisation uniting professional artists and art researchers. LAA encourages, popularises and ensures copyright protection of the creative works of its members. Moreover, the organisation initiates various art projects independently, as well as in cooperation with other art organisations and public institutions. In 2022, the Kaunas territorial division of Lithuanian Artists’ Association will be launching the 100 Images of Kaunas project: a series of creative works and curated art exhibits located in 40 public and residential spaces of Kaunas and Kaunas District, built during the Interwar period.

The Reciprocal Residency Programme DeMo (Decoding Modernity) is an exchange programme during which the residents will have the opportunity to analyse the developmental processes of modernity in various social and cultural contexts. DeMo, a three-year programme (2020-2022) of Kaunas Artists’ House, together with the Derry ~ Londonderry Center for Contemporary Art, the thankyouforcoming residency program in Nice, the Culture Center LAB in Novi Sad, and other partners invites artists, curators, researchers of the cultural field, and multidisciplinary collectives to explore potential connections, overlaps and divergences between the different forms and expressions of modernity.

The Kaunas division of the Lithuanian Union of Architects will be launching two projects in 2022, with the aim of analysing and creatively retelling the history of Kaunas architecture during the 20th century. The first project, [In]visible Architecture by Rasa Chmieliauskaitė, aims to engage people with visual impairments in learning about their architectural environments through the use of new tactile tools. The second project, Architecture of Desire by Tautvydas Urbelis, is a continuation of international partnership with the Architecture of Shame project that took place in Matera, Italy, in 2019. There, the artists analysed the expression of shame in local architecture, whereas this time the author will be presenting a creative interpretation related to the expressions of desire in spaces of Kaunas City.

Good Music Live (Gera Muzika Gyvai in Lithuanian) is a non-profit organisation, established in 2006. Their aim is to acquaint the Lithuanian audience with world music – a genre of music that embraces both modernity and traditionality by merging deeply-rooted traditions with the feelings and experiences of a modern person. In 2022, Good Music Live will be presenting the music programme World Music for Kaunas – a series of events in modernist buildings of Kaunas and Kaunas District, with concerts taking place all year round in apartments, public buildings and spaces built during the Interwar period.

Digital Tsunami is a platform for underground music that was founded in 2013, with the focus on quality electronic music. The festival Optimismo will celebrate modern electronic music and architecture, employing contemporary experimental music to reveal the relevance and value of modernist heritage and architecture in Kaunas. In 2022, Digital Tsunami will be enriching numerous spaces of the city with a symbiosis of music and contemporary technological solutions.

Kaunas Dance Theatre AURA is the very first theatre of modern dance in Lithuania, with the aim of continuing on the legacy of Danutė Nasvytytė and Kira Daujotaitė, the pioneers of modern dance in Lithuania. AURA has participated in many international events, representing Lithuania’s modern dance scene in 28 countries (Australia, Great Britain, Greece, Canada, France, Russia, Finland, Sweden, Germany and more), and has performed at more than 160 festivals. The project Pulsating Modernism of Kaunas by AURA includes a series of interactive guided excursions that are accompanied by live performances. Set to be initiated in 2022, the programme will provide the opportunity to get to know the modernism of Kaunas from a different point of view.

Kaunas Photography Gallery is one of the most active galleries in the city, organising and carrying out the dissemination of photography and its culture not only in Lithuania, but abroad as well. Such goals are realised in various forms, from art exhibitions to artist or curator exchanges. What is more, for the last decade, the gallery has been actively partaking in book publishing. The Gallery is currently organising a programme of residencies Photography – A Document for the Future, which will provide the opportunity to analyse and represent the modernism of Kaunas in an international context. The project will be welcoming residents from Germany, Scotland, the Netherlands and more to present their own interpretations of Kaunas modernism.

“Eksursas” is informal voluntary team of young professionals and volunteers from various fields, inviting to get acquainted with the architecture of Kaunas modernism and the unique heritage of the city through various excursions. The main activities of this initiative are preparation for excursions: visits to buildings, acquaintance with the owners, research of archives and implementation of the excursions themselves. During them, on the basis of scientific research of architecture and the city, public education is carried out, opportunities are created to “experience” heritage and architecture verbally, visually and through physical experience. During 2021 and 2022 various types of Kaunas interwar modernism architecture will be studied, the most prominent personalities of architects, their works and, of course, wider interwar social phenomena will be presented.

The National M. K. Čiurlionis Art Museum, established in 1921, is one of the oldest and largest art museums in Lithuania. It is the only place in the world where almost all the creative legacy of the most famous Lithuanian artist, composer, writer and public figure M. K. Čiurlionis (1875–1911) has been accumulated. This museum also owns departments located in significant buildings of Kaunas modernism, some of which are memorial apartments of famous interwar personalities, as well as the most necessary object of the First Republic’s political history – the Historical Presidency of the Republic of Lithuania. In 2022 the museum will implement the project “Arnas Funkas – the Creator of Functionalism”, which will present the personality and work of this famous interwar Lithuanian architect in Kaunas.

An international documentary film festival that seeks to ask awkward questions through film art, inspire viewers with real stories, and foster positive change in society. Despite the festival’s social mission and non-commercial nature, NEPATOGUS KINAS is also one of the most visited film events in Lithuania and the only film festival of its kind in the Baltic States, attracting more than 15,000 visitors annually. The International Human Rights Documentary Film Festival, which has been held annually since 2007, is unique in its program and format. In 2022 the festival will invite visitors for film screenings in the spaces of Kaunas interwar modernism.

Patrons of the project: