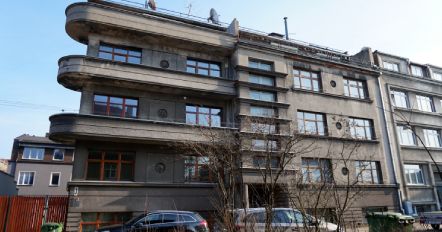 The house belonged to Elijošius Šnaideris. It was built in just half a year! Each floor had two apartments: one three-room, one four-room. As was customary, the best rooms were joined by sliding half-doors; on the courtyard side near the kitchens there were two small rooms for the maids; but there was no second, household staircase, probably for space-saving reasons; there was, however, an elevator. In order visually to decrease the apparent height of the house, the fourth storey was made narrower than the lower three. The house stands out for its elegance, its lovely shapes and proportions no less than its well-chosen details of which Kudokas was a real master. And the flowing balconies with their rounded-out ends endow the building with extraordinary gracefulness. 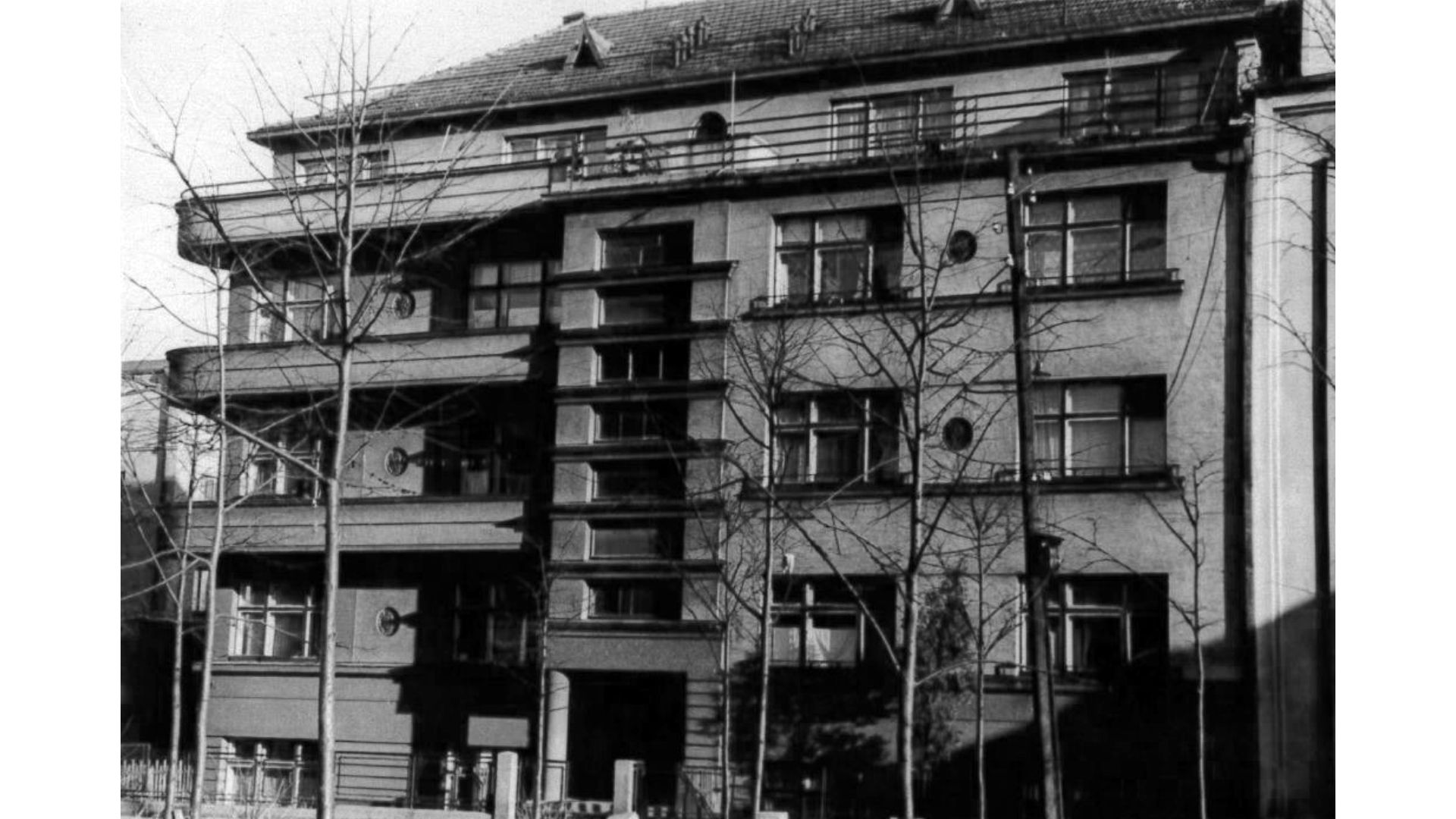 Photo of the house, 1938. Source: Lithuanian Registry of Cultural Heritage.

Unfortunately, we know little about the owners and residents of the building. Only so much that its owners did not enjoy the newly built house for a long time. According to the list of Lithuanian Jewish deportees, the owner of the house Elijas, his wife Liuba and their daughter Ruta, born in 1938, were deported to the Tomsk region, Siberia in 1941. 2015 According to the decision of the European Commission, 44 objects of Kaunas interwar modernism architecture were included in the list of the European Heritage Label, including this house.

Interview with Violeta, a resident of the house